Trybe app users can make money off their posts; platform has high-level support from local investors and big names, such as Nickelback singer
Oct 4, 2020 4:00 PM By: Nathan Taylor 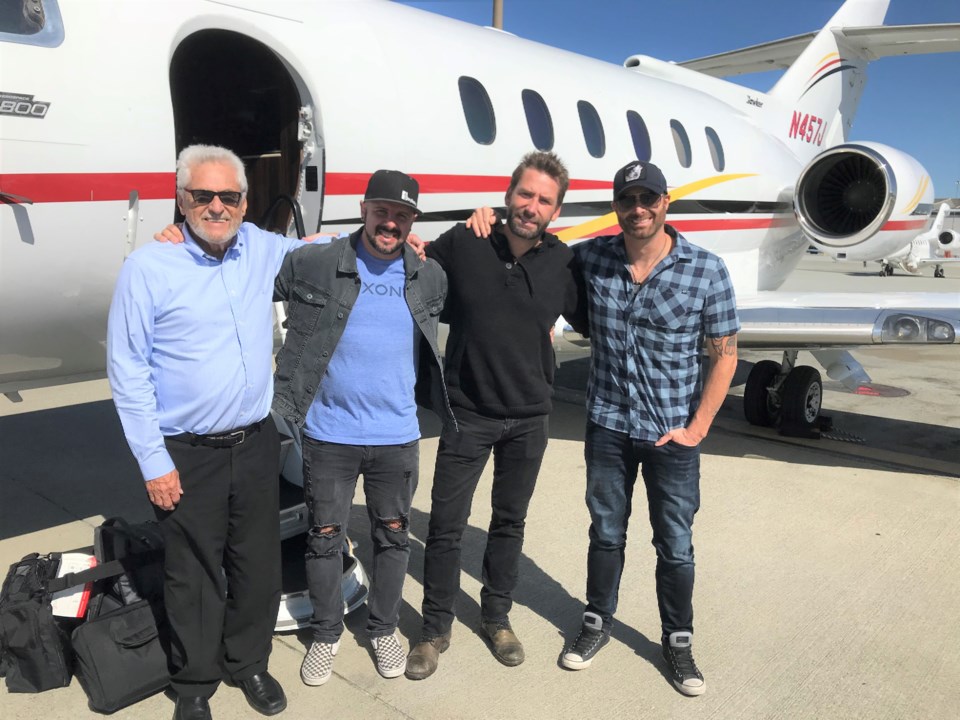 A former Orillian is hoping a new social media platform he co-founded will pay off — for the users.

Dan Swinimer, who grew up in Orillia and now lives in Surrey, B.C., is among the founders of Trybe, a new app that allows users to receive money for the attention their posts get.

The idea came about after Swinimer’s friend, Felipe Freig, realized how much attention his son’s videos of scooter tricks were receiving online.

“He had an issue watching his son getting close to semi-pro status as a scooter rider,” Swinimer said, noting the boy practised for hours, spent plenty of time editing the videos and invested money on equipment. “He’d get a lot of ‘likes,’ but that was it. Felipe said, ‘There’s got to be a way to monetize this.’”

Swinimer and Freig sat down to discuss that idea further, and Trybe is the result.

Users will have the option to simply ‘like’ content on the app, but they can also reward other users by sending “gems,” Swinimer explained, in various amounts, starting as low as 10 cents. A post that goes viral on Trybe could mean big bucks.

He even used that example when pitching to investors. It worked. Enough people have come on board to make the Trybe idea a reality.

It wasn’t as simple as that, though. Founders Swinimer and Freig knew they needed someone with ample business experience as well as someone who had friends in high places.

So, they pitched the idea to Bill Swinimer, Dan’s father, an Orillia man who founded Uniplast Industries.

“That’s the single best thing we did,” Dan said of bringing his dad on board as a partner.

They then pitched Chad Kroeger, lead singer of Nickelback and co-founder of 604 Records.

Dan, who owns the production company Manicdown Music Inc. and used to perform with Freig in the band Jet Black Stare, met Kroeger as a result of them having the same manager.

When the idea of Trybe was explained to Kroeger, “Chad just went off,” Dan recalled.

Kroeger is now a partner and has sung the app's praises through posts on social media. Avril Lavigne also gave Trybe a shout-out in a post to her 21 million Twitter followers.

Kroeger’s confidence in Trybe and what it could mean for musicians was obvious. Before long, Freig, Dan and Bill were on Kroeger’s private jet, bound for California’s Silicon Valley.

Bill has a good friend there who has invested more than $2 billion in start-ups.

“I sent him the idea and he thought it was great,” Bill said.

Word began to spread among investors and the project took off, and that’s when Bill was officially brought on board to help set up the company.

“It’s really been fun, and we’re now at that stage where it’s really getting traction,” Bill said, noting about 25 per cent of Trybe’s shareholders are from Orillia.

Bill believes the app will be “the next big one” in social media. He foresees those who use other platforms, like Instagram, including social media influencers, making the jump to Trybe.

“Our platform will do all the things you need in one platform,” he said. “It has endless possibilities.”

Dan also thinks so, and that was thanks to the experience in Silicon Valley.

“I was a little skeptical that someone had not come up with this already. It’s such a simple idea,” he said.

When investors told him they, too, were surprised a similar app hadn’t been developed yet, “that was our green light,” Dan said.

He described Trybe as a “win-win” for users. Whenever they reward another user, they have the ability to have their own posts boosted.

“The more people who see your post, the better chance you have to make money,” he said.

That user incentive could also pay off for charities that might use Trybe, he added.

Trybe is still in the beta-testing stage and is expected to officially launch to the public in a month or two.