The risk to Ontarians is still low, according chief medical officer of health for Ontario
0
Jan 25, 2020 7:41 PM By: Canadian Press 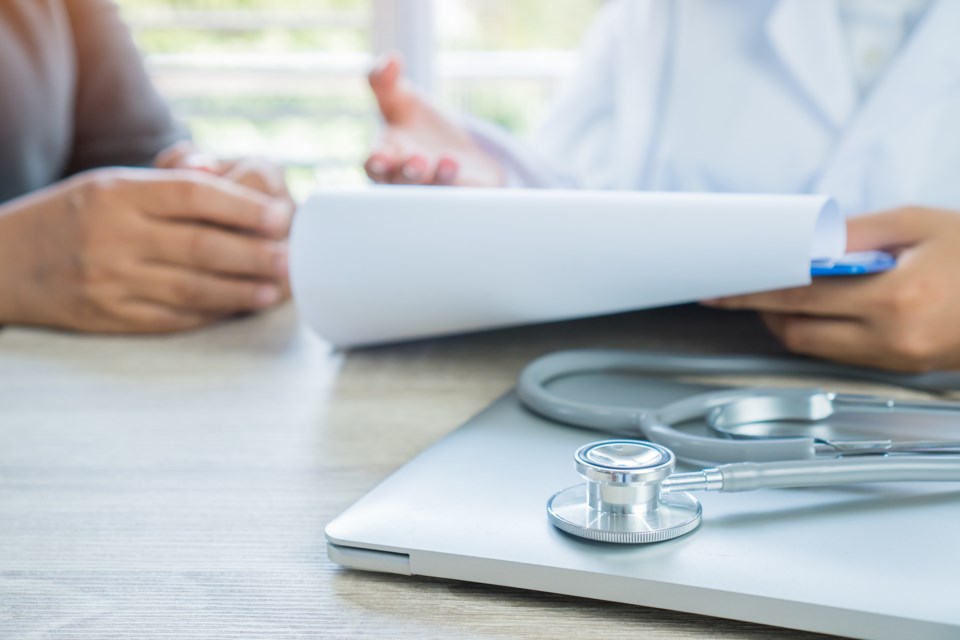 TORONTO — Health officials in Ontario have confirmed the first presumptive positive case of the new coronavirus in Canada.

Dr. Barbara Yaffe, the province's associate chief medical officer of health, said a man in his 50s who had travelled to Wuhan, China, was taken to Toronto's Sunnybrook Hospital and is now in stable condition in a negative pressure room.

"We were notified of the lab result today, in the middle of the day," Yaffe told a news conference in Toronto on Saturday evening.

"The emergency service was aware of his travel history and used full precautions."

While the case has been confirmed by a test in Toronto, officials said it has yet to complete separate testing by the National Collaborating Centre for Infectious Diseases in Winnipeg. The illness will officially be confirmed once it completes that testing.

The news of Canada's first coronavirus patient comes as authorities around the world grapple with the new type of virus, which originated in China but has since spread to Europe and North America.

Authorities around the world have confirmed more than 1,200 cases so far, including three in France and two in the United States.

Dr. David Williams, chief medical officer of health for Ontario, told the news conference that the province's health system acted as it should.

"As a result, the risk to Ontarians is still low, and things are managed and well-controlled," Williams said.

While 41 people have died of the virus in China, the World Health Organization has not declared the outbreak to be an international public health emergency.

Toronto Mayor John Tory stressed in a statement following news of the city's first coronavirus case that health officials have made it clear the risk continues to remain low. He also expressed confidence in the city's top health official, Dr. Eileen de Villa, to coordinate the city's ongoing response to this disease.

"Our frontline healthcare workers are the best in the world and have procedures in place to keep people safe," Tory said.

The new virus comes from a large family of coronaviruses, some causing nothing worse than a common cold. But in late 2002, a coronavirus named severe acute respiratory syndrome erupted in southern China, causing a severe pneumonia that rapidly spread to other countries. SARS infected more than 8,000 people and killed 774, including 44 Canadians. Toronto was hard hit in that outbreak.

In 2012, another coronavirus dubbed Middle East respiratory syndrome began sickening people in Saudi Arabia. MERS is still prevalent, causing small numbers of infections each year. The World Health Organization has counted nearly 2,500 cases in the Middle East and beyond, and more than 850 deaths.

SARS and MERS came from animals, and this newest virus almost certainly did, too. The first people infected visited or worked at a seafood market in the Chinese city of Wuhan, which has gone into isolation since the outbreak.

Bustling streets, malls and other public spaces have turned eerily quiet, masks are mandatory in public, and some hospitals have run low on medical supplies. Transportation has also been shut down in roughly a dozen Chinese cities, home to roughly 36 million people.

Canadian officials have said such mass quarantines are unlikely, even if the virus spread here.

It is not clear how lethal the new coronavirus is or even whether it is as dangerous as the ordinary flu, which results in 12,200 hospitalizations and about 3,500 deaths yearly.

The federal government has beefed up measures at major airports in Toronto, Vancouver and Montreal.

Visitors are now being asked about any travel to Wuhan in the past 14 days, and a positive response would trigger further investigation.

This report by The Canadian Press was first published Jan. 25, 2020.

VIDEO: Yo! Check out these Mexican delights
Feb 21, 2020 5:00 PM
Comments
We welcome your feedback and encourage you to share your thoughts on this story. We ask that you be respectful of others and their points of view, refrain from personal attacks and stay on topic. To learn about our commenting policies and how we moderate, please read our Community Guidelines.