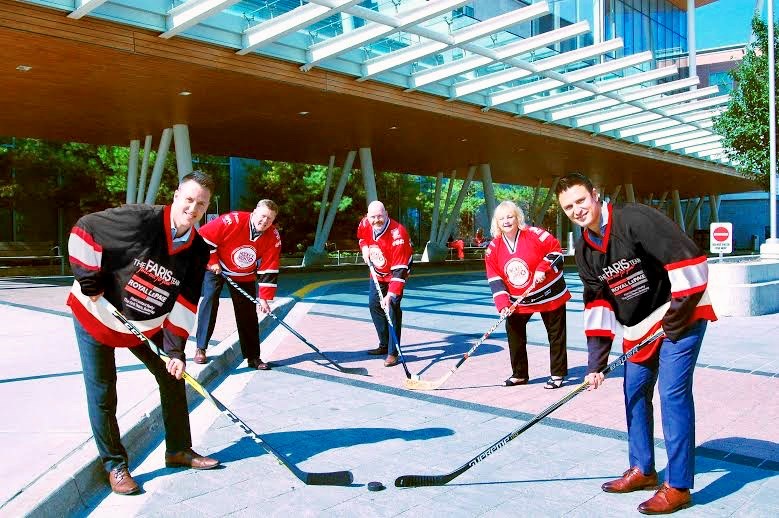 The Faris Team’s own Sales Representative, Joel Faris, will be lining up against some of today’s biggest names in hockey, as well as NHL alumni, celebrities, and local dignitaries at the tenth annual Hockey Night in Simcoe County. For the second year, The Faris Team is the title sponsor of the event, which supports Royal Victoria Regional Health Centre, Georgian Bay General Hospital, Orillia Soldiers’ Memorial Hospital, and the Barrie Colts Foundation.

“I’m very excited to be a part of this event. I feel blessed to be a part of a team that fully believes in giving back to the community,” said Joel Faris. “Our health is something that we take for granted until something happens. We are so lucky to have such amazing hospitals throughout Simcoe County.”

In the last nine years, Hockey Night in Simcoe County has raised over $1.8 million in support of local charities. Clearly, this event plays a vital role in helping to bring the best care to those who work, play, and live in the Simcoe County area.

“We strongly believe in giving back to our local hospitals in the communities that we serve,” said Mark Faris, CEO and Broker, Royal LePage First Contact Realty The Faris Team, Brokerage. “It’s a privilege to be part of such a large movement that Patrick Brown started with Hockey Night in Simcoe County ten years ago.”

Hockey Night is Simcoe County will be taking place on Thursday, Aug. 10, at the Barrie Molson Centre; doors open at 6:30 p.m., and the official puck drop is at 7 p.m. For more information on Hockey Night in Simcoe County, and to purchase tickets, visit here.