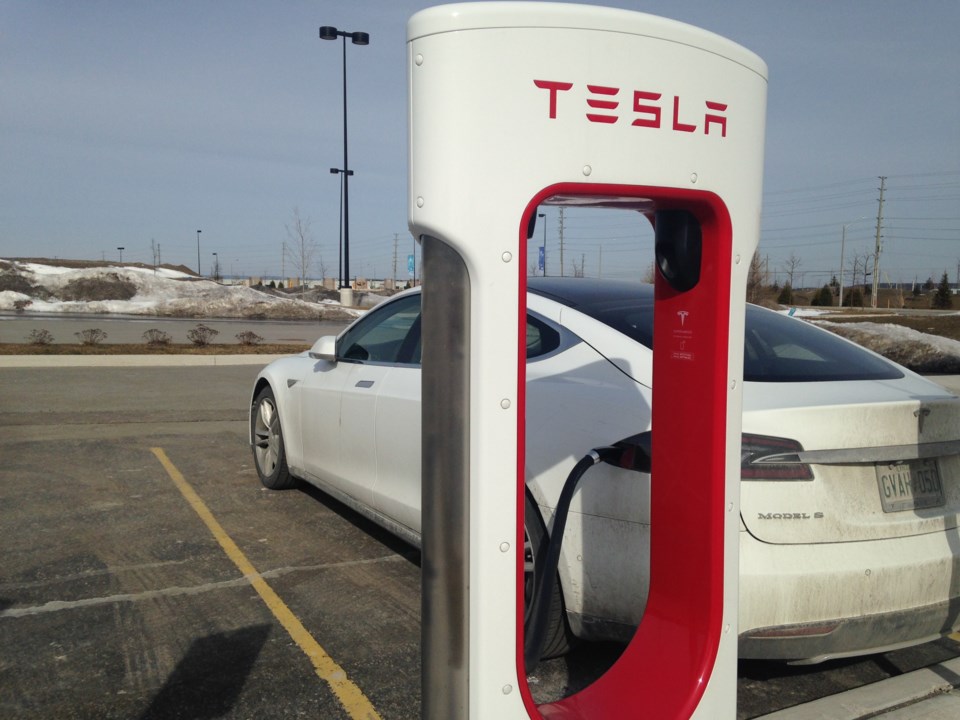 Car charging stations like this one will be popping up at a few locations in Simcoe County. Laurie Watt/BarrieToday

Ontario is helping travelers – particularly those heading to tourist destinations – charge up their cars.

The Ministry of Transportation awarded Simcoe County $267,350 for car-charging stations to be installed at the Simcoe County Museum, the Washago commuter lot and the Clearview joint emergency centre.

But Oro-Medonte Deputy Mayor Ralph Hough said Ontario got the locations wrong, as the county asked for a total of $459,000 for five stations at five sites; the two rejected were the Simcoe County administration centre and the Orr Lake roads garage.

“I certainly support the idea, but I was a little surprised at the locations. I would have thought there’d be much more traffic at the county building, rather than at the museum,” he said.

“I’m not sure how they arrived at the Washago lot. It seems to serve one group of people. I don’t see those as the most heavily used locations.”

Corporate performance general manager Trevor Wilcox said the province is focusing on travellers, not on assisting employees who commute with electric vehicles.

“The intent of the program is, it’s for the travelling public,” said Wilcox.

Each unit will have two types of connectors, the ones most commonly used in today’s electric cars, and therefore be able to charge two cars at once. Each site will have three “level three” stations.

Costs for a quick charge have yet to be determined, possibly about $10/hour.

FROM BARRIE WITH LOVE: What happened after the letters?
Aug 15, 2020 1:30 PM
Comments
We welcome your feedback and encourage you to share your thoughts. We ask that you be respectful of others and their points of view, refrain from personal attacks and stay on topic. To learn about our commenting policies and how we moderate, please read our Community Guidelines.