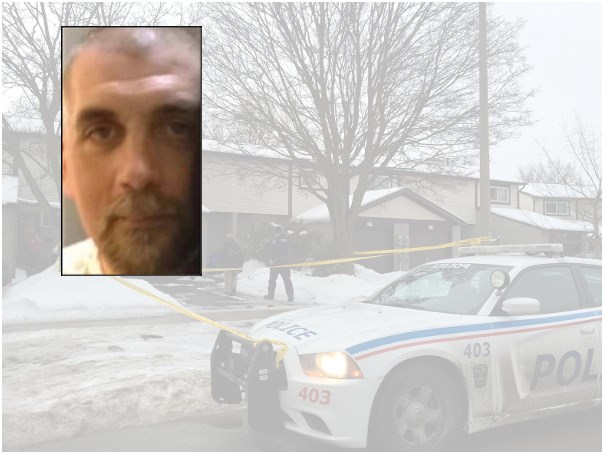 Robert Twiss (inset) is pictured in a Facebook photo.

A Barrie man accused of murdering two men in their north end townhouse has hired a Toronto lawyer.

During a brief video court appearance this morning in Barrie, Robert Twiss told the court he will be represented by Gregory Leslie.

The 45-year old Twiss is charged with two counts of first-degree murder in the deaths of Matthew Mallinson, 39, and his 73-year-old father Alan, who used a walker.

Barrie Police discovered the bodies of both men in their Eden Drive home Jan. 26 after the registered owner of a pickup truck involved in an OPP chase was traced to the home.

The victims may have been dead for up to five days, according to police.

An autopsy showed both men had been stabbed to death.

Police said Twiss had been living with the Mallinsons.

Twiss is also charged with causing an indignity to a human body and flight from police.

He was remanded in custody until Feb. 22 when he is scheduled to make another court appearance via video.

Mr. Leslie was not in court this morning but BarrieToday.com has reached out to him for comment.

Today's appearance was the second this week for Twiss who had a court date Tuesday.