Defunding South Simcoe police 'would mean return to enforcement only' 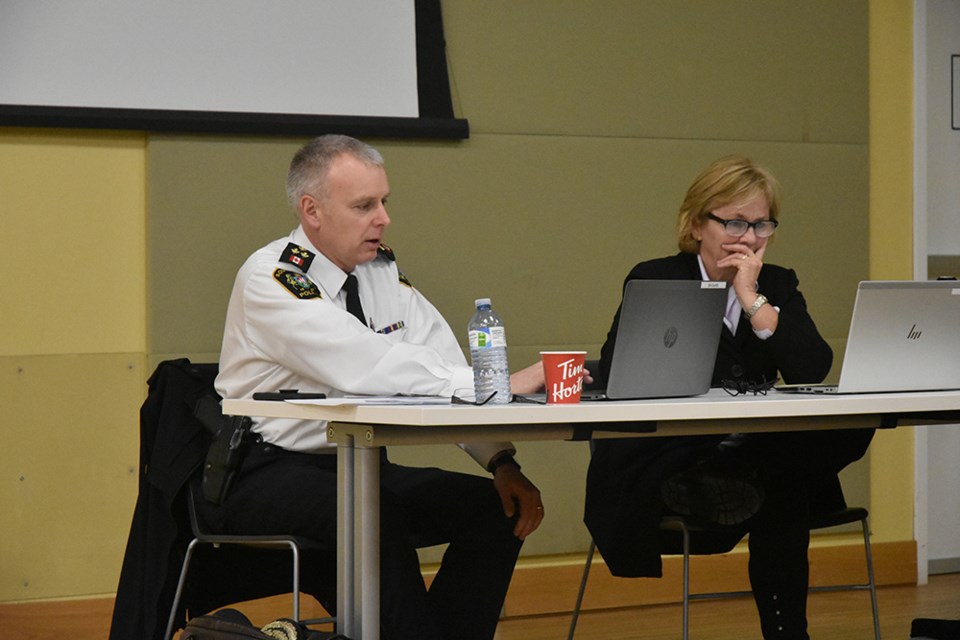 Amid calls to defund police in the wake of George Floyd's murder by officers in Minnesota, members of the Bradford West Gwillimbury-Innisfil Police Services Board were told the concept would be counterproductive locally.

“Police are doing all sorts of work that is more like social work, not law enforcement," including calls regarding overdoses, homelessness, and mental illness, board members were told.

South Simcoe Police Service has been working on models that involve partnerships with community agencies and service providers, including the innovative COAST (Crisis Outreach and Support Team) program.

Defunding would simply mean less money for the training of officers to respond appropriately, no money for the body cameras that have been suggested, and potentially an end to COAST, local officials say.

“Defunding would mean a return to enforcement only,” it was suggested.

At this week's police services board meeting, additional information was presented on COAST, which has been the subject of a recently published study. The study compared the response of the special South Simcoe police team to outcomes obtained by both the Canadian Mental Health Association (CMHA) and York Support Services Network responses.

The authors of the report found that since COAST has been implemented, there has been a decrease in involuntary apprehensions and an increase in the provision of supports.

South Simcoe police have redirected individuals “to the care they should be getting,” said South Simcoe Police Chief Andrew Fletcher, showing “the importance of dealing with people who are dealing with mental health issues” in a way that is proactive rather than reactive.

“The police never asked for this work. It’s been downloaded,” said Fletcher. “The most efficient way is preventative work and that’s what our officers are doing.”

Police services board chair Licinio Miguelo praised the innovation that led to COAST's formation, suggesting that the research proves the effort is worthwhile.

“That really helps justify our work and defend it in the eyes of the public,” Fletcher said in agreement. “We think it’s working.”

A next step will include asking for input from people to see if they feel it is working.

Fletcher noted that the number of calls to COAST has gone up, but there has been a decrease in repeat calls, suggesting people are being put in touch with the long-term supports they need, rather than facing crisis after crisis.

The movement calling for police defunding has also requested the removal of officers from schools.

Fletcher said his officers are not assigned to local high schools on a daily basis, or for policing purposes, but attend the schools with the goal of building relationships with both staff and students.

“It’s not a policing perspective. It’s more a proactive perspective,” the chief said. “It’s about supporting that relationship with the schools.”

“We got such a positive response from both directors (of education),” said Fletcher, adding he also received support for school resource officers moving forward.

Twins tackling 16-hour swim to make waves for mental health
Aug 13, 2020 7:15 PM
Comments
We welcome your feedback and encourage you to share your thoughts. We ask that you be respectful of others and their points of view, refrain from personal attacks and stay on topic. To learn about our commenting policies and how we moderate, please read our Community Guidelines.