Councillors hope more of the community improvement plan funding will go toward affordable housing rather than 'high-end condos'
0
Dec 5, 2019 7:00 PM By: Raymond Bowe 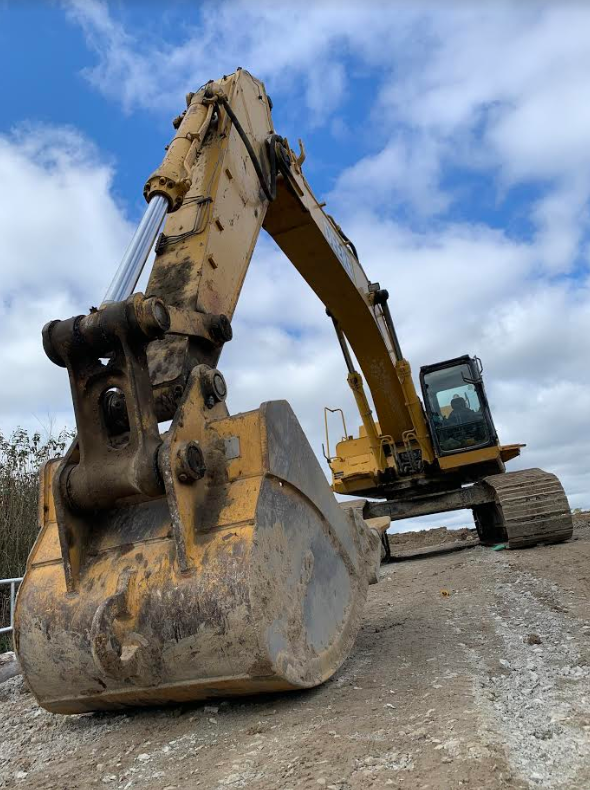 An excavator sits dormant at a south-end Barrie construction site in this file photo. Raymond Bowe/BarrieToday

Spurring development in critical area such as affordable housing could get a significant boost if the city budget is passed as is next week.

During budget deliberations earlier this week, councillors opted to put $1 million into a so-called community improvement plan (CIP) in order to "incentivize" more development in those areas.

The CIP, the specifics of which will be presented to council next week, still requires final approval.

In June, council passed a motion to commit $2.5 million in the 2020 budget to the CIP reserve to create incentives for certain types of development, instead of offering exemptions on development charges.

Andrea Miller, the city's general manager of infrastructure and growth, said more information would be coming forward next week on the CIP, but did note it would help with affordable housing, in particular.

The budget presented this week initially included only $870,000, falling $1.63 million short of the $2.5-million target.

In order to support CIP programs, a permanent funding source was deemed necessary as the city’s reserves are "over committed," according to a staff report.

Coun. Keenan Aylwin recommended a substantial increase to the CIP contribution, which would come through the tax rate, to bring it up to the $2.5-million target, noting the amount included initially in the budget was "not even close" to what council had previously envisioned. He hopes it can help with the creation of more afforable housing in the city.

"Knowing that, specifically, affordable housing is a huge priority in this city, it's unacceptable that we have people living on our streets," Aylwin said. "I think it's something that needs to be a priority for our community."

The discussion came immediately after council had shaved around $1 million off the budget to start the meeting, so some of his fellow councillors balked at such a hike.

"I know what Coun. Aylwin is trying to do, but it's a large figure to throw back into the budget," said Deputy Mayor Barry Ward.

Prior to the vote, some councillors asked more questions of staff about the specifics of the CIP and what the money can possibly be used for.

Miller said she expected a "significant uptake" if and when the CIP is approved by council.

"We already have a number of applications that are anticipated," she said. "It would say we'll probably not have enough in there with the $2.5 million to fund everything that we are currently aware of, and there may be others that are coming forward. If we don't find a funding source then there will be a significant shortfall."

Miller said some of the applications could include a variety of projects and not just affordable housing. Council could opt to put certain parameters on the funding once the CIP is brought forward, however.

"This is a tricky one," said Coun. Natalie Harris, who also asked for more information from staff on the breakdown of the types of application that would be expected under the proposed CIP, such as affordable housing versus intensification projects.

"There are a significant number of intensification projects that would not be affordable housing projects," she added.

Miller said the $870,000 initially allocated in the budget "would help" address the situation, but in the years to come, council would need to decide how to fund the CIP "if you want it to have the impact we've talked about."

Couns. Clare Riepma and Mike McCann said they couldn't support the additional funding Aylwin was calling for, particularly right after council reduced the budget by $1 million. Riepma suggested moving forward with the initial $870,000 to begin with and then re-evaluating it.

"I do appreciate the spirit of this motion ... but this year's tougher than a usual budget year," said Coun. Gary Harvey, adding he wouldn't be able to justify the proposed increase to his constituents.

"I think maybe we'd be in a better position in the very near future when we do find out the details of this CIP and the potential to rejig some of the criteria," he added.

Mayor Jeff Lehman said he didn't want there to be a misconception that the city isn't doing what it can for affordable housing. He noted the city financially supports Simcoe County's social housing programs, but added there are always ways to do more.

"I want to support this amendment, because I think the CIP is a very good way to invest in affordable housing," Lehman said.

The mayor noted that, if a project goes ahead soley due to CIP help, those developments also end up contributing to the tax base.

"One of the challenges we have is it requires that funding up front," added Lehman, noting his hope is that more of the CIP funding would go toward affordable housing and not high-end housing.

"Yes, all rental housing helps to some extent, but we know that the people who need our help the most are on the lower-income spectrum and would benefit from the affordable piece," he said, adding he hopes to get more clarity once the CIP details are presented to council.

"I think we need to take a longer-term view on this and where we can make strategic investments," he said. "Getting people into affordable housing, that's prevention right there."

"Everyone has bills to pay," said Coun. Natalie Harris, who said it's about the future. "Making sure we have homes for people who don't have them right now will pay dividends in the end."

In the end, councillors chose to increase the CIP contribution by $130,000, in addition to what was already included in the budget, to make it an even $1 million.

Significant snowfall begins throughout much of southern Ontario
Jan 18, 2020 1:07 PM

Loyalist Lancers soar past Grizzlies in OCAA action
Jan 18, 2020 10:40 AM
Comments
We welcome your feedback and encourage you to share your thoughts on this story. We ask that you be respectful of others and their points of view, refrain from personal attacks and stay on topic. To learn about our commenting policies and how we moderate, please read our Community Guidelines.