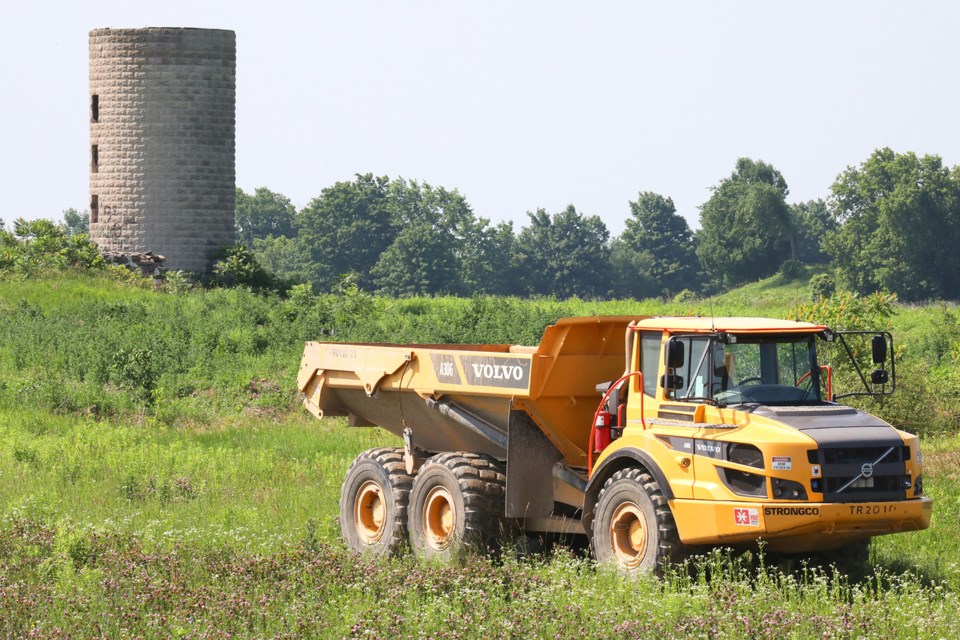 As the city works toward an overhaul of its development charges, people in the construction community are hammering home concerns that the process is moving too quickly and mistakes could be made.

While massive growth is just over the horizon in Barrie, the public and city council got a look at the new list of development charges during a mandatory public meeting held Monday night at Barrie City Hall.

The municipal fees are charged to developers to recoup infrastructure costs associated with both residential and non-residential growth, such as internal roads, sewers, watermains, roads, sidewalks and streetlights.

"Those are deemed a local service and are the direct responsibility of the developing land owner," said Gary Scandlan, from Mississauga-based Watson and Associates, who made the presention during general committee.

The existing bylaw expires Aug. 26. A staff report is expected May 27 with council possibly considering the new bylaw June 17.

There's a minimum 60-day window between when the background study is made public and the first day that city council can consider the new bylaw, Scandlan said.

"The bottom line is the province wants to ensure that there's clarity in the charges and the costs that are borne directly by the developing landowners," he added.

A handful of people from the construction industry raised concerns on Monday night.

Karen Hansen, who, with her husband, owns and operates Pratt Homes, which has been building homes in Barrie for six generations, says council needs to slow down before implementing the new development charges.

"During my own generation, I've never seen a DC bylaw rushed through so quickly," said Hansen, who has asked for more time for the development community to crunch the numbers. "After all, mistakes can be made. ... This will affect the purchase price on homes and the rent on rental projects for the next four years."

She said a preliminary review has revealed "many mistakes in the new bylaw, and we've only skimmed the surface."

Hansen, who's been an advocate for affordable housing in Barrie for several years, said the creation of affordable housing is "challenging" and there are "significant enemies," such as the price of land, construction costs, condominium fees and development charges.

"Affordable housing is a major problem in our city," she said. "This problem exists for all of our residents on many levels, and it ranges from emergency shelter housing to affordable rental projects to the hopes and dreams or everyone who wants to buy a home."

The development charges being proposed will only increase the cost of living in Barrie, Hansen said.

"This is an important bylaw and we need to get this right," she said.

Mayor Jeff Lehman asked Scandlan why the highest increase was proposed in areas such as townhouse build forms, which are most often used for affordable housing.

Scandlan said the calculations include factoring in the average occupancy. "That will be part of the increase," he said.

"Our industry is essential to Simcoe County's long-term economic strength and prosperity," he said.

With the "sheer magnitude" of the proposed development charges, Brewda said it's "disappointing" that the background information and estimated timeframe adoption is "inadequate and insufficient" to allow for a proper analysis.

"The dream of home ownership is slipping out of reach quickly for many Ontarians," Brewda said.

Robert Howe, representing the Salem Landowners' Group, also called for more time. They've hired a consultant to look more closely at the DCs. Some of their concerns relate to "very significant increases" in captial costs associated with water, sewer and road projects.

Howe said he'd like to see more information and dig futher into the numbers. He said he's "very concerned" there won't be enough time to receive and analyze the data. Howe asked that the public consulation period be extended.

City treasurer Craig Millar said he appreciates the challenges that come with "dissecting" the information, but added staff are available to work through it.

The number of low-density residences is expected to decease in favour of medium- and high-density developments up to 2040.

Most of that growth will take place in the south end, particularly the Salem and Hewitt's secondary plan areas. Under the Barrie-Innisfil Boundary Adjustment Act, the city took in almost 5,700 acres of land from the Town of Innisfil, effective Jan. 1, 2010.

The methodology behind determining the new development charges included identifying the amount, type and location of growth, as well as servicing needs to accommodate growth and capital costs to provide services to meet those needs.

The calculations include city-wide services related to a highway, public works facilities and fleet, transit, parking, parks and recreation, library, administration, paramedics, social housing, wastewater facilities and water services. New services added to the calculation include the airport, long-term care and waste diversion. There are also area-specific calculations, such as in the Salem and Hewitt areas, for water and wastewater services.

Under the current, it works out to about $42,000 for a single detached home. The majority of the costs include roads ($18,000), debt-related water services ($7,500), parks and recreation ($6,000), and wastewater services ($4,400). Homes located in the Salem and Hewitt's area have an additional $5,700 in charges for wastewater collection services and water distribution systems. The DC costs lessen with more dense residential types.

Under the proposed DC rates, those numbers increase to around $57,000 for a single detached home, as well as an additional $10,000 for water and wastewater in the Salem and Hewitt's areas to be developed in the south end.

There is also a set of proposed charges for non-residential uses, such as commercial and industrial.