Geoff Campbell says $3.6M in ecological offsetting charges for Oro-Medonte project 'would destroy the economics of a project of this nature'
Apr 19, 2021 7:00 PM By: Nathan Taylor 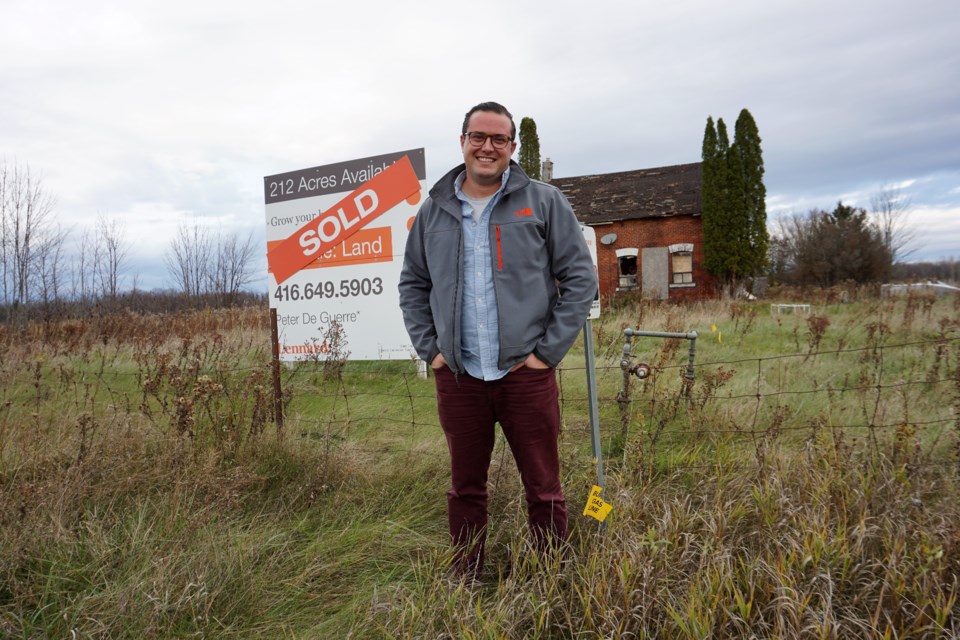 The Lake Simcoe Region Conservation Authority has put a number of conditions on a permit regarding a proposed automotive park in Oro-Medonte Township.

The conservation authority granted the permit for the Oro Station Automotive Innovation Park, which is located halfway between Barrie and Orillia, though it is not valid until an agreement has been signed.

Geoff Campbell, managing partner with Oakleigh Developments, took issue with some of those conditions, including that his company pay $3.6 million in “ecological offsetting” costs.

“Compensation-wise, $3.6 million is a significant number for a strategic economic employment district,” he told the board, adding that amount “would destroy the economics of a project of this nature.”

Another condition states, in part, that “the permit holder shall ensure that the wetland removal is supervised on site by a qualified ecologist.”

Campbell said he didn’t take issue with that, but said the existence of a wetland on the site is a question mark.

The conservation authority identifies a wetland on the Line 7 property, but Campbell said township and provincial maps indicate otherwise.

“This is not a situation with a provincially significant wetland. It’s not like this is removing a sensitive natural area,” he said, adding the property had previously been used by grazing cattle and often flooded.

He also questions the conservation authority’s jurisdiction when it comes to some of the conditions. The area was designated as an economic employment district in 2012, “yet we’re finding that the conservation authority has recently enacted policies that work against that,” Campbell said, referring to the ecological offsetting costs as one of them.

He can appeal the conditions, but said he is first going to seek clarification from the province about the authority’s ability to call for certain conditions.

Some of the conditions “do not sufficiently address the new legislation of Bill 229 or address the uniqueness of this project to the fact that it is… a strategic employment district in the growth plan,” Campbell said of the legislation that could take some decisions out of the hands of conservation authorities and put them into the hands of a provincial minister.

During the recent meeting, some board members expressed excitement about the project, and Campbell mentioned the support shown for it so far.

“The conservation authority unanimously approved the project,” he said.