Town will send letter to provincial ministers asking for province to use its authority to choose a location for the new hospital
Jul 24, 2018 6:30 PM By: Erika Engel 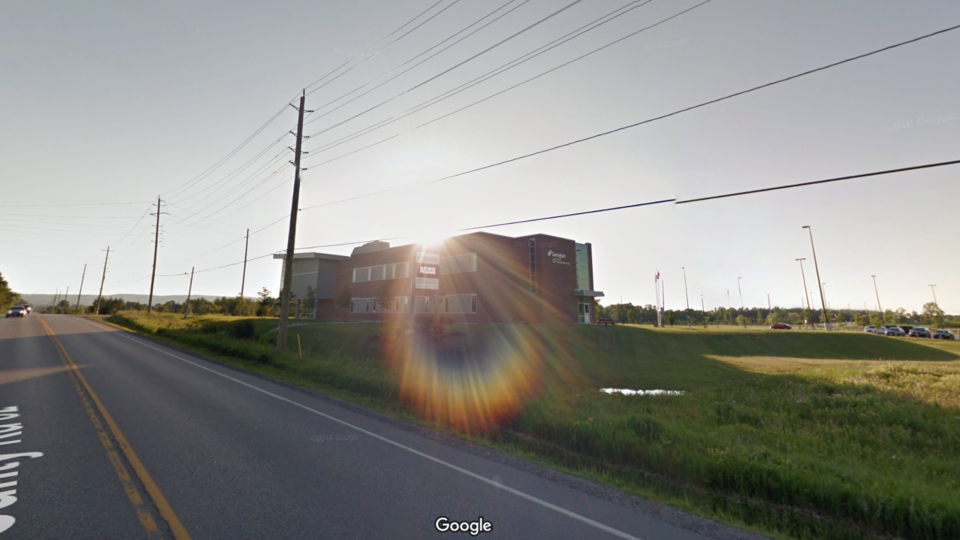 The Georgian College campus currently stands alone on Poplar Sideroad, but Collingwood council hopes one day a hospital will be build nearby it. Photo from Google Maps.
Collingwood town council is trying to make sure the new hospital, when it is built, has a very specific place to call home.

Deputy Mayor Brian Saunderson brought forward a motion at last night’s council meeting (July 23) to send a letter to Simcoe-Grey MPP Jim Wilson and other provincial ministers asking for the Ontario government to designate Poplar Sideroad as the location for a new hospital.

All members of council not only supported the motion, but a majority of council also agreed to waive the customary notice period and vote on the motion right away instead of waiting until the next scheduled council meeting Aug. 27.

“We should strike while the iron is hot,” Saunderson said after the meeting. “If the province has the ability to designate a location, then let’s ask them to do that.”

Town staff will send a letter to the Minister of Municipal Affairs and Housing, the Minister of Health and Long-Term Care, the Minister of Finance and Wilson asking for a ministerial order from the province, which would establish the property on Poplar Sideroad adjacent to the existing Georgian College campus as the future home of a new Collingwood hospital.

“It’s important messaging to show the town and hospital are completely aligned on this,” Saunderson said during the meeting.

Collingwood councillors gave their unanimous support to the hospital in 2016 when it submitted the first phase of its application for a new hospital. At that time, the hospital selected Poplar Sideroad as the preferred site over an option to rebuild on the existing Hume Street site.

On Jan. 29 this year, councillors also unanimously agreed to pre-approve $150,000 in the 2018 budget to assist the hospital with expenses related to the application process.

Saunderson’s motion also stated the town would like this ministerial order so it can bypass municipal and regional planning processes that could delay the hospital build further.

Without a ministerial order, the Poplar Sideroad location would require a municipal comprehensive review to convert the site to employment lands to allow for a hospital in that zone. This review must be done by the county, and according to Saunderson, that could take about five years.

“The provincial government has the authority to designate the Poplar Sideroad site as the site for the new hospital and bypass all municipal and regional planning processes by ministerial order as was done with the siting of the John Di Poce Campus of Georgian College,” Saunderson said in his motion.

Wilson has stated publicly more than once he wants to see a new hospital built at the Poplar Sideroad location.

It’s possible council could go into lame-duck status following the July 27 election candidate nomination deadline. However, that status would only prevent council from making financial decisions leading up to the election, and a decision such as requesting a ministerial order for the hospital location would still be permitted.

Waterfront stage, hotel and more stores coming to Friday Harbour
Sep 29, 2020 9:30 AM
Comments
We welcome your feedback and encourage you to share your thoughts. We ask that you be respectful of others and their points of view, refrain from personal attacks and stay on topic. To learn about our commenting policies and how we moderate, please read our Community Guidelines.