Climate change may be behind decline of the Canada Jay 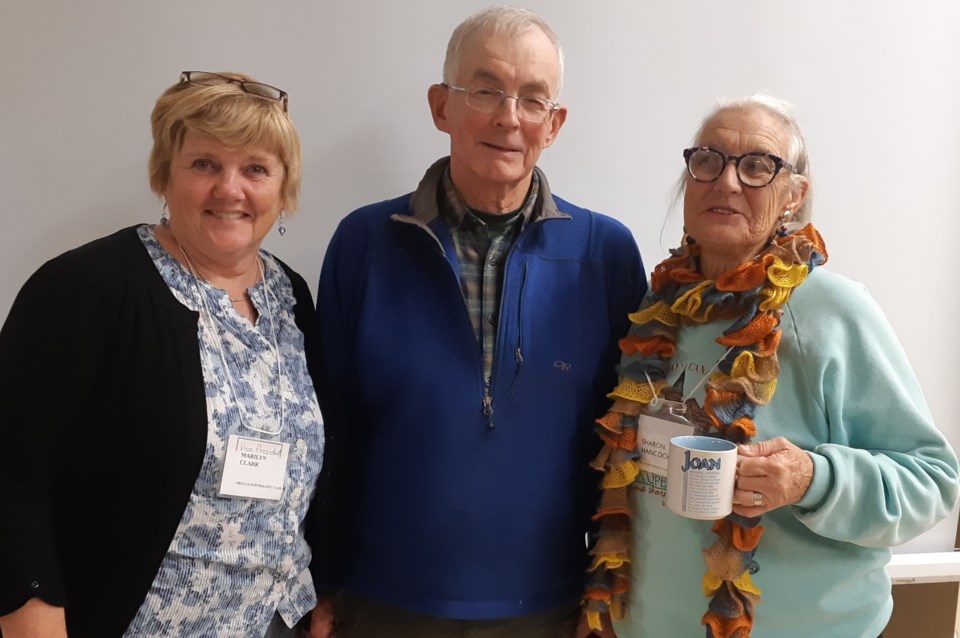 That’s what the Orillia Naturalists’ Club was saying when they gathered recently to hear Dan Strickland speak about the distinguished Canada Jay.

Strickland worked as the chief park naturalist of Algonquin Park from 1972 to 2000. He received his Bachelor of Science from University of Toronto then went on to study at the Université de Montréal where he received his Master’s degree.

As park naturalist he planned the Visitor Centre and Algonquin Logging Museum and wrote many of the park’s trail guides and books as well as supervising and training many promising young naturalists.

In addition, he played a leading role in establishing The Friends of Algonquin Park, a highly successful charitable cooperating association that supports Algonquin Park’s educational programs. Strickland has been recognized by both Ontario Nature and the Federal Park Council.

Through his career, he studied the Canada Jay and gained insights into its amazing ability to survive on permanent territories in the boreal forests of North America. These birds were once plentiful in Algonquin but very little was understood about them.

Banding was the first strategy to begin to understand and track these feisty, intelligent creatures. Key findings include:

The Canada Jay is a true romantic as courtship feeding begins right around Valentine’s Day and nest building soon after.

During their romancing and courtship rituals the female’s body weight increases by 50% in preparation for egg laying. Twenty-three days after hatching, the babies fledge and six weeks after leaving the nest they are storing their own food.

Temperatures are usually well below zero during the nestling period. One of the advantages of this early nesting is avoiding predators like the red squirrel.

Sadly, there is a declining population of Canada Jays in Algonquin Park. Climate change may be to blame.

Temperatures are increasing, causing increased bacterial degradation of the insects, mushrooms, berries, upon which the jays depend for their winter survival. In addition, their preferred habitat (black spruce forests) may move further north as temperatures warm in the coming decades.

There is no doubt that we are cheering this bird on.

The Orillia Naturalists’ next activity is the Audubon Christmas bird count and Potluck supper on Dec. 15.

Bird reports and pot luck supper will be at the Orillia Museum of Art & History (second floor with kitchen) on Peter Street South.

Members and non-members of all levels can take part in this worldwide citizen science project. Bring a group or those new to birding can be matched with more experienced birders if you wish.