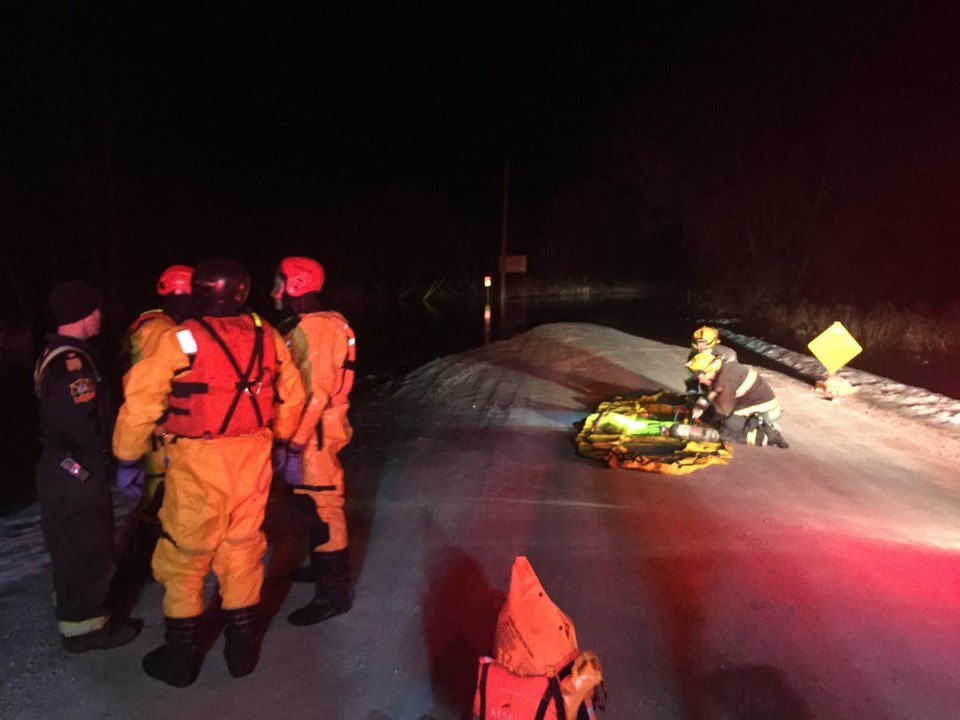 Clearview Firefighters prepared for water rescue but it turned out residents were not in immediate danger. Photo Clearview Fire Twitter

Clearview Firefighters were called to Don Ross Drive in Clearview Thursday morning for a flooding call.

Initially, fire crews were preparing to conduct a water rescue of three residents, according to Clearview Fire twitter.

The Fire Chief updated the situation with "Crews have made contact with residents. No immediate danger. Water from Nottawasaga River is about 5 metres from home."

The outcome of the call was that all residents declined to leave and the rescue had evolved into a wellness check due to concerns of water, the Chief tweeted.

"Residents have been advised of delay to respond to any emergency until water recedes," the Chief said.

In the meantime, the OPP says numerous roads remain closed throughout the region due to flooding. Motorists and pedestrians are reminded to obey road closure signs and do not travel on closed roadways.

Non-urgent surgeries cancelled at RVH after cooling unit malfunctions
Jul 13, 2020 12:19 PM
Comments
We welcome your feedback and encourage you to share your thoughts. We ask that you be respectful of others and their points of view, refrain from personal attacks and stay on topic. To learn about our commenting policies and how we moderate, please read our Community Guidelines.