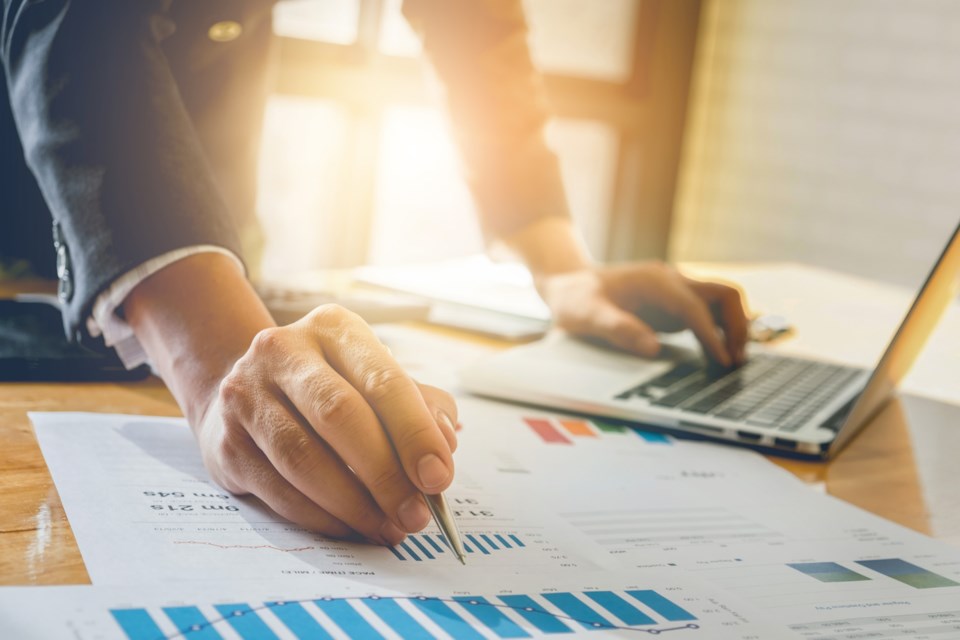 A tax break it isn’t, but it shouldn’t break most Barrie homeowners.

Of that 0.92 per cent increase, 0.67 per cent was for city services and service partners — police, libraries and Simcoe County services — and 0.25 per cent was for the dedicated infrastructure renewal fund, used to replace and renew Barrie’s roads, pipes and buildings.

“We spent more time than most councils have over the years on the budget,” said Mayor Jeff Lehman, likely referring to about 11 hours of debate Jan. 18-19. “I think there was some very, very good work here. It was sometimes a challenging debate.”

Budget talks began Jan. 18 with homeowners staring at a blended (municipal, education) 3.75 per cent property tax increase this year, or paying another $166 on a typical house assessed at $367,550.

“Obviously, this is quite a bit lower than where we started, and I think it reflects council’s consensus that this was not a year for a significant tax increase,” Lehman said, “and the year to make extra, and in some cases one-time efforts, to reduce the tax increase as much as possible, while still increasing the amount we spend on fixing roads, infrastructure and moving the community forward.”

As part of the budget, council also approved, with a number of conditions, a modular supportive housing project on Vespra Street — the old fire hall property — and added $3 million to the capital budget, which will be funded from debt, with the annual debt servicing costs to be paid from the city’s reinvestment reserve, and the funding to be leveraged to access other funding opportunities. The $3 million includes $500,00 for soil remediation on the property. Staff will also issue a call for proposals for a service provider to construct and manage the development.

This year’s capital budget includes $7.75 million for the Allandale Transit Hub development. It is to provide transit services and connections between Simcoe County, Muskoka and the Greater Toronto Area (GTA). Barrie Transit’s route system and schedules would be adjusted accordingly if the hub is built. It could have 13 bus bays, ticket selling services for local and regional transit, parcel receipt, washroom facilities, a waiting area vestibule, offices and retail space. The principle site of the new transit terminal would be the vacant parcel of land immediately north of the current bus facility at the GO station, formerly home to the Barrie Lawn Bowling Club. Buses would enter and leave the site near the corner of Lakeshore Drive and Tiffin Street.

There’s also $4.75 million in this year’s capital budget for the city’s road resurfacing program, $1.7 million for waterman renewal, and $4 million for transit bus growth and replacement.

“Bell Farm Road, our favourite worst road in the city, will finally be fully reconstructed, including sidewalks,” he said. “It has been a long time coming, and it will move forward this year.”

Then there’s the completion of Bryne Drive, from Caplan Avenue to Harvie Road, and the opening of the Harvie Road to Big Bay Point Road bridge.

“This is so key to dealing with the long-standing traffic problems in the south end,” Lehman said.

The capital budget also has road projects such as $7.5 million for Dunlop Street West’s right-of-way replacement from Eccles to Toronto streets, and $4 million more for the project in 2022. Big Bay Point Road will get a right-of-way expansion, from Bayview Drive to Huronia Road, for $1.6 million this year, $5.3 million next year and $3 million in 2023.

Lehman also mentioned the budget increases spending for new permanent traffic calming measures, in recognition that people will be spending more time outdoors, along with investments in parks and the waterfront with more furniture. There are plans to modernize parking, moving away from pay for parking passes to digital, new transit routes and buses to serve both growth in the south-end and existing routes, and new investment in economic development, positioning the city for recovery from the pandemic.

And more funding for stormwater management and pond cleanup, which directly impacts the health of Lake Simcoe.

During budget talks there were $4 million in spending cuts — using the city’s one-time COVID-19 funding of $1.3 million to offset the tax levy, reducing it by a further $500,000 by taking $250,000 from the tax rate stabilization reserve and $250,000 from the reinvestment reserve, by cutting the contribution by $450,000 from the fleet reserve and taking $1.75 million from the Barrie Hydro Holdings fund.

Council also cut the one per cent dedicated infrastructure renewal fund, worth $2.5 million, to 0.25 per cent, or $625,000, and councillors took a further $1.25 million from the tax rate stabilization reserve.

Despite annual increases in salary and benefit costs from negotiated contracts and adjustments to benefit rates, city employee’s overall salaries and benefit costs are expected to decrease by approximately $1.2 million for 2021. This is a result of the reduction of part-time staff, mainly in recreation and operations, because of scaled-back programming due to the pandemic.

The budget includes expenditures for the city’s service partners, including police, library and the County of Simcoe.

The Barrie Police Service has 244 officers and 118 civilians whose salaries and benefits take up 95.7 per cent of the police budget, and its 2021 budget includes no new hires. It does include money for body worn cameras — $140,000 to equip 140 front-line police officers.

Barrie Public Library, with downtown and Painswick branches, gets another $161,989 from the city to maintain its services this year — bringing its municipal request to almost $8.5 million, an increase of 1.95 per cent. The library’s total 2021 budget is $9.7 million, which is offset by $1.2 million in revenues.

Council approved a third branch in Holly, to be located in leased space in a commercial plaza in the Mapleton Avenue/Essa Road area. It carries a $1.18-million capital cost, to be paid from development charges and fundraising, and annual operating costs of $723,877, including $221,000 for salaries and benefits. The Holly branch would be about 4,500 square feet in size.

Council approved staff negotiating a lease for the Holly branch and reporting back; all funding for the branch will be withheld until there’s a lease agreement between the landlord and the city.

The City of Barrie is bound by service agreements with the County of Simcoe to pay its share of the above services, based on a formula including population and property assessment.

The $27.5-million operating budget does include other increased spending — but revenue generated by long-term emergency communications contracts with other municipalities, grant revenues and internal transfer funding offset the BFES budget expenses.

BFES is hiring 11 new firefighters, starting in March 2021, to replace retired firefighters or soon-to-be-retired ones. The fire department has 144 operations firefighters with a total staff of 187, the remainder being in communications, prevention, training and administration.

This year, the city is also going to finish buying a technical rescue truck in the capital budget. There’s already $375,000 put aside from the fleet management reserve, and another $375,000 is required from the same reserve, to buy the $750,000 vehicle.

The 2021 budget assumes $4 million in tax assessment growth on Barrie, but the city does not break it down in terms of new residential, commercial and industrial assessment.

Barrie’s 2021 tax-supported base operating budget for municipal operations has total gross expenditures of $370.5 million and a net property tax levy requirement of $262.7 million.

In November, Zoocasa, a Toronto-based real estate company, released a report ranking 35 municipalities in Ontario on 2020 property tax rates, and compared the amount that homeowners could expect to pay in taxes at three sample assessment values.

Municipalities levy priority taxes annually, and they are calculated as a percentage of a home’s assessed value.

Last year’s property tax increase was 2.96 per cent, or 1.96 per cent more to deliver city services and those provided by Barrie’s service partners — for policing, paramedics, social housing, etc. — plus one per cent to the dedicated infrastructure renewal fund.