Change is inevitable, but you can help design it, says Collingwood Climate Action Team

The newly formed group is working on ways members of the community can make changes and take action in their life toward environmental sustainability
0
Nov 9, 2019 10:30 AM By: Erika Engel 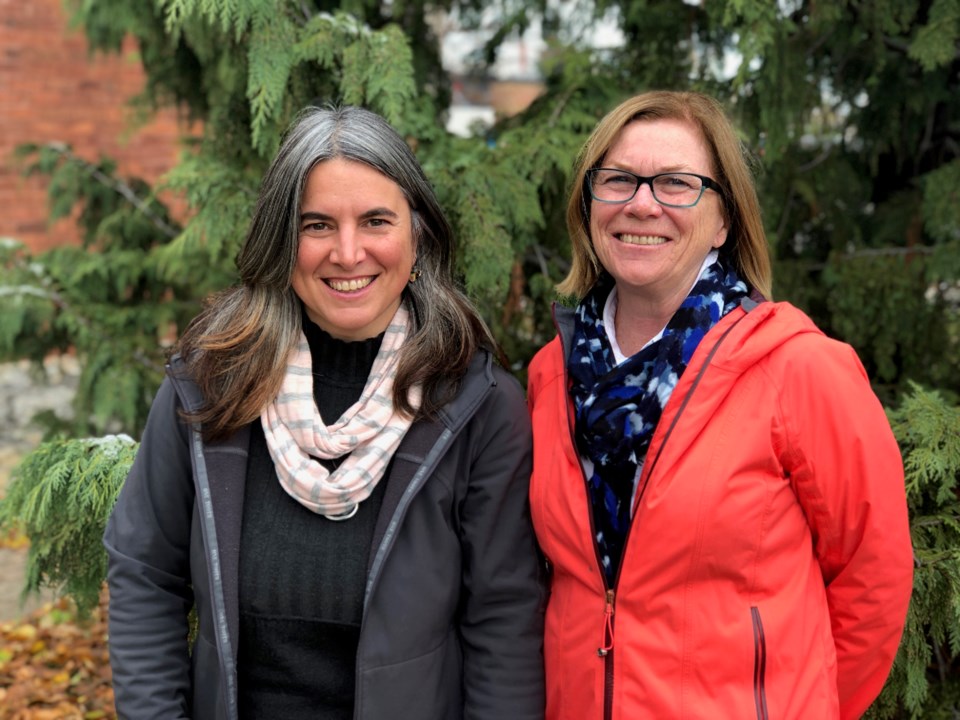 Sue Volpe and Catherine Daw are part of the leadership team for the Collingwood Climate Action Team. Erika Engel/CollingwoodToday

A newly formed team in Collingwood aims to take the dread out of climate crisis with individual action.

The Collingwood Climate Action Team formed in October with a screening of the film Resilience: Transforming our Community. There were 80 people at the screening, and 40 attended the first formation meeting.

Catherine Daw is one of the founders and leaders of the team, and knew the group needed to begin with the film Resilience.

For her, it was a turning point to inspire her to reduce her carbon footprint and do more to fight climate change.

She and the rest of the leadership team wanted this group to be different, with an emphasis on optimism and motivation.

“It’s really about being action-oriented, and actually making this shift,” said Daw. “It’s a marathon, not a sprint.”

For Sue Volpe, the group is something she’s been looking for her whole life.

She’s been passionate about environmental sustainability for decades.

“The people who started this are grounded, intelligent, committed, open-minded, ready to work and have values in line with mine,” she said.

“A lot of people feel very isolated in what can be a dark time … they don’t want to give up but they feel hopeless,” said Volpe. “If people participate in something action-oriented you feel more inspired. If you can feel the wins or successes, it reignites a spark or it keeps it going and inspires you to move forward.”

Daw and Volpe both agree the community of Collingwood and beyond will have to transition away from fossil fuels and toward more sustainable options.

“We already are in a transition,” said Daw. “People are going to have to change, and now is the time you can make choices as opposed to having choices made for you.”

To start, the team has created five working groups focuses on community engagement of government, businesses, and other groups; energy and transportation; consumption and waste management; carbon conversations; and community education.

The carbon conversations group will take a look at their individual carbon footprints, encouraging residents to do the same. The ultimate goal is to also assess Collingwood’s carbon footprint and take steps to reduce it.

The Climate Action Team as a whole will also be coming up with initiatives to challenge its own members and the community, with monthly themes encouraging people to make small to big changes for environmental sustainability. For example, the group is working on alternatives to Christmas wrapping that reduce waste and promote re-use.

Volpe said most of her environmental work in the past has been geared toward global and international efforts.

“This is the first time I’ve shifted my efforts to very grassroots efforts that break everything down into smaller pieces,” said Volpe. “The big bad wolf isn’t so big anymore … I believe we can do it. We can make things happen and we can make changes.”

For Daw, the actions necessary in a climate crisis environment aren’t top-down, or bottom-up, they’re both, constantly and continuously.

“This is a shared responsibility between government, business and technology, and people,” said Daw. “All three groups overlap and there are parts we need to play.”

The Collingwood Climate Action Team is hosting a meeting Nov. 13 at the Collingwood Public Library in the Free Schools Room at 7 p.m. You can learn more about the group on their Facebook Page.