Secondary students enrolled at Catholic schools across Simcoe County will still be switching over to the hybrid model as of Nov. 16
Nov 5, 2020 7:30 AM By: Jessica Owen 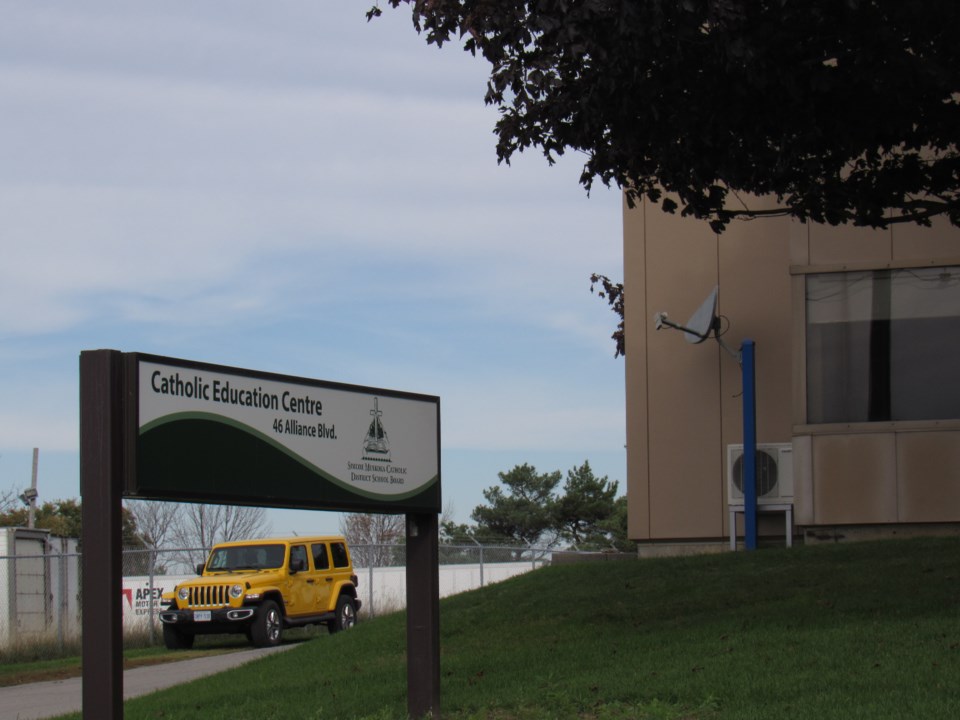 The Catholic school board's controversial decision to switch to a hybrid learning model for elementary students is on hold, at least for now.

“I feel this was a bit of a fail for us,” Bradford West Gwillimbury/Innisfil trustee Jeanny Salmon said during last night's meeting.

Simcoe Muskoka Catholic District School Board trustees expressed some disappointment at their regular meeting Wednesday night concerning the handling of communication with the public about the board’s decision to switch to a hybrid model of learning for secondary and elementary students.

During the meeting, trustees received a staff report asking for time to prepare a more in-depth report to present to trustees at their Nov. 25 meeting addressing feedback to the switch raised by staff, families and students, as well as provide an overview of the board’s financial position and technology plan.

“With this change to hybrid and the community exploding in confusion, I really would hope we could find a system, especially for trustees, about where this communication goes,” said Salmon. “Living in a small community, I’d like to be able to go to Zehrs and not have families bombarding me.”

Salmon asked if some kind of communication system could be streamlined moving forward.

“I don’t feel it was transparent enough. We’ve talked about this before,” she said. “We haven’t been good about communicating with families. I’m hoping we can do better because it didn’t make me feel comfortable at all.”

According to a staff report presented to trustees at their Nov. 4 meeting, superintendent of education Kim Weishar explained the pressures that led to the board making a decision to switch to a hybrid model.

Weisher says the decision to move forward with virtual schools back in August was based on information gathered from families when COVID case numbers were low. With case numbers increasing along with the demand from parents to switch their children from in-class to virtual, the writing was on the wall.

Weishar explained that the virtual school is dealing with a variety of pressure points without any clear solutions, such as having difficulty staffing the school, difficulty supporting children with special needs in the virtual school format, and regular reorganization that comes from parents wanting to switch between the two models causing upheaval.

“The combination of all these factors suggested that the current structure was not sustainable for the long-term stability of teaching and learning for our students, families, and staff,” wrote Weishar. “The added pressure of the timeline for making changes resulted in a decision to move to an alternative model of remote learning.”

Weishar also addressed backlash received from the public about the decision after it was announced on Oct. 28.

“This communication has resulted in significant and valid concerns that must be further explored and addressed before moving forward,” said Weishar.

“If we’re going to move to this hybrid (model) – which I don’t agree with – then I hope that’s the way we stay,” she said. “I don’t want to, two months from now, say, ‘Here’s another model.’ These children need stability, as we all do.”

Secondary students enrolled at Catholic schools across Simcoe County will still be switching over to the hybrid model as of Nov. 16, according to a separate report also received during Wednesday night’s meeting. The Virtual Secondary School served approximately 1,375 students.

A Change.org petition started last week opposing the Catholic board’s decision switch to a hybrid model, addressed to the province and school board, and has garnered more than 1,700 signatures so far.