Grow-ops popping up in rural communities approved by federal government; ‘It’s out of our hands,' says Severn mayor
May 15, 2019 8:00 AM By: Jessica Owen 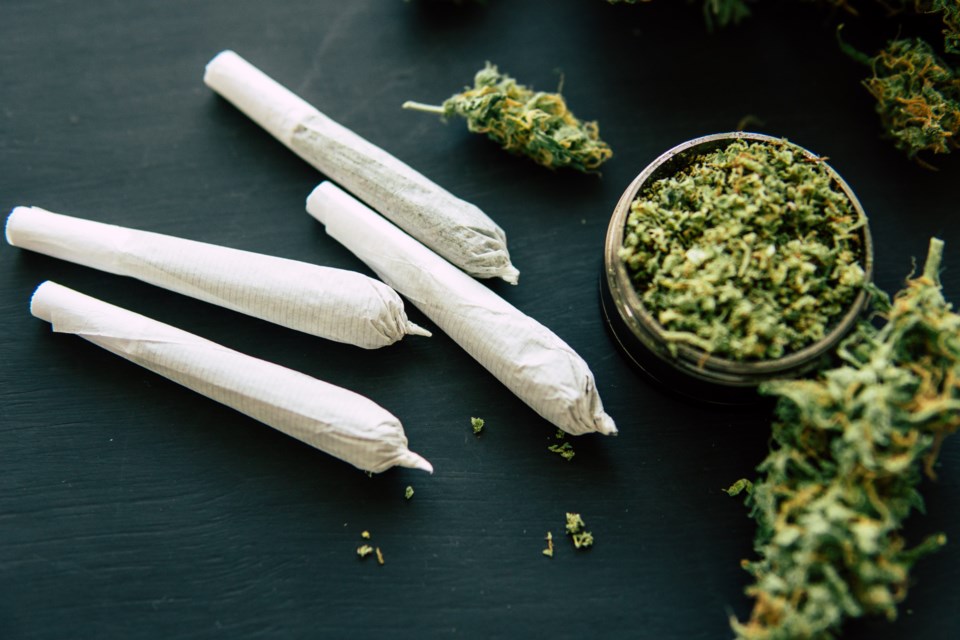 Concerns of cannabis grow-ops popping up in rural and residential communities across Simcoe County took over the conversation at the Simcoe County committee of the whole table on Tuesday morning, where the councillors were assembled to discuss the allocation of funding dollars.

The funding is intended to help communities deal with the legalization of cannabis.

Adjala-Tosorontio Deputy Mayor Bob Meadows took the opportunity to speak up to say he has noticed a problem concerning cannabis grow-ops in his own township.

“We had a situation where somebody came forward and wanted a reduction in taxes. Upon finding out the circumstances, he has two huge container trucks on his property. One truck holds 490 marijuana plants. The other has 390. This is all for personal use, authorized by Health Canada,” said Meadows. “That’s 1,200 pounds of marijuana being able to be grown legally in a residential area.”

“This funding that the government is putting forward will not handle the amount needed to supervise and look after this kind of production,” he added.

Meadows said he phoned both Health Canada and the Ontario Provincial Police on the issue, only to be told they couldn’t do anything.

“If I have to call on every one of these situations, our OPP bills are going to go through the roof,” he said.

Tiny Township Deputy Mayor Steffen Walma brought the conversation back to the issue at hand, which was to allocate the funding that had been given to the County of Simcoe by the provincial government, asking if Meadows wanted to change direction in how the funding should be allotted.

“Yes, I’d like a letter to go out to whoever is giving us that funding that it should be substantially increased,” said Meadows.

“I don’t think adding money to the funding is going to solve anything,” said Burkett. “We have the same situation in Severn. There’s a grow-op in an old hotel. I was able to talk to the director of Health Canada, and basically it’s out of our hands. It’s federal legislation that would have to change. Throwing more money at it isn’t going to solve the problem. We need to lobby our members of Parliament.”

The county, in collaboration with the Simcoe Muskoka District Health Unit, prepared a report outlining strategies to support responsible use and management of recreational cannabis across the region that includes education and communication campaigns, furthering bylaw and policy development and sustained public-health enforcement during the initial transition period.

The report also notes there have not yet been any noted increases to the use of Simcoe County Paramedic Services related to legalized cannabis, however the balance of funds have been earmarked for this purpose should they be needed.

“I think we need to institute an interim-control bylaw to slow it down at least,” said Leduc.

Meadows said the federal law would trump any interim-control bylaw that would be put in place at the municipal level.

“With all due respect, the bylaw you’re suggesting does not work. This is legislated through Health Canada. All the rules do not apply when you’re dealing with medicinal marijuana, and that’s the struggle we face throughout all our townships. There’s no way to enforce it,” said Burkett. “The only way we can do anything is if the federal government changes their rules.

"It is an election year, so talk to your MP.”

The motion to receive the report including the suggestions for the funding allocation was passed. It will be ratified at the May 28 meeting of county council.

Meadow’s motion to send a letter to ask for more funding was defeated.

Numbers remain high as province reports 1,822 new COVID cases
Nov 28, 2020 10:36 AM
Comments
We welcome your feedback and encourage you to share your thoughts. We ask that you be respectful of others and their points of view, refrain from personal attacks and stay on topic. To learn about our commenting policies and how we moderate, please read our Community Guidelines.