Coun. Keenan Aylwin proposes reduction in police budget; 'It's not a service cut. It's a shift in how we spend our budget'
Jun 30, 2020 7:00 PM By: Raymond Bowe 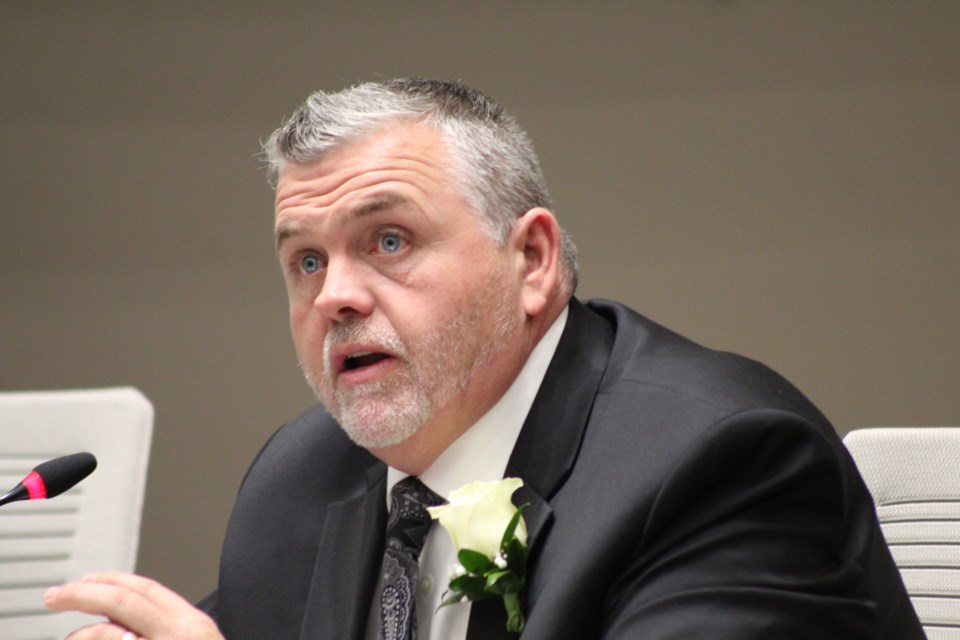 Barrie city councillors debated a potential reduction to the police budget for 2021, but the plan proved anything but bulletproof.

The conversation came up as councillors talked about next year's city budget and providing staff direction on where they'd like to see the increase come in at. The number for staff to target was set at 1.95 per cent.

During Monday night's general committee meeting, Coun. Keenan Aylwin, who has been vocal in recent weeks about the city's police budget and the 'Defund the Police' movement, tabled an amendment asking the Barrie Police Services Board to provide information about what a minimum 10 per cent reduction could look like next year.

At around $56 million, the Barrie police budget makes up approximately 20 per cent of the city's overall operating budget. The vast majority of the police budget goes to salaries.

"It's not a service cut," Aylwin said. "It's a shift in how we spend our budget."

Some of that money — possibly around $5.6 million — could be reallocated into other community-led alternatives to policing, affordable housing, anti-racism education, social and community services, skills training, employment counselling, and food security, said Aylwin, who also called for a line-by-line breakdown of the police budget.

"We have seen thousands of people marching the streets in this city," he said. "We've seen the largest rally in our modern history, or maybe ever, calling for justice for Black lives and demanding concrete action to tackle systemic racism and to improve our communities."

Hundreds of people used the city's online suggestion platform calling for reductions in the police budget by 10 per cent, he said.

"There's clearly a desire in the community for action on this front," said Aylwin, who also noted about 90 per cent of calls to police are non-criminal, such as noise complaints and mental-health wellness checks.

Aylwin said social services aren't keeping up with the demand and "the burden is unfairly falling to the shoulders of police." He said it's time to take a closer look at police funding.

However, Coun. Robert Thomson, who sits on the Barrie Police Services Board, called a potential 10 per cent reduction "very reckless" and "a great sound bite."

The councillor said a 10 per cent cut would potentially result in 35 fewer officers. There are currently 241 sworn officers on the local force.

"We're already low on the cop-to-pop ratio," said Thomson, referring to the number of officers per population. "My residents in Ward 5 are asking for more patrols (and) more officers downtown, not removing 35."

"I completely agree, safety if paramount, but what we're hearing from the community is that we really need to rethink what public safety truly means," said Aylwin, adding that could include affordable housing and mental-health services.

Aylwin said statistics also show the number of officers doesn't correlate with the level of crime, so the money would be better spent on prevention.

However, Thomson said alternatives have to be in place before officers can be taken off certain types of calls for service.

"I just cannot look at 35 officers leaving our force," Thomson added. "I welcome the conversation and the budget process, because I believe that is the way we will get to a happy ending with everybody, when it's a full, wholesome conversation and not just a 10 per cent cut, flat out."

Mayor Jeff Lehman, who also sits on the Barrie Police Services Board, said the 'Defund the Police' movement has the right idea by funnelling tax dollars into other areas.

"But you can’t do that by simply cutting the budget and hoping things will be OK," he said. "It takes planning and it takes work. Defunding can’t be accomplished with Facebook posts."

Lehman said it will come through collaboration with a myriad of agencies and service providers, including in areas such as homelessness, addictions, youth-at-risk, and health care.

The mayor also added the police budget has not traditionally been open to public consultation in the past, but he also noted such input has not been sought, either. He said he suspects that will be different in future budget talks.

In the end, Aylwin's amendment failed, with only the Ward 2 councillor and Deputy Mayor Barry Ward voting in support of asking the police services board for more information about what such cuts could mean for the local police department.

Aylwin recently sent a letter to the Barrie Police Services Board requesting they have a discussion about their budget and find ways to reduce spending and reallocate the money toward front-line social services as part of the 2021 budget process. The letter was discussed at a June police board meeting.

"As the chief of police, I do not support a sweeping defunding of police," Barrie Police Chief Kimberley Greenwood said during the meeting. "But I do, as do other members of our service, support a thoughtful, constructive discussion on public safety systems.

“Investing in social services and assessing the role of police in our community cannot be accomplished by simply cutting the existing police budget,” the chief added. “It isn’t an either/or situation.”