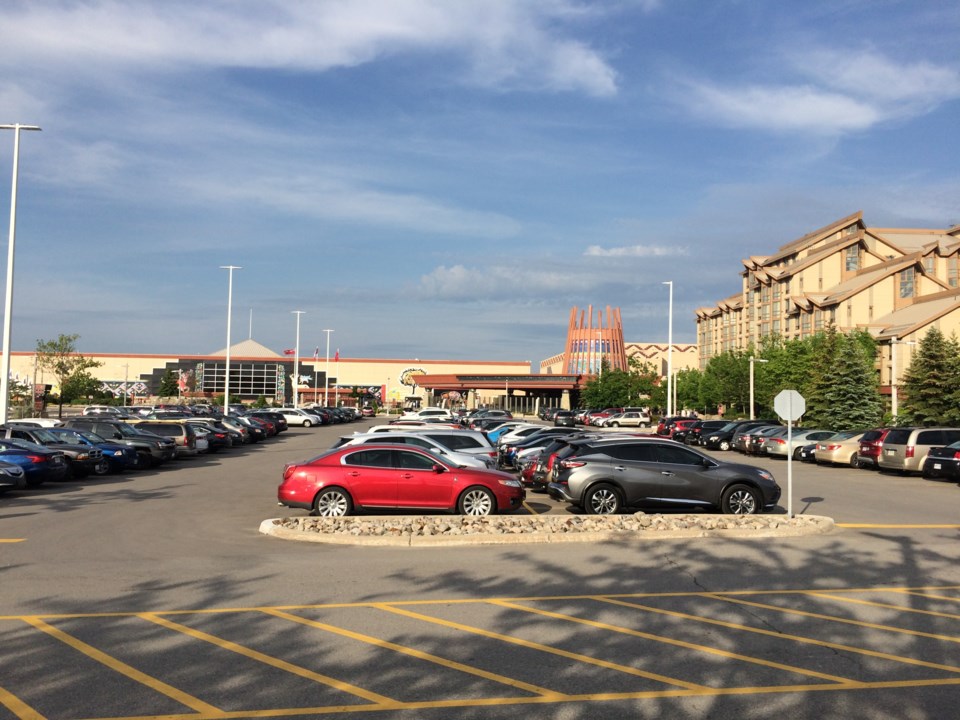 Casino Rama has been evacuated today.

Casino Rama remains closed this evening, for the first time since it opened its doors more than 20 years ago, after a bomb threat was called into Orillia OPP.

Rob Mitchell, director of communications and public affairs for Gateway Casinos & Entertainment Limited, said at 5 p.m. that all entrances to the casino, the hotel and the corporate offices remain blocked off.

He said OPP officers have to scour the entire Casino Rama facility and every hotel room before they can allow anyone back in the buildings.

"They have to ensure that there isn't any threat or any device that might jeopardize our customers or staff," said Mitchell.

"We're waiting to get the green light from the OPP," he added.

Once the OPP gives that green light, Mitchell said "we'll be back in business."

However, it may take a little time as all staff were sent home shortly after the bomb threat was phoned in at about 2 p.m.

Casino officials issued a statement earlier this afternoon at 3:40 p.m.

"At approximately 2 p.m. this afternoon, we were informed of an anonymous bomb threat at Casino Rama Resort that was called into the Orillia OPP," the statement says.

Ontario Provincial Police officers are on site with Rama police working with staff to evacuate the property.

"Our priority is ensuring the safety of customers and employees while the police continue to investigate this threat," the statement added.

The property is temporarily closed to patrons and staff.

Further information will be provided as it becomes available.

"As the building has been evacuated, there is no ability to answer phone inquiries," the casino statement said.

At 3 p.m., Rama Police Chief Jerry Swamp said that the operator of the casino had ordered its evacuation.

It's the first time in the facility's 20-plus year history that an evacuation has occurred.

"We are working with the casino general manager and security," said the chief. "We are assisting with traffic control."

Stroud business steps up with donation to Barrie police
Mar 29, 2020 1:15 PM
Comments
We welcome your feedback and encourage you to share your thoughts on this story. We ask that you be respectful of others and their points of view, refrain from personal attacks and stay on topic. To learn about our commenting policies and how we moderate, please read our Community Guidelines.