Big congrats to Zach and Erica! 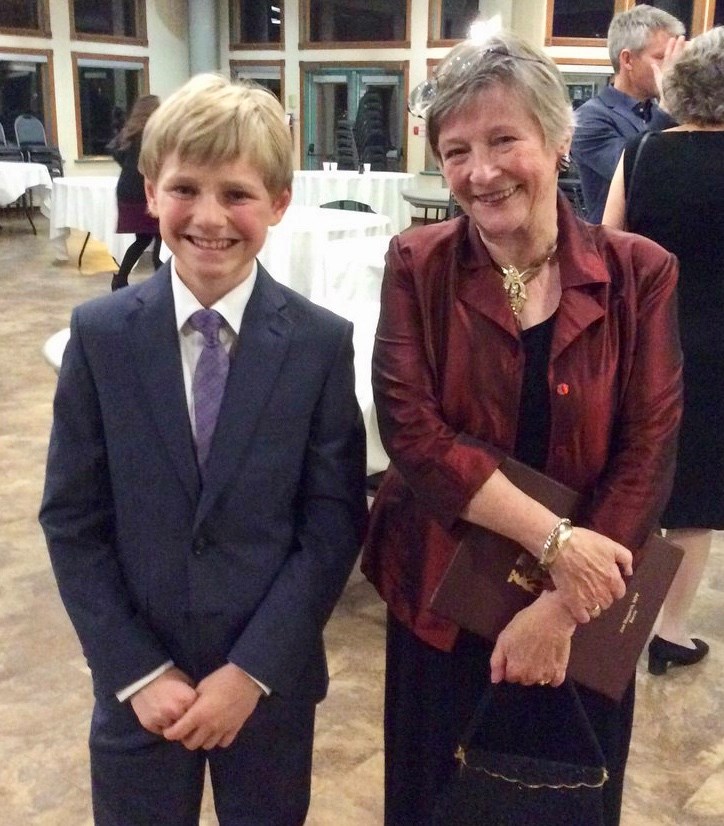 Two community heroes in Barrie received the city's highest honour Tuesday night at an awards gala at the Southshore Centre.

In a release, the city said that as a health care professional, an educator and longtime volunteer, Erica has made a significant contribution to the community of Barrie.

Erica has been an active volunteer for more than 40 years, volunteering her time with the YMCA, Canadian Mental Health Association, Hospice Simcoe and the MacLaren Art Centre.

She has sat on the board of the YMCA, Royal Victoria Hospital and North Simcoe Muskoka Local Health Integration Network, spearheading many important initiatives.

Erica has received numerous awards and acknowledgements for her volunteerism and fundraising initiatives.

In 2009, Erica was diagnosed with Parkinson’s disease, and since then has focused considerable efforts raising awareness and funds.

The following year, Erica and a number of her friends climbed Mount Kilimanjaro, raising over $40,000 for Parkinson’s.

'Erica exemplifies community building. If someone needs help, she has the sensitivity to see what is needed and quietly offers help,' the city said in a news release.

Erica and her husband Jim partnered with a group from Burton Avenue United Church to bring two Syrian families to Barrie, working tirelessly to ensure they are comfortable in their new surroundings and have all they need for their new life.

'Her incredible spirit, positive attitude and her decision, once diagnosed with Parkinson’s, to “seize the day” are evident in all she does. Erica cares deeply about her community and works selflessly to give back to it,' the city stated.

Zach Hofer of the Zach Makes Tracks fundraising campaign is well known in Barrie and across the country for his passion about youth mental health and his epic fundraising journey to Ottawa last summer.

At the age 12, Zach talked about running across Canada like his hero Terry Fox to raise money for kid’s health.

Zach wrote a letter to Prime Minister Justin Trudeau in 2015, telling him about his goal of running to Ottawa to raise money for youth mental health, and that he hoped to meet him when he reached his goal.

In the summer of 2017, Zach accomplished his dream.

He walked, biked and ran from Barrie to Ottawa, raising over $75,000 for the Child and Youth Mental Health Unit at the Royal Victoria Regional Health Centre.

And he met with Prime Minister Justin Trudeau.

'Zach has had a meaningful impact on his community, hearing from kids struggling with mental health and adults who wish there were more services when they were young. He’s become a powerful role model and inspiration for young kids around the world,' the city said in a release.

On Nov. 22, McDonald's restaurants in Barrie will be donating $1 from every Big Mac sold to help Zach reach his ultimate fundraising goal of $100,000.

(Not only is Zach a fundraising phenom, he's also a fan of big Macs.)

The Order of the Spirit Catcher was established in 2000. It is the highest honour bestowed by the City to a volunteer for outstanding service to our community.

'I knew I had to fight': Mom with incurable cancer taking steps to aid research
Sep 27, 2020 6:15 PM
Comments
We welcome your feedback and encourage you to share your thoughts. We ask that you be respectful of others and their points of view, refrain from personal attacks and stay on topic. To learn about our commenting policies and how we moderate, please read our Community Guidelines.