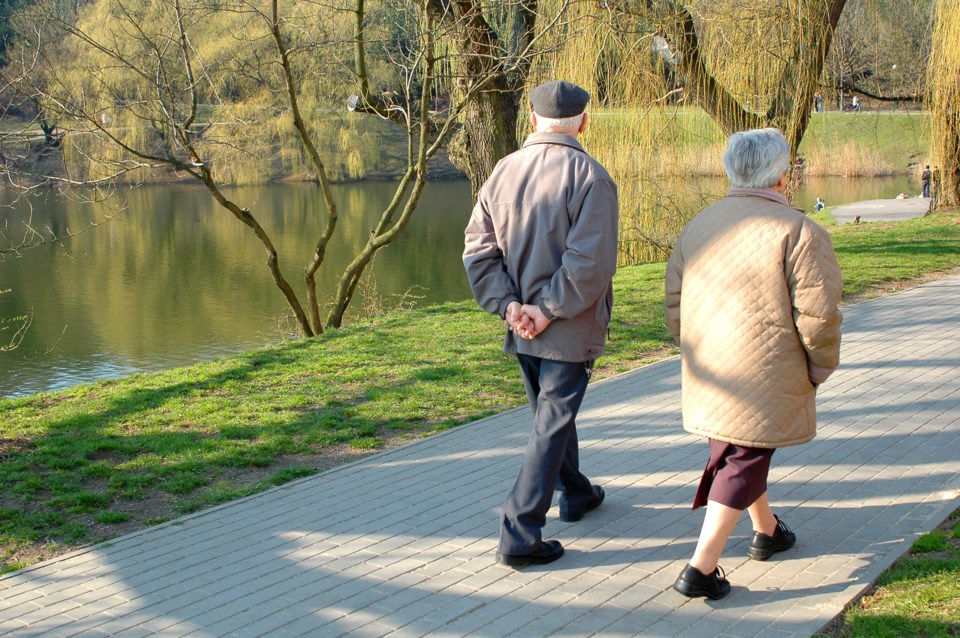 Approved this week, the plan highlights the opportunities the city has to make the community more inclusive as the baby boomers age and move into retirement.

“Over 70 per cent of the strategies or projects area already underway or are earmarked,” said Barrie’s accessibility coordinator Cheryl Dillon.

“We’re hearing the public wants more of some things we’re doing. For example, strategic benches, we heard from a lot of people we do not have enough in certain key nodes.”

Over a decade ago, Barrie removed benches from downtown to reduce loitering.

That, however, has made it more challenging for some seniors to walk along Dunlop Street, as they may require more frequent breaks.

Dillon added the city’s parks planning group is assessing where seniors live in order to add benches to parks in those neighbourhoods.

Then there’s the condition of the sidewalks – in terms of trip hazards and uneven pavement, as well as winter maintenance issues.

One senior told the city: “Downtown sidewalks are slippery, uneven and horrible where paving stones are used. They are a nightmare for seniors and the disabled.”

Walkability was a prominent theme among seniors and their caregivers who participated in surveys and focus groups last year. Many seniors suggested lanes for scooters and bikes; however, in the summer months, downtown can be challenging for those on bikes or scooters as well as those who use walkers, due to the wooden bypasses that are erected around restaurant and bar patios.

“Downtown is not seniors friendly,” another senior told the city. “Too many pubs. Smokers blocking walkways.”

Challenges with Barrie Transit since a major makeover a few years ago were also raised, as seniors who do not drive rely on the buses to get to appointments.

“Poor bus connections and routes are too long. They need to take a long, hard look at the schedules,” said one senior.

Seniors also said the city was second-rate in terms of recreational programs for seniors; however, there are two seniors centres, one at Allandale, the other at Parkview.

It was in fact an issue with a summer day camp taking over the Allandale space a few summers ago that prompted the city to create the Seniors Advisory Committee, which will monitor the implementation of the age-friendly community plan.

“Sometimes it’s as simple as connecting a seniors residence with a nearby commercial node,” he said, adding city staff will integrate the plan into its other work plans.

“There is a very grassroots level impact. Maybe it’s a minor capital project like a bench or a sidewalk (that makes a real difference).”

During the research phase, the city learned there are three specific groups of seniors:

Active seniors, those who require 24-hour support and a third group that requires some help with daily living. Mostly female, these seniors are middle to low income, some do not drive and many are dealing living with conditions such as diabetes, stroke, MS, arthritis and heart disease. They need some support to stay in their homes and need the community linkages.

And as is the case among other demographic groups, there’s a need for more affordable and accessible housing, the report by Dr. David Sheridan and consultant Deb Ballak added.