Best values on the shelves right now (and soon) 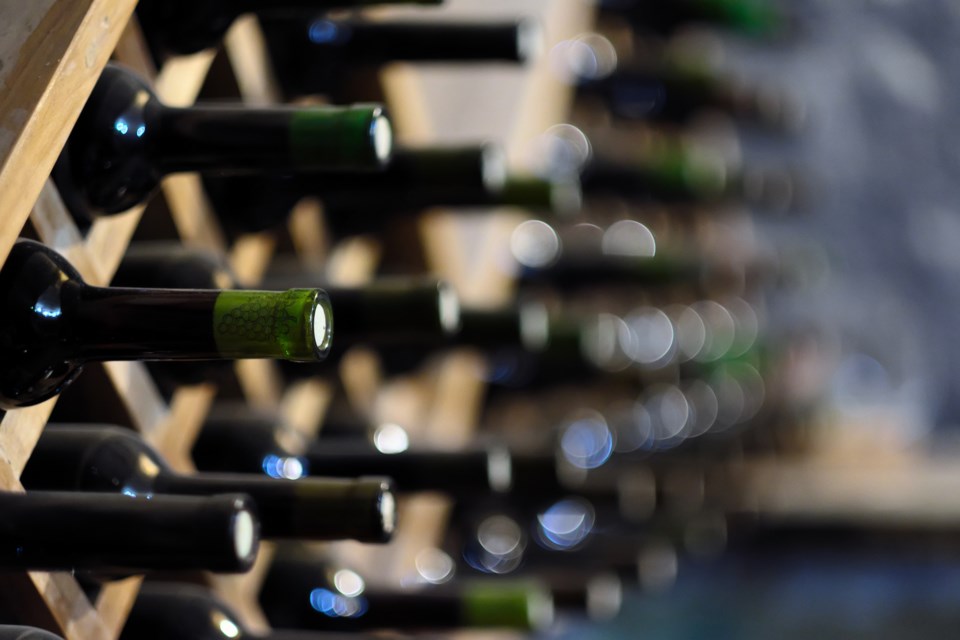 This past week, winespectator.com identified 5 wine regions that “deliver amazing value”. They focused on the southern hemisphere, and while I can’t disagree with their premise entirely, I have to think that their choices were a bit predictable.

For the average American wine drinker, this may be a revelation. A visit to an American wine store will underline the bias towards American wines, most particularly those from California. Other countries don’t get nearly as much exposure.

Here in Ontario, we are rather more “worldly”, with wines from almost every production area having representation at least equal to or likely greater than wines from the U.S.

It was almost automatic that the wines identified in the WS article would be Shiraz from Australia, Sauvignon Blanc from New Zealand, Chenin Blanc from South Africa, Cabernet Sauvignon from Chile, and Malbec from Argentina.

The Wine Spectator‘s definition of value was “under $25 U.S”., which would put the ceiling at over $33 Canadian, currently. Frankly, my idea of value is a fair bit lower than that.

With a question mark beside New Zealand, I would agree that the countries mentioned can provide excellent value, generally. Yes, we can find very good and quite distinctive Sauvignon Blancs from New Zealand, but we can often find as good and more affordable examples from other countries, including Chile.

On the February 2 Vintages Release, New Zealand’s Mount Riley Sauvignon Blanc 2018, $17.95, is said to deliver “excellent fruit intensity and purity, together with fine texture and perfectly pitched acidity,” according to wineorbit.cko.nz -93.

You can compare this to Chile’s La Joya Gran Reserva Sauvignon Blanc 2018, $16.95. It has significant body and depth, with characteristic grapefruit and other citrus elements at play, along with gooseberry and juicy acidity.

New Zealand makes very good Chardonnays and Pinot Noirs, too, but they don’t come to mind immediately when we think of bargains.

Australia is almost synonymous with Shiraz. The same grape, Syrah, is found in many other areas – most certainly in France - though the wines tend to be stylistically different. 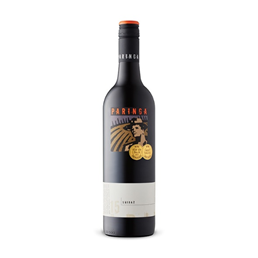 Chile does produce many delicious Cabernet Sauvignons, but its most distinctive red varietal is Carmenère. This grape virtually disappeared when the phylloxera louse decimated the vineyards of Europe in the 19th century. It wasn’t until the last part of the 20th century that the grape was rediscovered, growing in Chile, where these grapes can ripen to perfection.

Try this alongside the Montgras Antu Carmenère 2015, $18.95, coming on February 2. The winery suggests blackberry and plum notes, along with a cedar undertone, calling it mature, juicy and classic.

Argentina is known almost automatically for Malbec. In France, Malbec is usually a part of blends, but it has risen to stand-alone prominence and excellence in Argentina. While we wouldn’t want to take anything away from Malbec, another grape that is now gradually earning a following in Argentina is Bonarda.

Bonarda is often a high-production, mediocre grape used in blending, or for mass-produced ‘plonk’. If treated “respectfully”, with good vineyard management and good wine-making practices, Bonarda can be very attractive. Here is an Argentinian grape to bear in mind and to try when the opportunity arises. 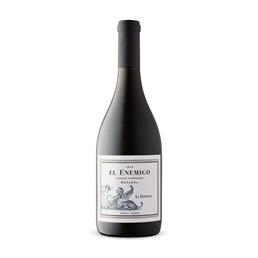 If a good Malbec is what you want, the Wapisa 2016, $19.95, is a new arrival to Vintages. “Full-bodied layered, rich and flavorful. Lots of chocolate and spices,” according to James Suckling - 95.

Torrontés, which seems to have originated in Spain, is an aromatic white grape that is now most closely associated with Argentina. Piattelli Reserve Torrontés 2017, $14.95, carries a 95 from the International Wine Challenge 2018, where it was described as “alluring” and “perfumed, ripe and densely concentrated lovely textural grip and quite fine!”

I certainly agree that, in South Africa, Chenin Blanc has become a grape worth following and enjoying. Prominent there, it is not commonly seen elsewhere except in its homeland in France’s Loire region.

For bargains, though, South Africa can provide these far beyond Chenin Blanc. Chardonnay can thrive there, and reds such as Shiraz/Syrah, Cabernet Sauvignon, and the distinctive Pinotage – a Pinot Noir/Cinsault cross that is basically exclusive to South Africa – are often impressive and relatively speaking, inexpensive. 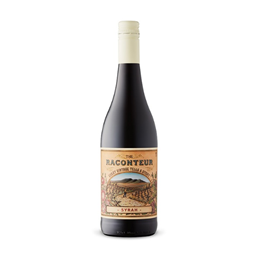 Some of the Pinotage wines are crafted to display a distinctive coffee overtone via the careful charring of barrels. The LCBO features The Grinder Pinotage, $13.95, on its regular list.

In terms of value, however, the LCBO is currently hitting it out of the park with wines from Portugal. The February 2 release has 6 different reds ranging in price from $12.95 to $17.95, representing several production regions and generally featuring native Portuguese grapes. Check with your Vintages Consultant to see which ones your store will be receiving.

Evel Tinto 2014, $13.95, was actually #50 on the Top 100 for the Wine Spectator in 2016! It has red fruit and green notes with plum tart among the flavours identified. Expect a balanced, supple and flavourful wine. 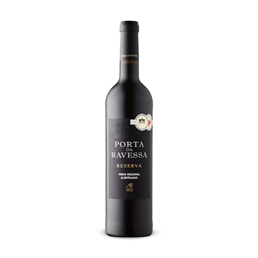 The other quality reds include the Quinta da Rede Reserva 2013 from the Duoro, the Altivo Red 2016 and the Opta Red 2015 from the Dão, and the Periquita Reserva 2016 from the Setubal Peninsula.

In white wine, the Vila Nova Loureiro 2016, $13.95 is impressive, but you may have to order it in if you can. Wines & Spirits magazine refers to floral notes and ample lime flavour.

If the WS ceiling of $25, is the yardstick, our own Ontario wines of quality can easily carve out a large space on the value shelf.

In the Wine Rack stores you can find two new wines, the Jackson Triggs Reserve Signature White and the companion Signature Red. Each is currently $14.25. The white is a fairly dry blend of Chardonnay and Gewurztraminer with a lush mouthfeel and a combination of tropical fruit and lemon leading to a relatively crisp finish with a slight note reminiscent of grapefruit pith kicking in.

The Red has more sugar, but the impact is to soften everything up. It carries ample red fruit that is offset by gentle tannins on the finish. This is easy to take on its own, yet would pair well with roasted chicken, burgers, or even broiled salmon.

If you can rustle up a bottle of Niagara’s Redstone Chardonnay 2013, $25.70, on the February 2 release, you should. You may have to order it in, or have an ally find it for you in a more generously endowed store. At the 2017 National Wine Awards it took platinum. According to winealign.com, it has “beautiful fruit up front and some complex nut, popcorn, lemon and stone fruit” with an elegant and refreshing conclusion. -92

I also look to Germany for value, particularly with Rieslings. Even Bordeaux, often associated with “la crème de la crème” of red wines, can give us excellent bargains. 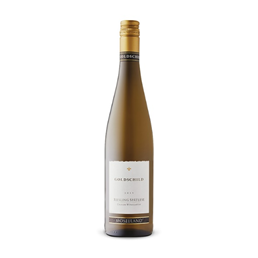 Two inexpensive Bordeaux wines stand out on this next release. Chateau Lamothe de Haux 2017, $16.95, is a typical blend of Sauvignon Blanc, Semillon, and Muscadelle. With warm stone fruit flavours, it is said to be “balanced, rich and fruity, crisp at the end hinting at a more herbal character.” Wine Enthusiast, 90.

Chateaux Marsan 2015, $17.95, from the Côtes de Bordeaux Cadillac, is a round and fleshy red with good density and structure. The impression of black currant and cinnamon may be detected. This may need decanting, or a little more time in the cellar to really reveal how good it is.

Throw in Italian wines in general, and good values are abundant.

Some of the best Pinot Grigios come from the region of Friuli, and the Attems 2017, $19.95, demonstrates this clearly. Known for its purity, the wine presents peach and mango traits. The winemakers suggests accents of vanilla and white tea. The Wine Spectator scored this a 90, and suggested a drinking window extending through 2022.

Sometimes wines made by co-operatives can deliver fine value. Such is the case with Torre del Falasco Ripasso Valoplicella 2016 from the Valpantena sub-region northeast of Verona, $17.95. Deep flavours of dried fruit – cherry, plum – are accompanied by spice, leather, even tar. Loads to enjoy here, and very approachable. 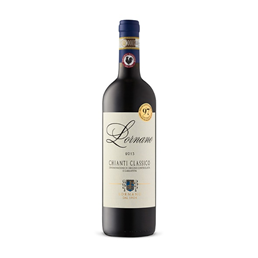 Lornano Chianti Classico 2013, $17.95
From the true heart of the Chianti region in Tuscany comes the Lornano Chianti Classico 2013, $17.95. Italian writer, Luca Maroni, raves about this as one of the best: “gorgeous with rich and fleshy purplish fruit and an intense colour. Silky with pure blackberry and a vein of sweet spices… creamy warm and long.” – 97.

Give the Feb. 2 Vintages Release a whirl. You are sure to find something you like.

Good morning, Barrie!
May 30, 2020 6:00 AM
Comments
We welcome your feedback and encourage you to share your thoughts. We ask that you be respectful of others and their points of view, refrain from personal attacks and stay on topic. To learn about our commenting policies and how we moderate, please read our Community Guidelines.