In some parts of Simcoe County where black bears roam, residents could receive different organics carts as part of the new curbside collection program
Jun 23, 2021 5:45 PM By: Jessica Owen 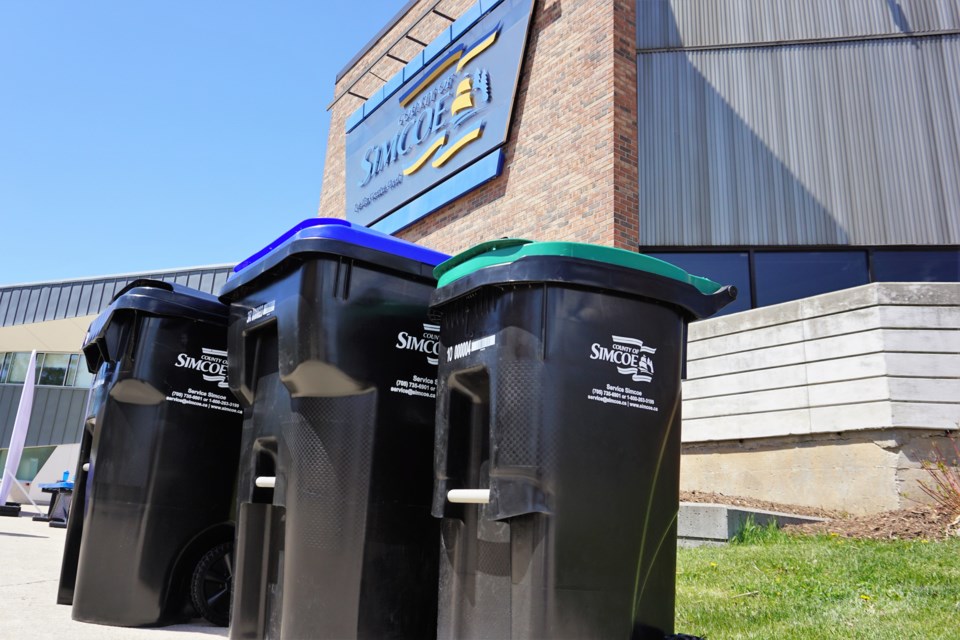 Editor's note: As a separated city, this does not affect residents of Barrie, which handles its own waste collection.

Sizes and time frames and bears, oh my!

As part of their committee of the whole meeting on Tuesday, County of Simcoe councillors received correspondence between the Township of Severn and the county regarding the new garbage, recycling and organics carts that will be rolled out in November 2021 as part of a new waste collection contract with Miller Waste.

The township expressed concerns that the carts would be no match for bears and large animals that are common in more rural areas of the county.

“Council wishes to convey their concern respecting whether the new waste containers are in fact bear-proof, due to the impact on neighbourhoods if they are not,” wrote Severn Township clerk Alison Gray. “Should the containers not be truly bear-proof there is a high possibility that there will be an increase in nuisance bears which endanger area residents.”

Gray also expressed concerns about the standard size of the containers, and requested that Severn Township’s regular collection day for seasonal cottage areas be switched from Wednesday to Monday to prevent garbage containers full of trash from being left out for days after weekenders leave.

“Recognizing that black bears are common throughout many parts of the county and that the organic cart, while sufficient for most animals, would not be secure enough to prevent access by a determined bear, it is our intent to deploy special bear carts on a case-by-case basis,” said McCullough.

McCullough said the special bear carts have been independently tested and certified by the Interagency Grizzly Bear Committee. The carts are heavier, internally reinforced, feature an integrated gravity lock system and feature a unique lid design that can be recognized by bears.

“Studies show that bears can recognize objects and once they learn they’re unable to access food from the carts, they’ll stop trying and search for easier food sources,” wrote McCullough.

Under the new contract approved last year, the new recycling bins will fit 360 litres of materials, the garbage carts will fit 240 litres and the organics cart will fit 120 litres.

McCullough noted in his letter that the sizes were selected based on the amount of material currently being generated in the average county household. He also said the Township of Severn would receive service on Tuesdays under the new contract as of Nov. 1.

“The number of specialized mini collection trucks has been almost tripled in this contract to enable more of the smaller cottage roads to be serviced early in the week,” wrote McCullough.