Deputy Chief Ken Weatherill has been with the Barrie Police Service since 2017
Oct 23, 2020 5:30 PM By: BarrieToday Staff 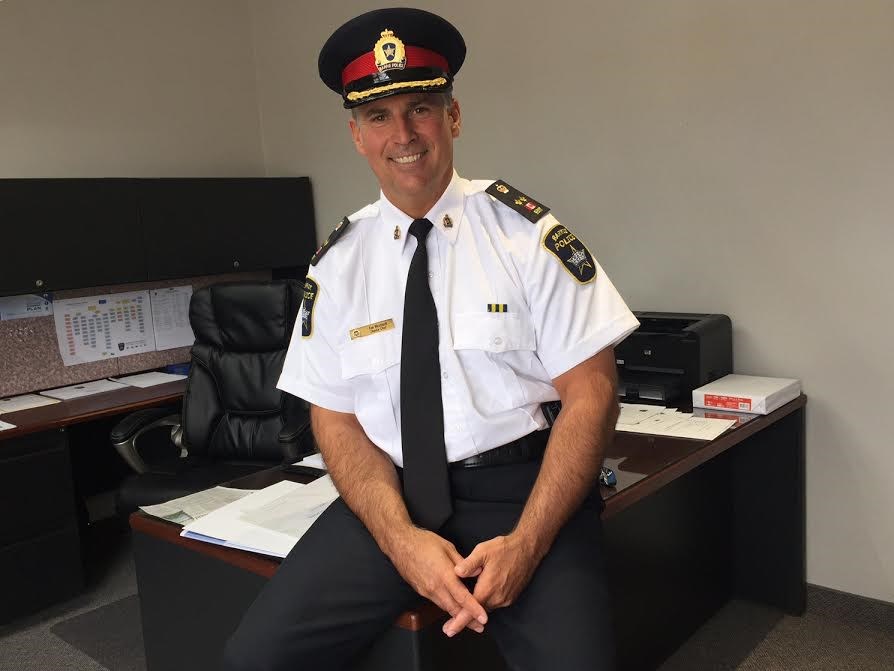 “On behalf of the Police Services Board, I would like to thank Deputy Weatherill for his service to our community,” said Board Chair Angela Lockridge. “His commitment and dedication to policing was unmistakable and we wish him all the best.”

Deputy Chief Weatherill began his career in 1986, with Hamilton Police Service where he served in progressively responsible positions. Some of his assignments included: Emergency Response and Explosive Disposal Unit, Drug and Vice Unit, Homicide Unit, Support Services and Patrol.

In 2014, he was appointed to the rank of Deputy Chief and was responsible for Field Support. He attended the FBI National Academy earning his Police Leadership and Criminal Justice Education Certificate and Rotman School of Business, University of Toronto for the Police Executive Leadership Program.

He introduced the Service's Neighbourhood Policing Model and  worked with local organizations such as Shak’s World, and the community-based Diversity and Inclusion Operational Committee.

Deputy Chief Weatherill served as the Chair of the Ontario Police Technology Information Co-operative (OPTIC), and Co-Chair of the Canadian Association of Chiefs of Police’s Community Safety and Well-Being Committee. He has formed provincial, national, and international relationships with other police agencies, as an active member of many police associations.

Deputy Chief Weatherill is the recipient of the Governor General Exemplary Service 20-year Medal and 30-year Bar in recognition of his loyal meritorious service to law enforcement in Canada.

“Deputy Chief Weatherill has contributed to public safety for 35 years and on behalf of the members of the Barrie Police Service, I wish him well in his future endeavours,” said Chief Kimberley Greenwood.

“The highlight of my career was 35 years ago being handed my badge and sworn in as a police officer. During my career, I have worked with incredible women and men who I know have felt that same pride and responsibility. It has been an honour and privilege to serve our communities as a police officer,” said Deputy Chief Weatherill.