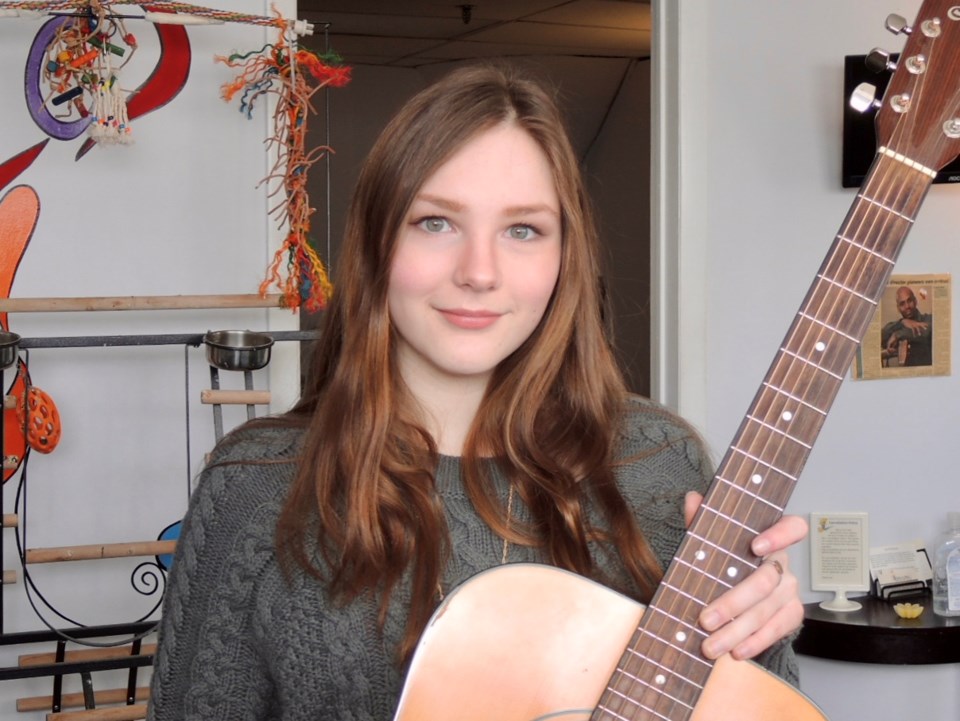 Madison Mueller is attracting lots of attention, including the interest of some Canadian rock icons.

"I've had a couple of really big artists starting to follow me on Twitter - Tom Cochrane and Kim Mitchell," said the 17-year-old singer/songwriter.

It's another big week for the grade 12 student at  St. Joan of Arc.

Mueller is releasing her third single tomorrow called 'Got This Way,' a 'feel-good' love song.

"It's a bit different of a song, It's a little bit more 'poppy'. The subject matter is a bit more light. It's a love song. I was in love. There will be heartbreak songs in the future but this is the song I wrote while I was in the midst of that," she said.

'Got This Way' was written on guitar. She created her first single 'Who Am I' on piano and her second 'Breath of Air' on the ukulele.

After graduation, Mueller plans to take next year off to focus exclusively on music.  She's considering attending Wilfred Laurier or Carlton University to study music in the future.

"I want to see where music goes first ," she said.

Her songs have been played on radio stations and online in Australia, California and the U.K. but nothing locally.  A station in Toronto played her second single 'Breath of Air' for a while along with a station in Kingston.

In addition to the single release Wednesday, Mueller is also leaving this week for two performances in Pennsylvania at the 22nd Millennium Music Conference and Showcase.

There were 300 applicants for the conference but Mueller was chosen to go through ReverbNation.

"I'm a feature performer and I've also been selected to have my song 'Breath of Air' on the compilation CD which goes to all attendees as well as their associates at 78 record companies," said Mueller.  "A lot of the bigger ones will be in attendance and I will be performing live in front of a lot of them. "

The teen went to Nashville earlier his year for a music retreat wth 27 other singer/songwriters and her songs consistently appear in the top ten of indie charts.

Over the last 3 months, she has done several radio interviews and is a feature artist this month on a popular website/blog based in Australia called 'Music Talks.'

Mueller hopes one day to get some local airplay but in the meantime she's working on a music video for her new single.

Her new song 'Got This Way' can be downloaded on a variety of sites including iTunes, Spotify and Google Play.