With so many sports being played and watched in Barrie, it’s no wonder that the city is becoming the place to be for athletes. Now Drive North has stepped on to the court as the place for basketball skills development.
Jan 13, 2016 3:15 PM By: Shawn Gibson 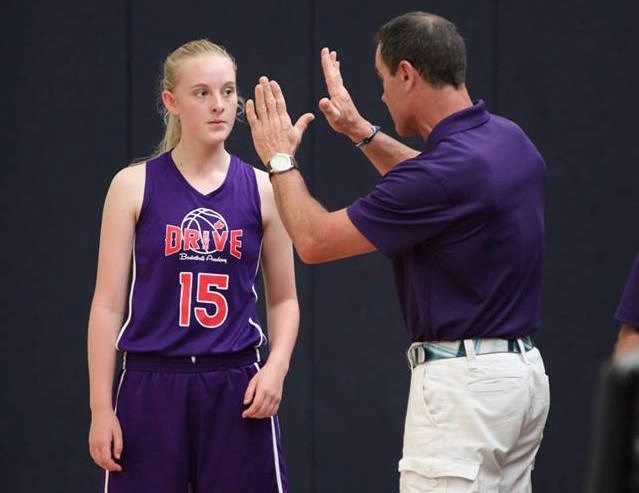 Drive North Basketball Academy is only a year old, but is quickly becoming a source of great learning for players and coaches in the area.

The academy was the brainchild of some of the Junior Women’s Elite League (JUEL) Barrie Royals' coaches, including Todd Smith.

“Basketball is a big part of the sports scene in not only Barrie but the entire area,” said Smith. “Players from the region needed more time to hone their skills, and Drive North does that. We created it to be a skills and conception development academy for players who wanted to further their knowledge of the game.”

While the academy practices out of Barrie at Eastview Secondary School, East Bayfield Rec. Centre and Holly Rec., it has players and coaches from all over Simcoe County attending the sessions.

The Royals, The Orillia Lakers and Collingwood Trailblazers are all benefiting from the extra time on the court.

“There are no egos here,” said Smith. “As coaches we all know each other and anything we can do to better the quality of talent in the area as a whole is a good thing. Players are obviously learning, but one of my favourite things about it is seeing the many coaches taking in what we’re teaching and taking [that] back to their club practices.”

A phrase that was frequently heard throughout the Drive North organization was “Prep for Rep.”

The academy was getting players ready by holding sessions Friday nights and Sunday mornings. Smith felt the more time spent on the court, the more adept players would be handling the ball.

“It’s been said that a player becomes elite by practicing their sport for 10 years or 10,000 hours. You don’t want to over-do it for a kid, but by changing up the way you practice, you can make it exciting for all involved.”

Drive North has been trying to make scrimmages and drills exciting for those working hard on and off the court. While some days might see dribbling and passing drills, other days include mini games to show players and coach’s game time situations, making it more likely that those from the academy will react better in the moment.

“Barrie and Simcoe County have produced a lot of great female basketball players,” said Smith. “That is directly attributed to our coaches and the time and effort that all put on the court.”

Last Friday, there were more than 50 kids out for the first night of the winter session.

Drive North wants to make sure that quality gets taught over quantity and has several coaches helping in the building process.

A new partnership of sorts with Hamilton-based Blue Star Basketball will benefit all involved.

The friendship between the two organizations will assist in travel and exposure for many of the girls in the Simcoe County area.

“We have taken girls from grades 5, 6, 7 and 8 to tournaments in the U.S. to expose them to the different skill level there,” said Smith. “Not only have we had a great time becoming better basketball players, but the life lessons of teamwork, discipline and focus are invaluable.”

In April, there will be many opportunities south of the border as girls in grades 5 to 8 will play in Toledo in May and Syracuse and Hershey in June.

Players in grades 9 and 10 will also head to Toledo in May, but will be a part of recruiting opportunities in Cincinnati and Indianapolis in July.

A recruiting event is also available to the grace 10 girls in July in Washington, D.C.

“It’s not just U.S. schools that will be looking at our players,” said Smith. “A lot of Canadian universities will be able to check out the kids in a different environment and that will assist with players looking to keep their post secondary education in Canada.”

The coaches are beaming about the Drive North program, but it’s the families that sit at the practices and games that are the support group to the players.

While some players have been through the system from last season, there are many who are new and beginning to show a love of the game.

Amanda Bisignano’s daughter Sophie is new to the program having fallen in love with the sport in her grade 4 year.

Now in grade 5, the Drive North student is having fun learning from the best, her mom says.

“These coaches are fantastic,” said Amanda. “They are teaching the kids things that are way above a level of what the girls would be learning elsewhere. Sophie’s been in rec-centre games and school and is a very athletic kid, but this really focuses on her individual learning. Nine weeks, two hours at a time is not really hurting too much in other areas like school or chores. Look around, every kid here has a huge smile on their face.”

For more information on how to sign up for the upcoming Drive North season or to just know more about what they offer, check out their Facebook page under the Drive North.