Barrie-based campaign will highlight work of one big-city mayor

'Local engagement has been down during recent municipal elections. We know there are a lot of good mayors doing a lot of good work that deserves to be talked about'
Jan 29, 2019 7:30 PM By: Wendy King 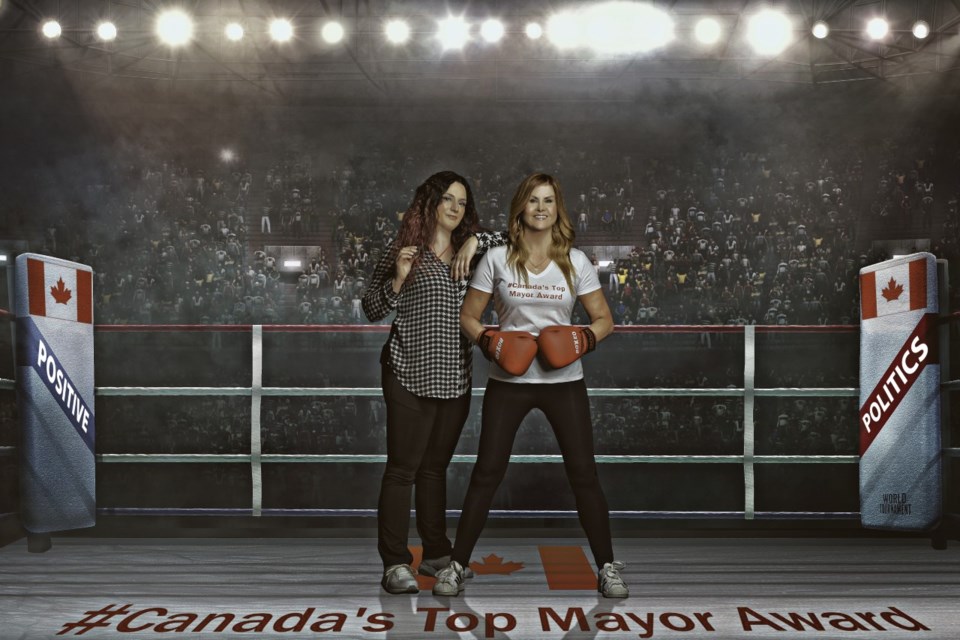 Who is the best mayor in Canada?

We are about to find out as two longtime friends and Barrie entrepreneurs launch a year-long friendly competition to celebrate big city mayors.

Founder Dawn Mucci and co-founder Tammy-Ann Chapman got tired of the negativity that has surrounded politics in general.

“We want to dispel some of the negativity in politics," Mucci said. "Local engagement has been down during recent municipal elections. We know there are a lot of good mayors doing a lot of good work that deserves to be talked about.”

Chapman says each mayor who is nominated will be judged in three categories, including talent and sportsmanship, leadership and growth, strategy and vision.

"We want to show the mayors in a human light," she added. "They have hobbies and passions as well as platforms.”

Through video and a number of social-media platforms, the nominated mayors will be introduced to the public, who will then vote and whittle the list of a potential 50 down to the top three.

Then, a panel of nine judges including artists, NHL players, broadcasters and entrepreneurs and a few local influencers, who are still to be chosen, will choose the winner.

All of this will continue through the year with a final announcement in December.

The committee is asking the public to get involved to support their mayor and city in this venture.

The volunteer group is reaching out to businesses for corporate sponsorships with a goal toward reaching $1 million. That money will go to the winning mayor’s chosen charities or community programs.

“This is a positive effort, all around," Mucci said. "It will give the mayors an opportunity to highlight their city and its progress, increase engagement among other politicians, encourage public interest and raise money for charity.

"Together, we can solve problems and create changes at the grassroots level.”

Nominations will be accepted as of Feb. 2 online here.