Barbecues, tents officially banned in Barrie parks by the water 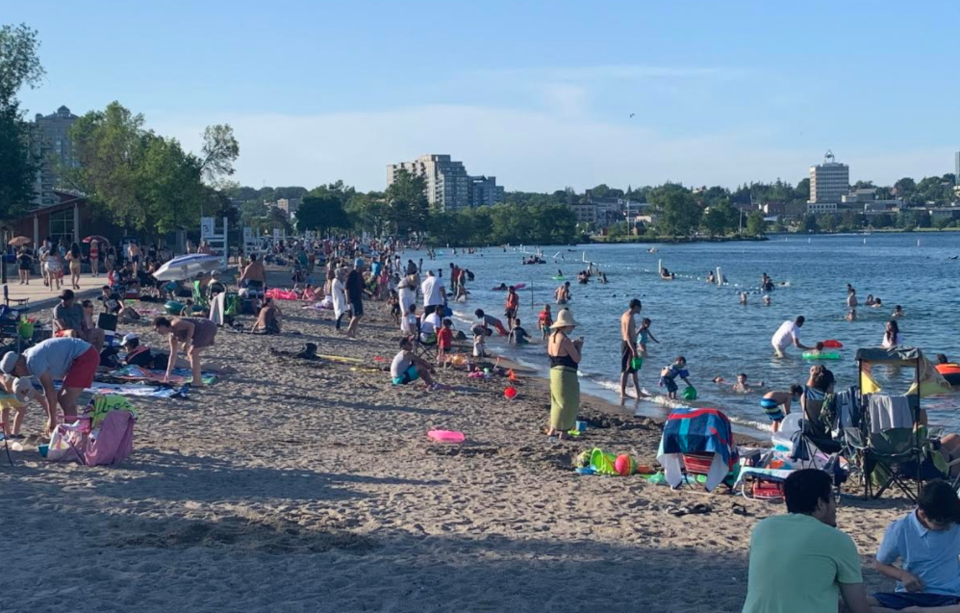 Barrie’s waterfront parks are off-limits for personal barbecues and tents.

City council gave final approval Monday night to a motion prohibiting cooking appliance in parks by water — unless a designated community-use barbecue, installed by the city or otherwise authorized by it — and to ban tents and sunshades in waterfront parks, unless they only have one supporting pole and one wall or side.

Charcoal barbecues and tents will still be allowed at inland city parks, although there are to be no tents on city-owned land on Little Lake.

Disposing of or depositing community-use barbecue coals in any waste container, or any other location other than those designated for their safe disposal, is also banned.

The use of barbecues and other cooking appliances resulted in complaints from smoke and odours by both park users and area residents. In addition, city staff also noted increased garbage and debris — as well as dumping of materials that were still a potential ignition source.

Tents and other large sunshade structures also contributed to the overcrowding and congregating, along with being a public safety concern; they obstruct the view of lifeguards and parents for those in the water. Complaints were also received about what was going on inside tents, including using them as washrooms.

Last July, a city emergency order temporarily banned barbecue use or other cooking appliances in Wilkins Park and other beach areas within Barrie’s waterfront parks. Another emergency order later that month temporarily banned barbecues and other cooking appliances, and using tents, from all city waterfront parks, beaches and trails.

In both cases, city staff were to have zero tolerance for enforcing these orders.

City staff say the use of barbecues, both propane and charcoal, in parks has increased as park use has changed to more full day visits rather than a short stay and swim. Citizens are using Barrie parks not only as general gathering places, but have also started using them for family events and community gatherings, according to staff.

Personal barbecues in Barrie's waterfront parks to be banned
Mar 30, 2021 11:22 AM
Comments