Atkinson comes up big in Baycats win over Leafs

Barrie hosts the Brantford Red Sox on Saturday afternoon at Coates Stadium
May 24, 2019 9:54 AM By: BarrieToday Staff 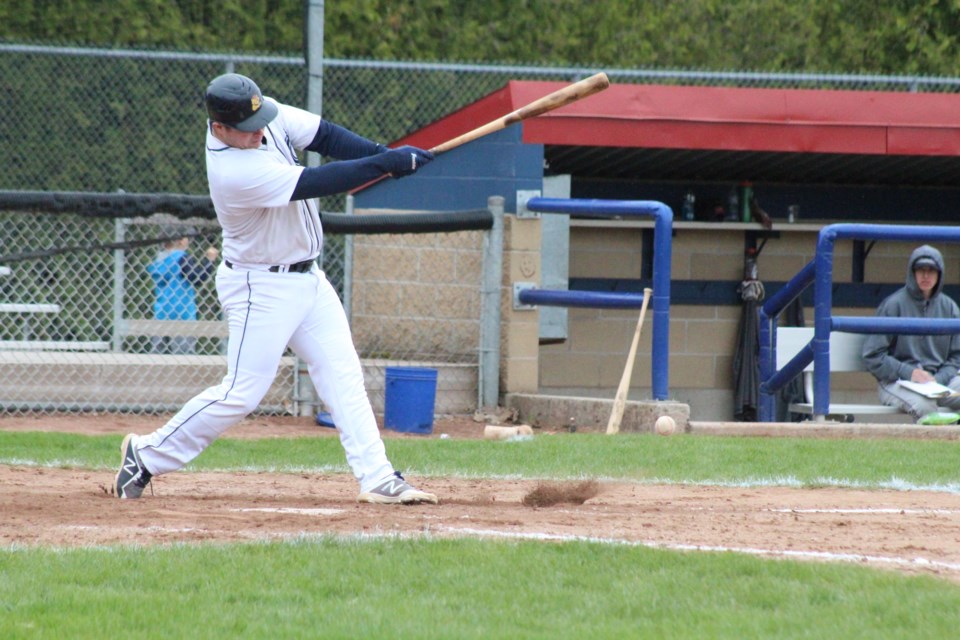 NEWS RELEASE
INTERCOUNTY BASEBALL LEAGUE
*************************
Kevin Atkinson homered and drove in three to lead the Barrie Baycats to an 8-1 win over the Toronto Maple Leafs Thursday night at Coates Stadium.

Jordan Castaldo went 2-for-4 with a home run and scored twice.

Starlin Rodriguez singled twice and scored twice while driving in a run, Kyle DeGrace went 3-for-5 with an RBI and a run, and Darren Shred and Ryan Spataro each drove in a run.

WELLAND – Reigning IBL Pitcher of the Week Euclides Leyer struck out nine over seven no-hit innings to lead the Welland Jackfish to a 6-3 win over the visiting Brantford Red Sox Thursday night.

Leyer (2-0) walked one and allowed three unearned runs – all of which were scored in the sixth inning thanks to four Welland errors.

Casey Bouillere-Howard picked up his first save with two scoreless innings. He struck out one.

At the plate, Andrew Mercier and Nolan Pettipiece each had a pair of hits in the win. Wilson Soriano, Caleb Feuerstake and Brendon Dadson all had a hit, RBI and run. Kenny Hahnfeld drove in a run, and DeAndre Asbury-Heath scored twice.