As the city grows, councillors earmark $4M for replacement buses

Expanding the fleet will be needed to service the south end, although 'growth has not occurred in the annexed lands as quickly as expected,' says councillor
Jan 23, 2021 5:00 PM By: Bob Bruton 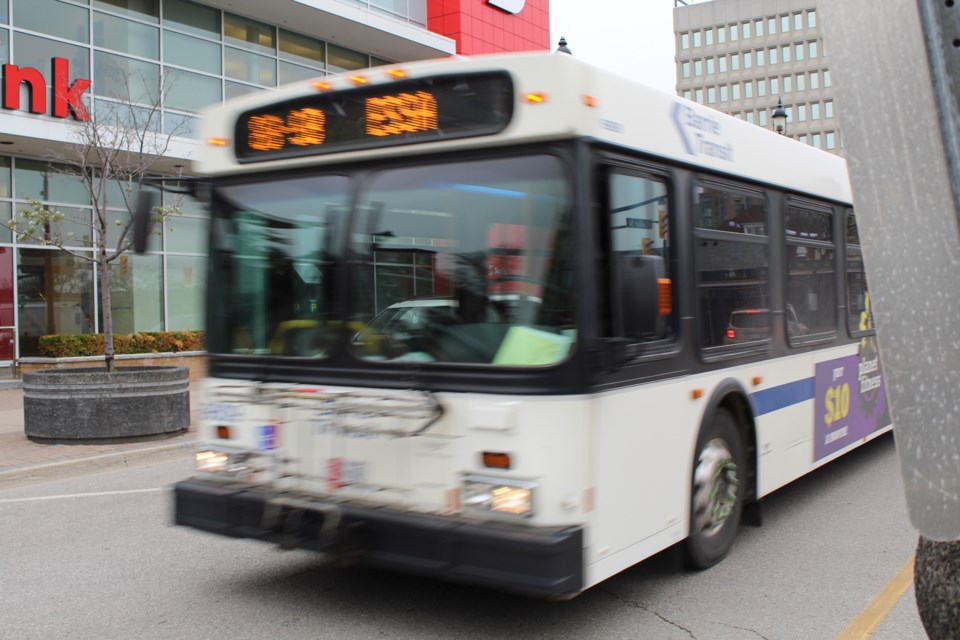 There’s nearly $4.2 million in this year’s Barrie capital budget to buy new replacement buses and those to service city growth.

Council will consider final approval of this expenditure at Monday’s meeting.

The city has 46 buses in its fleet and each has a life expectancy of about 12 years; it purchases and replaces as many as four buses annually, and the last one cost $650,000 for a 40-foot, conventional bus.

During budget talks Jan. 19, councillors resisted delaying the purchase of growth buses until next year, which Coun. Sergio Morales proposed.

“Growth has not occurred in the annexed lands as quickly as expected. We all know that,” he said of the former Innisfil land. “It’s not bus replacement, it’s bus growth; this has nothing to do with existing buses or buses we need to buy. This is essentially the ramp-up to buying buses for annexed land growth that we’re going to get.

“We’re just shifting… we’re just realigning the purchasing,” Morales said of his motion to defer spending to 2022 and extending future forecast years by one.

Rebecca James-Reid, the city’s executive director of Access Barrie, said it took 12 to 15 months between ordering and getting a bus — before the COVID-19 pandemic. She said 85 per cent of funding for growth buses comes from development charges — designed to recover the capital costs associated with residential and non-residential (commercial, industrial, institutional) growth within a municipality.

“Procuring the buses now gives us the opportunity to be flexible,” said Brent Forsyth, Barrie’s director of transit and parking strategy. “We are planning in a pretty uncertain time. If we order the buses this year… there could be an opportunity to shift these to our replacement buses, if the growth isn’t happening or the service doesn’t return.”

Barrie Transit is anticipating a $3.2-million shortfall in fare revenue, or 47 per cent less, in 2021 with reduced ridership from the continued impacts of COVID-19 and Georgian College students learning remotely. Reduced transit service and fuel savings offset the shortfall by $600,000, but to meet the 0.82 per cent year-over-year budget target in the 2021 budget, transit will need to receive an additional $2.5 million in federal and provincial funding.

Forsyth said replacement buses are funded about 73 per cent from federal and provincial coffers, but their cost generally increases each year.

“Just like other projects, the longer we wait, the more they get (costlier to buy),” Coun. Robert Thomson said of transit bus purchases.

“The length of procurement is definitely a concern for me,” Coun. Keenan Aylwin said of any delay.

The transit bus growth will be required for additional routes to service the residents in the former Innisfil land. In order to maintain current service standards, support the new routes, and meet transit targets, say city staff, growth of the fleet is required. There are currently not enough buses in the fleet to support new routes added to the network. The budget this year is $2,089,000.

Barrie Transit's current 20-year contract with MVT Barrie Bus identifies minimum maintenance requirements based on a fleet management strategy. By the end of their 12-year anticipated life-span, the probability of buses failing is high and would cause significant impact on the service level provided to Barrie residents.

As such, the transit bus replacement program identifies the annual requirements resulting in the retirement of the existing buses which have reached their expected life, say city staff. Its budget this year is $2,089,000 as well.

Also in the mix is the Allandale Transit Mobility Hub at the Allandale Waterfront GO Station. It is to provide transit services and connections between Simcoe County, Muskoka and the Greater Toronto Area. Barrie Transit’s route system and schedules would be adjusted accordingly when the hub is built. There will also be new transit routes and buses to service growth in Barrie’s south-end connected with the hub.