'An amazing day for health care in Barrie' 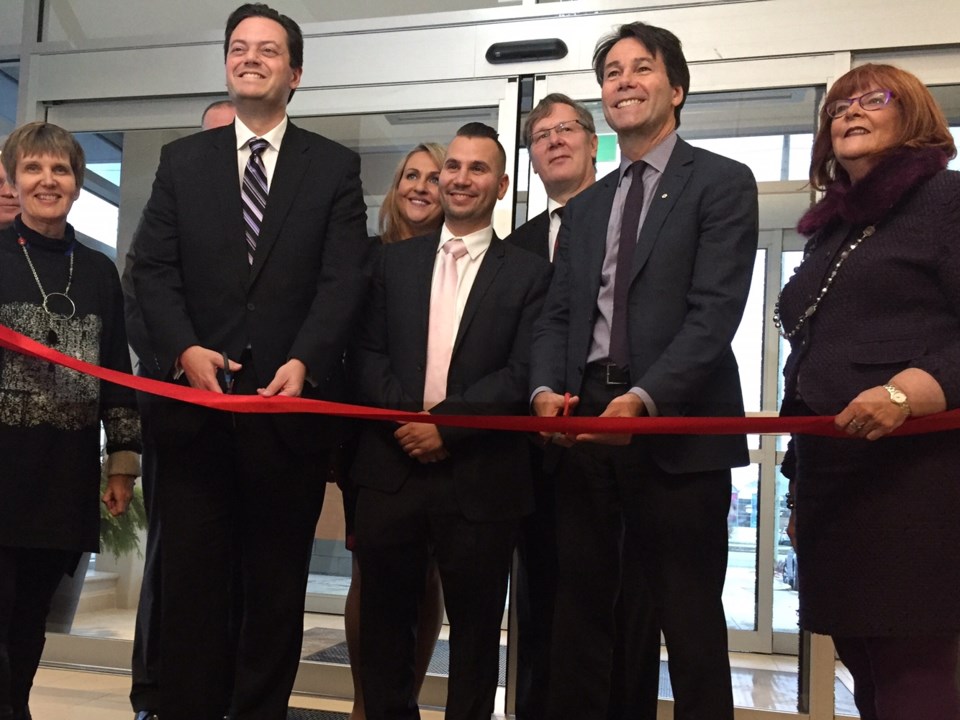 "This is a fantastic place," Hoskins said to a packed lobby. "It looks at health care from the patient's perspective. They want care close to home in a coordinated fashion, as seamless as possible."

Hoskins and Lehman were joined by other dignitaries including MPP Anne Hoggarth, Ward 8 Councillor Arif Khan, Michael Feraday, Executive Director of Barrie and Community Family Health Team and Andrew Kidd, Senior Vice President of Northwest Healthcare Properties, a company that partnered on the project along with Amico Group of Companies.

The Barrie Primary Care Campus building is located at 370 Bayview Drive and offers new space for family physicians in the south end of Barrie where there has been significant population growth and more to come.

"It's an amazing day for health care in Barrie. This is not just a building, it's the future of health care," the Mayor said with pride. "This is a leading edge medical facility -dare I say - the only one of its kind in Canada."

"This is one of the first projects when I came on in 2012 that I was able to participate in so this is a fantastic milestone for our community," said Arif Khan. "It's a state of the art facility. Virtually everything under one roof."

Khan says this is an example where the city is ahead of the curve because the facility anticipates the needs of south end growth.

Michael Feraday, executive director of the Barrie Family Health Team, said the facility will offer a variety of care for patients ranging from new moms, to diabetics and people with mental health challenges.

The Barrie Family Health Team has a roster of over 140,000 patients.

"In the old days most family doctors would have their offices near the hospital. This reflects new thinking," he said.

"We're trying to get physicians closer to their patients."

"We have a really strong walk-in clinic team that's all part of the Family Health Team," explained Feraday. "We see as many patients as they see in the RVH emerg in our walk-in clinics here."

Bursaries available for women going into trades: 'Business is booming'
May 29, 2020 7:00 PM
Comments
We welcome your feedback and encourage you to share your thoughts. We ask that you be respectful of others and their points of view, refrain from personal attacks and stay on topic. To learn about our commenting policies and how we moderate, please read our Community Guidelines.