Presidents of unions representing teachers across Simcoe County question claims made in a letter to parents minister of education Stephen Lecce posted on Twitter on Sunday
Jan 4, 2021 7:00 PM By: Jessica Owen 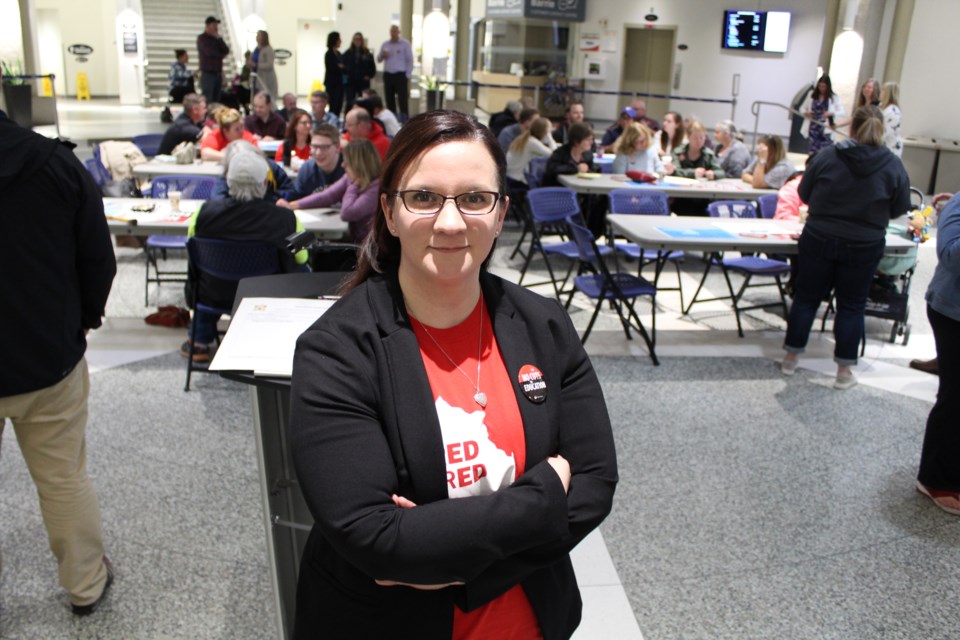 On Sunday afternoon, Minister of Education Stephen Lecce posted an open letter to parents on Twitter about back to school, but local teachers’ unions are raising alarms about misleading statements in the letter, which they say might contribute to a misunderstanding of what is currently happening in schools.

“I’m not sure the provincial government truly appreciates what the education system does,” said Kent MacDonald. “They take credit for a number of things. In the end, it falls on the education workers.”

In Lecce’s letter, he claims that every teacher was given professional development on remote learning.

MacDonald says teachers with the Simcoe Muskoka Catholic District School Board were given the opportunity to review some online resources as part of professional development, but that it wasn’t mandatory.

In part of the letter, Lecce says that Ontario stands alone in creating a comprehensive online learning management system that ensures teachers can engage students in live, synchronous learning, send and receive assignments, and participate in discussions in a secure environment.

“I’m not sure they created Brightspace. It’s free for educators and school boards,” said MacDonald, adding there are other subscription services used as tools by teachers, but either the teachers are paying out-of-pocket for them, or the school boards are.

He said teachers at the Catholic board are given the option of using either Brightspace, Google Classroom, or both.

“I think when Lecce says, ‘everybody’s trained,’ it gives the impression that we’re all ready to go. That’s really not the case,” he said. “We do have to work with it to get used to it, but the challenge for teachers is we’re doing that in front of students, which isn’t ideal.”

In the letter, Lecce refers to emergency child care spots the government has opened up to accommodate essential workers. MacDonald said a key component of that program is missing from the letter: teachers and education workers are not considered essential workers.

“And yet, they expect teachers to be working,” said MacDonald. “I think a lot of people can relate to being home, trying to do a Zoom meeting and having kids around. That’s the pressure. How do you do both?”

Jen Hare, president of the Simcoe County iteration of the Ontario Secondary School Teacher’s Federation, also takes issue with Lecce’s claim that every teacher was given professional development on remote learning.

“It’s simply not true. The teachers who were assigned to remote learning, or what the Simcoe County District School Board has called Learn@Home, were given guidelines and webinars, but the general teachers doing face-to-face learning weren’t given any professional development at all because they wouldn’t have needed it,” said Hare.

Hare says the distance learning that teachers adapted to back in March looks very different from the remote learning done now.

“We’re hoping to catch up quickly to get through this shutdown,” she said.

“There is a ton of anxiety out there. There have been requests for sick leaves for this chunk of time. It’s completely understandable, in my opinion,” she said.

Hare said she has sympathy for the school boards as well. Typically, professional development (PD) is done in schools, in person with help along the way. With that no longer happening most PD is now done virtually through self-directed webinars.

“When you’re looking at essentially changing your entire practice, it’s just not the way most professionals learn,” she said.

Allyn Janicki, president of the Ontario English Catholic Teachers’ Association Simcoe Muskoka secondary teachers union, did not return a request for comment for this story.

However, on Sunday night, she Tweeted on the subject.

“To suggest that teachers have been ‘trained’ via PD modules that were either self-directed or cursory overviews delivered by non-experts is like saying I am a forensic investigator because I watched CSI,” she wrote.

Janet Bigham, president of the Simcoe County chapter of the Elementary Teachers Federation of Ontario teachers union which represents the public board’s elementary teachers, did not return a request for comment for this story.