Ontario's agricultural fairs delayed until 2021, but organizers find ways to fill the gap

Some event organizers will host online events this year; 'We’re not trying to replicate the physical fair. It will be a different type of experience, like this whole year is'
Oct 17, 2020 7:00 PM By: Miriam King 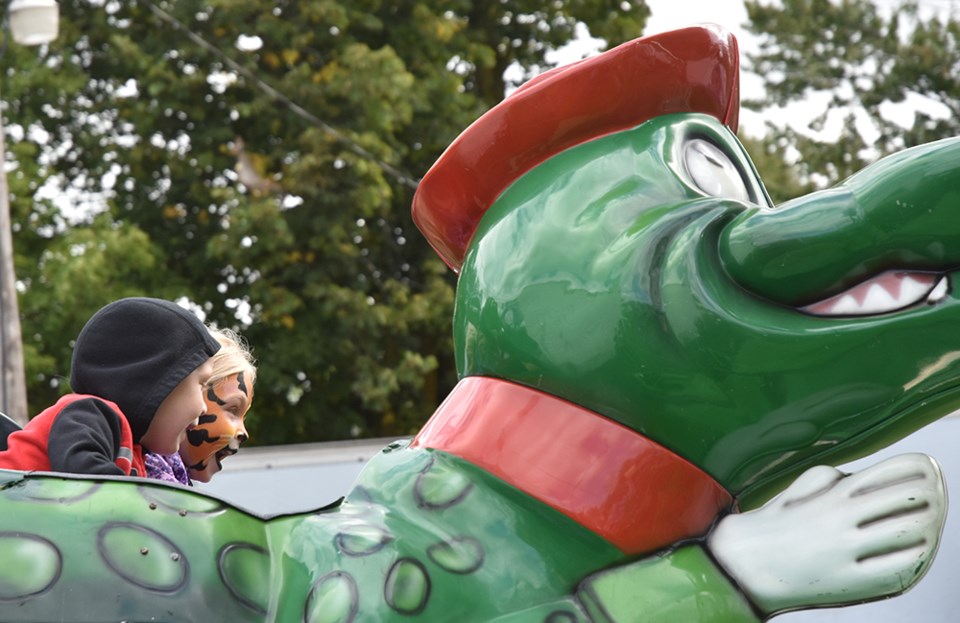 Kids enjoy the thrill of the Magical Midway at the Beeton Fall Fair, but not this year. Miriam King/BradfordToday

September 2020 marked the first time in the Beeton Fall Fair’s 164-year history that the event had to be cancelled.

Nothing – not even the First or Second world wars – led to a cancellation. That is until COVID-19 hit.

It’s a sign of how interconnected urban and agricultural communities have become.

These days, most farm families have at least one member who commutes to an outside job on a regular basis. Farms have become agri-businesses; trade and commerce are regional, if not international; and what happens in Toronto and in other urban centres is just hours away from any other point in the province.

So when the pandemic hit, everything shut down.

The cancellation of the Barrie Fair was announced in mid-April. “I can’t sit here and say that 2021 is a sure thing; we had a lot of momentum coming out of this past year," general manager Ryan Johnson said at the time.

Amanda King, president of the Markham Fair, summed it up like this: “Using all information currently available, the board has unanimously decided that the safety of our visitors, volunteers, staff and vendors is our primary concern… Over the last 176 years, the Markham Fair has overcome many challenges and this is no different.”

The Schomberg Fair, normally held in May, not only cancelled its 2020 season, but is now looking at a possible cancellation for 2021, as well.

With maximum capacity for outdoor gatherings currently set at 25 people, “I don’t think they’ll be at 5,000 by May,” she said.

It’s not just local fairs, like Barrie, Beeton, Schomberg and the four-day Markham Fair that have cancelled their events in 2020.

The Royal Agricultural Winter Fair has also made the decision to “wait for another year.”

The Royal is a huge undertaking. Canada’s largest indoor agricultural fair, it brings together more than 6,000 animals and thousands of producers from across the country every year.

This is only the second time in its history that the Royal has been cancelled; the last time was during the Second World War.

The Royal began considering closure back in February and March, and made the decision to cancel the in-person format “probably in April-May, when we were watching what was happening with government restrictions… and wanting to let our exhibitors know as soon as possible,” said Royal chief executive officer Charlie Johnstone.

Although it was decided that an in-person Royal would not be safe, organizers found an alternative — a virtual fair experience, online and through social media, that would keep the spirit of the Royal alive during these difficult times.

“We started to really look at that in the June-July timeframe,” said Johnstone. “What we didn’t want to do was just have a webinar attached to our website. That’s not the Royal.”

Instead, the Royal made a “significant investment” in developing the virtual platforms and programs, that will make up the Royal Agricultural Virtual Experience.

From Nov. 10-14, ‘visitors’ are invited to take part in the experience, with content on demand streamed live from 9 a.m. to 9 p.m.

The pandemic has offered a unique opportunity, especially to expand on the Royal’s longtime focus on education, Johnstone said.

Education “is really at the heart of the Royal,” and always had been, he noted — but this year “there’s significantly more interest in where food comes from, food to table. People are doing more cooking at home… We’re going to be able to capture that in a virtual experience at the Royal.”

Youth between the ages of 15 and 25 can learn about jobs in the AgriFood sector through RBC’s Grow Your Skills site, which will also offer a virtual career fair.

For younger children, teachers are being invited to access grade-appropriate educational materials, made available by partners that include grain, dairy and beef farmers.

The University of Guelph’s 'A Place to Grow' will provide insight into “how science, technology, research, innovation and entrepreneurship all impact how we grow food,” he said, adding the Dairy Farmers of Ontario will provide a look at the future of dairy in Ontario – “how to meet society’s present and future food needs, while being sustainable.”

There has been an increasing interest in “local” foods, over the past few months.

But not everything. While the Royal’s food competitions went ahead this year, livestock competitions did not, and there will be no Royal Horse Show.

In a normal year, the horse show attracts about 1,000 competitors.

“Right now, you can’t even get the international riders to come up; the borders are closed,” Johnstone noted.

Instead, with the support of equine organizations, the Royal is planning five nights of ‘Fireside Chats’ with past champions and Olympians, something that will be “really unique and fun” for fans.

“It’s taking the elements that will translate well in the virtual sense,” Johnstone said. “We’re not trying to replicate the physical fair. It will be a different type of experience, like this whole year is. but it’s the right thing to do. I’m looking forward to it.”

The Royal Agricultural Virtual Experience will be accessible on any device, with registration at royalfair.org/virtual. Participation is free, thanks to a long list of sponsors.

On Remembrance Day, city urges people to pay their respects from home
Oct 27, 2020 4:48 PM
Comments
We welcome your feedback and encourage you to share your thoughts. We ask that you be respectful of others and their points of view, refrain from personal attacks and stay on topic. To learn about our commenting policies and how we moderate, please read our Community Guidelines.