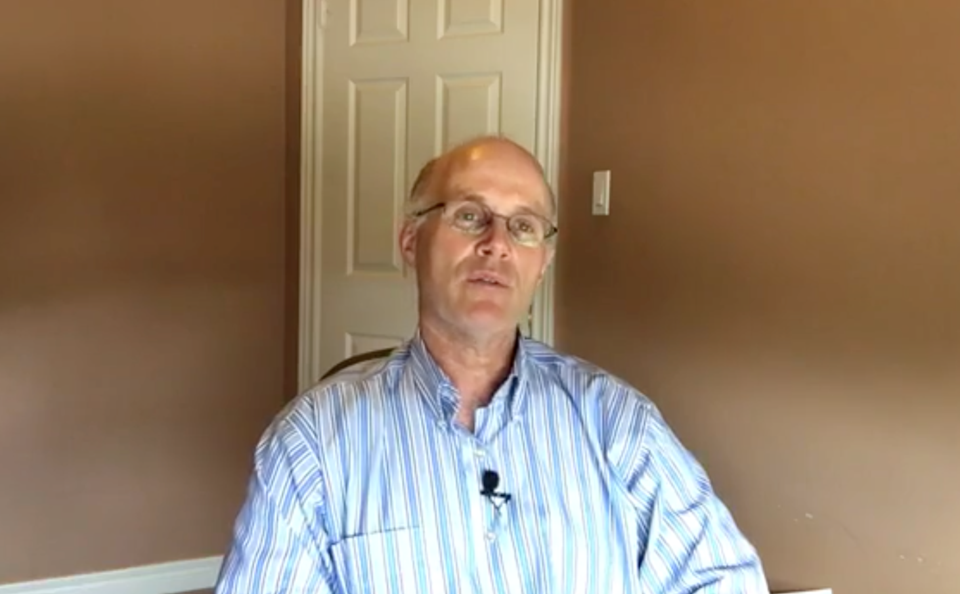 Dr. Charles Gardner addresses the media in a briefing from his home office via Facebook live on Thursday, June 4. Screenshot

The region’s medical officer of health is cautioning residents of Simcoe-Muskoka not to get ahead of the province and assume controls can be relaxed as the number of new cases wanes.

“I think there’s some fatigue of vigilance,” said Dr. Charles Gardner, medical officer of health for Simcoe Muskoka, today. “I see examples in the community of people who are not physically distancing.”

But now is not the time to skip a handwashing or allow your two-metre bubble to shrink, he said.

“The virus is still circulating,” said Dr. Gardner. “It’s still there, like seeds waiting to germinate.”

In Simcoe-Muskoka, however, the spread of COVID-19 has slowed.

“It was a landmark moment for us,” said Gardner. “I commend all of us for our hard work in achieving this ... we have flattened the curve.”

“We need to keep it up,” he said. “People are wondering about the province’s reopening plan and proceeding with relaxing controls … We have to wait for the province to proceed on that.”

Gardner has advocated in the past for an order from the province allowing people to expand their social bubbles to add a few people from outside their household.

While he says he looks forward to the day, he cautions that order has not yet been given.

“I do see evidence that a lot of people are getting together closer than I would recommend,” said Gardner. “That is letting down your guard.”

He also noted it serves as evidence that people need more social outlets.

The health unit is working with other regional health units to come up with advice for municipalities for how to open up public spaces such as parks and beaches safely.

Simcoe Muskoka District Health Unit has confirmed a total of 482 cases in the region since the beginning of March. Included in those cases are 16 people whose primary address is outside of the region but who tested positive and recovered in the region. One of those people died, seven recovered in Muskoka and the remaining eight recovered in Simcoe County.

There have been another 52 people who have been tested in the region, received positive results, but have or are recovering outside of the region. Those cases are not included in the region’s total case count, but will have been reported to the health unit where they live.

Of the 482 cases confirmed in the Simcoe Muskoka region, 407 people have recovered, six are in hospital, 36 people have died and 33 people are still recovering in isolation.

Three Barrie Zehrs stores hosting Give a Little, Help a Lot campaign
Jul 12, 2020 9:00 AM
Comments
We welcome your feedback and encourage you to share your thoughts. We ask that you be respectful of others and their points of view, refrain from personal attacks and stay on topic. To learn about our commenting policies and how we moderate, please read our Community Guidelines.