Cottagers allowed back on Christian Island, but new rules apply 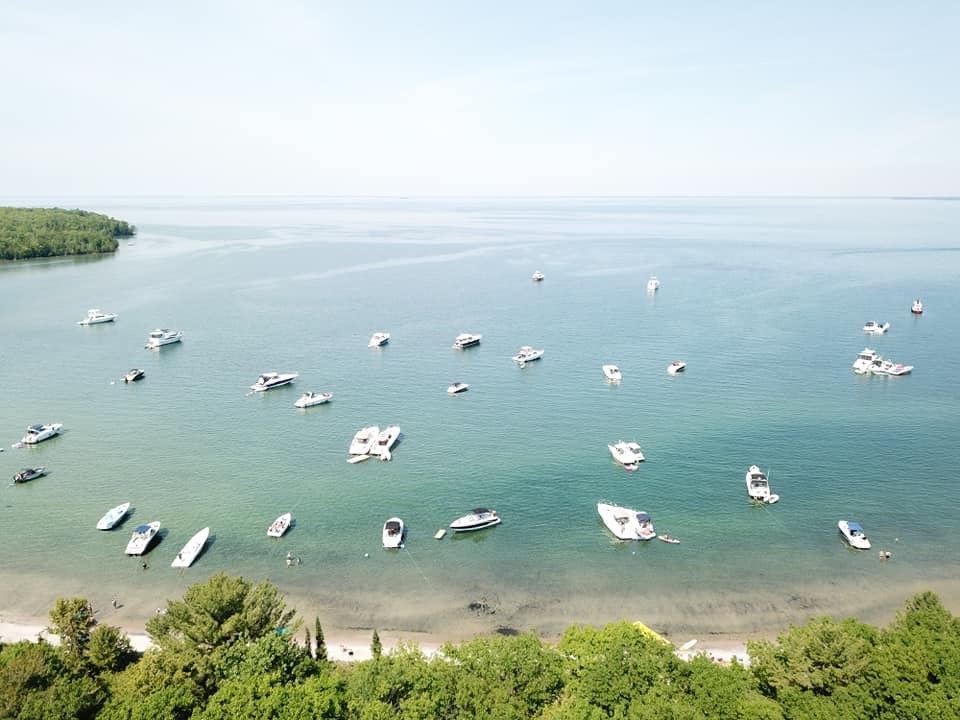 Despite lessening of rules involving cottagers, the general public is still not permitted on Beausoleil First Nation's islands like Beckwith. Supplied photo

Cottagers are again allowed on Christian Island, but there are still some rules in play to help permanent residents deal with the sudden influx of people.

In a note to Beausoleil First Nation (BFN) members, lands and resources manager Jane Copegog says that while they recently moved into another recovery stage, a number of protocols have been established to ensure the community’s continued safety.

“Since the pandemic started and the emergency order was put in effect, we may not have seen many people outside of our own families who have come over,” she said, adding that the band is working to ensure the return of “our seasonal guests” that began last Wednesday is done in the safest possible manner.

“A lot of thought and planning went into the response plan for the return of lessees. We need to be diligent in our own safety measures as well. You will only see our lessees in the line up at Cedar Point and even then, interaction will likely not occur. Our staff will be well-equipped with PPE and sanitizing equipment.”

For starters, those having cottages on leased land will be processed at a separate facility from the checkpoint used by BFN members.

“They will be checked against our visitor manifest and they will also be subject to our health screening at this location,” Copegog said, noting that those failing to pass screening requirements will be denied entry.

They are also required to wear masks at all times while being processed, cannot leave their vehicles while onboard the ferry and must go straight to their cottages.

“There will be no interaction with the general public and there will be minimal contact with staff,” she said, pointing out that contravening any of the rules will result in the lessee and their families being asked to leave.

There’s also a schedule in place with only half the cottager population allowed per week with the other half allowed to visit the following week. If a lessee leaves during the week of their arrival, they cannot return until two weeks as per the schedule.

However, despite the changes, the islands of Christian, Beckwith and Hope continue to be closed to the general public.

As for the cottagers, they must now complete an application where they list only their immediate family, who will be granted access.

“This will ensure that the number of guests is reduced from the usual numbers,” Copegog said, noting for the five-week period specified, trailers, RV's, boats, ATVs, Seadoos etc., will not be permitted.

Lessees are also not allowed on the first and last ferry runs of the day since those are reserved for staff and walk-ons are not permitted with passengers limited to five per vehicle as per Transport Canada regulations.

“Lessees are reminded that trips for leisure purposes are not permitted during the five-week period,” Copegog notes. “If the lessee(s) leave during the week that is specified for return, they cannot return until the next specified week.”

That means lessees are required to bring everything they need for the duration of their stay.

And during the current phase, lessees are not allowed to attend any place of business within the community and cannot leave their properties.

“As much as you may wish to see Islander friends and as much as Islander friends would like to see you as well, we discourage visitations with Island residents (and vice-versa) for the duration of the (five-week) schedule,” Copegog said.

Other changes outlined by the emergency operations team as part of the next stage include allowing more ferry trips, a resumption of partial Chimnissing Transit service with drivers and passengers required and non-essential businesses allowed to open at 75 per cent capacity, with employee and customer safety protocols for public notice.

As well, outdoor recreation facilities and campgrounds are allowed to have social gatherings up to 100 people and with the exception of businesses operating under capacity restrictions, indoor gatherings of more than 50 people are prohibited.

COVID testing clinic at Barrie hospital site will close Thursday
Sep 30, 2020 6:30 PM
Comments
We welcome your feedback and encourage you to share your thoughts. We ask that you be respectful of others and their points of view, refrain from personal attacks and stay on topic. To learn about our commenting policies and how we moderate, please read our Community Guidelines.