Mayor calls decision 'very disappointing but unfortunately necessary under the circumstances'
May 4, 2020 7:52 PM By: Raymond Bowe 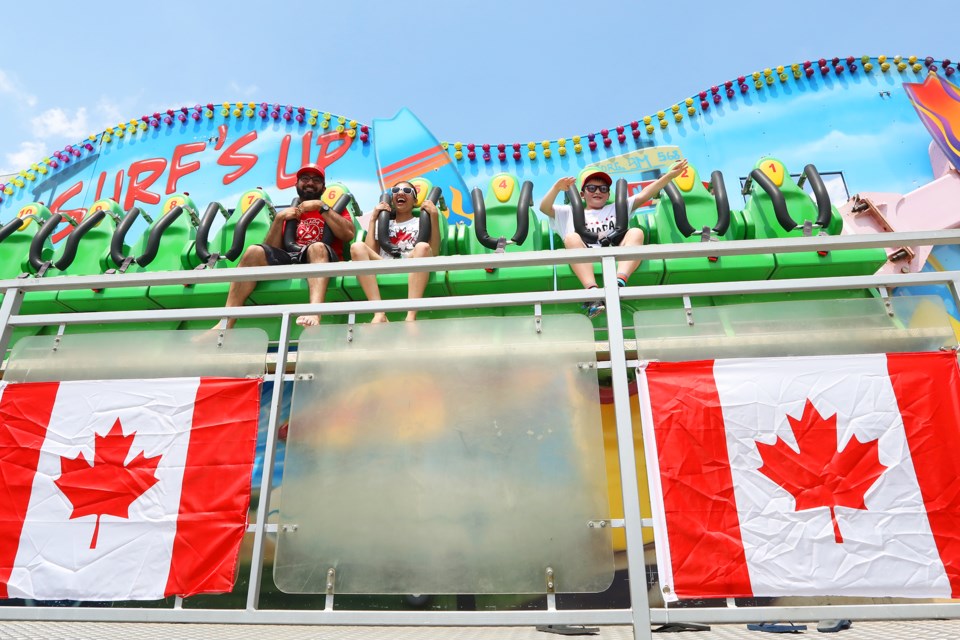 Visitors enjoy the rides on a steaming hot Canada Day in this file photo from 2018. Kevin Lamb for BarrieToday

Like so many other events, the city has put the kibosh on its popular Canada Day celebrations this year due to COVID-19.

During Monday night's general committee meeting, Mayor Jeff Lehman called it a "sad note" and "probably one that everyone saw coming."

"The Canada Day outdoor celebrations are going to have to be cancelled in their traditional form," Lehman said during the virtual meeting. "We can't have the large gatherings and, unfortunately, with the timing of those events, we have had to pull the plug on the planned events around Canada Day this year.

"We've seen this in other cities and, unfortunately, we've had to make the same decision now, because it's only seven weeks away," the mayor added. "We are being told that large gatherings are unlikely to be possible in that form by that day."

However, Lehman said alternative plans are being made, including an online celebration organized by Canadian Heritage across the country. The famous Snowbirds, who visited Barrie last year, are also visiting cities across Canada in the weeks.

He called the cancellation "very disappointing but unfortunately necessary under the circumstances."

In a news release issued following the meeting, the city says it plans to host a virtual celebration, although details are pending.

Each year, the city's Canada Day festivities and fireworks draw crowds of up to 40,000 people to Barrie’s downtown and waterfront. At this time, the emergency order is still in place, which prevents gatherings of more than five people and even if it was lifted in time for Canada Day, this type of event creates a challenge for attendees to maintain a two-metre distance from each other, says a city release issued following Monday's meeting.

By cancelling now, the city says it avoids issuing refunds or paying penalties to vendors.

The city's Canada Day party joins a growing list of cancelled events in the area. Most recently, the Boots and Hearts country music festival at Burl's Creek Event Grounds, as well as the Big Sky Music Festival, were cancelled for 2020, as was the Barrie Dragon Boat Festival.

However, no decision has yet been made by organizers on Kempenfest, the city's long-standing arts and crafts festival that's held along the waterfront during the Civic Holiday long weekend, July 31-Aug. 3.