Remember This?: Fads came and went, technology changed, but Milt Conway was a constant for Barrie (6 photos)

In this week's Remember This?, Mary highlights the varied life of one of Barrie favourite gentlemen — Milt Conway
0
Feb 15, 2017 12:00 PM By: Mary Harris
Previous Next
1 / 1 Milt Conway, far right, with Wendy Hicks next to him, circa 1965. Photo courtesy of Barrie Historical Archive and CTV Barrie.
Expand
Previous Next

In the summer of 1980, I got my very first job. I was hired as a snack bar girl at a golf course a few miles south of Barrie. The early part of my shift was usually spent making hundreds and hundreds of sandwiches for the lunch crowd, and most of the time I worked alone in the kitchen, my only companion being Mr. Milt Conway who provided a bit of friendly chatter and played some lighthearted music for me, on the radio.

I must admit, that being a teen girl from that era, I did not always appreciate CHAY’s musical offerings then – elevator music as I called it – and would have much preferred hearing something from the so-called New Wave movement!

But there was Milt, every day, his deep and steady voice keeping me informed and mildly entertained. A better co-worker would be difficult to imagine. 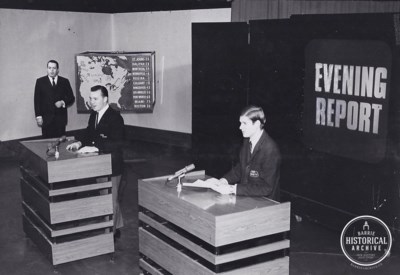 Milt Conway was no faceless radio voice to me. I knew very well what he looked like as he was a familiar visitor to our living room, having been a CKVR personality for many years. He was a tall bear of a man, with a friendly open face, dark hair slicked down and always neatly dressed. 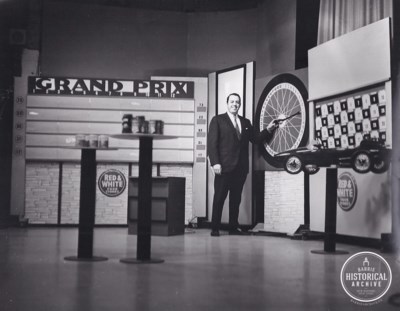 You remember those days. Most rural homes depended on an antenna to get any kind of television reception. We lived on a farm down in a hollow near the south end of Lake Simcoe, and even after my father bought a big forty-foot aerial at an auction sale, we only managed to get four channels, three of them fuzzy. We had a box called a rotor, about the size of a dinner plate, on top of the TV, and it made a sort of robotic wah-wah-wah-wah sound as you turned it. This slowly revolved the aerial until some kind of watchable image appeared. Channel 3, broadcast from a high hill in Barrie, was always dependable, as was the ever-present Mr. Conway. 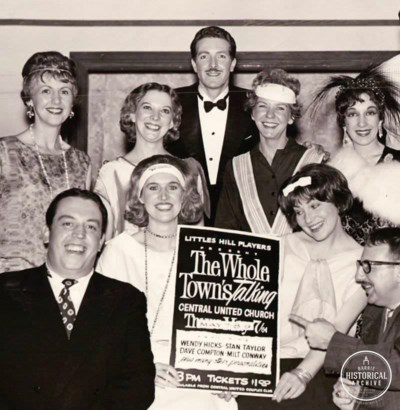 Production of 'The Whole Town's Talking' in 1964. Photo courtesy of Barrie Historical Archive and CTV Barrie.

My family arrived in Simcoe County in 1968. By that time, Milt Conway had been a regular on CKVR for nine years and was a seasoned veteran, appearing in multiple programs, sometimes all at the same time, which was common years ago, at smaller television stations.

I recall him best for the news broadcast, but he is widely remembered for ‘Reach for The Top,’ ‘Romper Room’ and ‘Time Out for Recreation,’ among others. 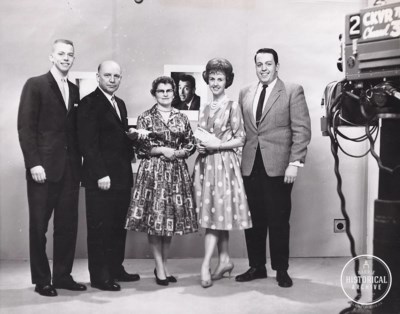 Milt Conway, far right, with Wendy Hicks next to him, circa 1965. Photo courtesy of Barrie Historical Archive and CTV Barrie.

Milt Conway was at CKVR during some years of great change. In the 1960s, television shows were first made in black and white and then later in colour, as the technology was perfected. Commercials were broadcast live in the beginning, and in later years, filmed for repeated use.

Kara Fleming, Milt’s elder daughter, told me that her father once had the job of driving a shiny new car across the studio stage for a live commercial for a local automobile dealership, only to sideswipe the wall! All he could do was exit the car as gracefully as possible and continue speaking to the camera about the handsome vehicle being advertised, while acting like nothing had happened. 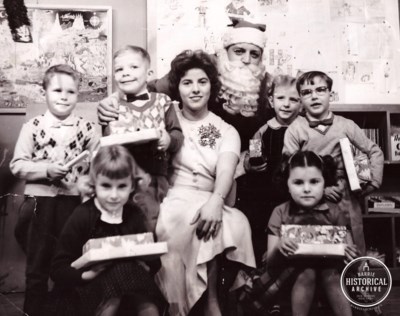 In 1973, Milt left CKVR and he and his wife, Liz, took a completely different course in life and purchased the idyllic Sherwood Inn on the shores of Lake Joseph, in Muskoka. Milt’s two daughters, Kara and Krista, were born during their time in cottage country. Innkeeping in a beautiful place cannot hold your attention forever if the airwaves keep calling, and so the Conways returned to Barrie, and in 1980, Milt started at CHAY-FM just in time to play some easy listening music for this newly employed snack bar girl. 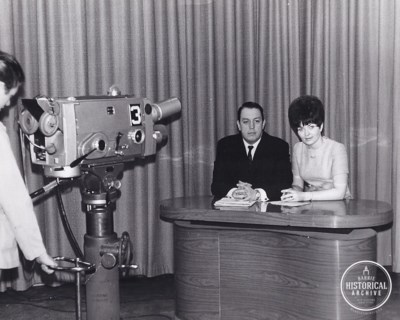 After 15 years as the daytime voice at CHAY-FM, Milt was ready to explore new things. He tried his hand at car sales and loved chatting with the customers, but not necessarily the negotiating of prices. He took a job as a night clerk at one of the now gone Mike’s Marts.

Milt worked for a time at Bill LeBoeuf Jewellers, but then his first love, broadcasting, began to curl a beckoning finger at him again. He put in nine years at Classical 96 before retiring for good.

Retired in no way meant sitting around.

Milt Conway was an active man and a people person. Every day, until his health forced him to quit, Milt walked around Kempenfelt Bay all the way from Johnson’s Beach to Minet’s Point, stopping to talk to passersby who recognized him. He loved that!

Milt also relished his time with his coffee club, a group of ‘old boys’ who met almost daily at the Queen’s Hotel for a gab session and story swap. Out of the bunch, including Doug Garraway, Jack Mattenly and others, Milt was the young guy. Rob Hamilton made sure their coffee was on the house, and Kara tells me that there is a photograph on the wall above their favourite table, and then adds that “Most of them enjoy their coffee in heaven now.”

Unfortunates: The Wonch family, part one (4 photos)
Feb 1, 2020 12:00 PM
Comments
We welcome your feedback and encourage you to share your thoughts on this story. We ask that you be respectful of others and their points of view, refrain from personal attacks and stay on topic. To learn about our commenting policies and how we moderate, please read our Community Guidelines.