When others run away, we run toward

In this week's Everything King, Wendy praises journalists for their courage and passion
Jul 3, 2018 1:00 PM By: Wendy King 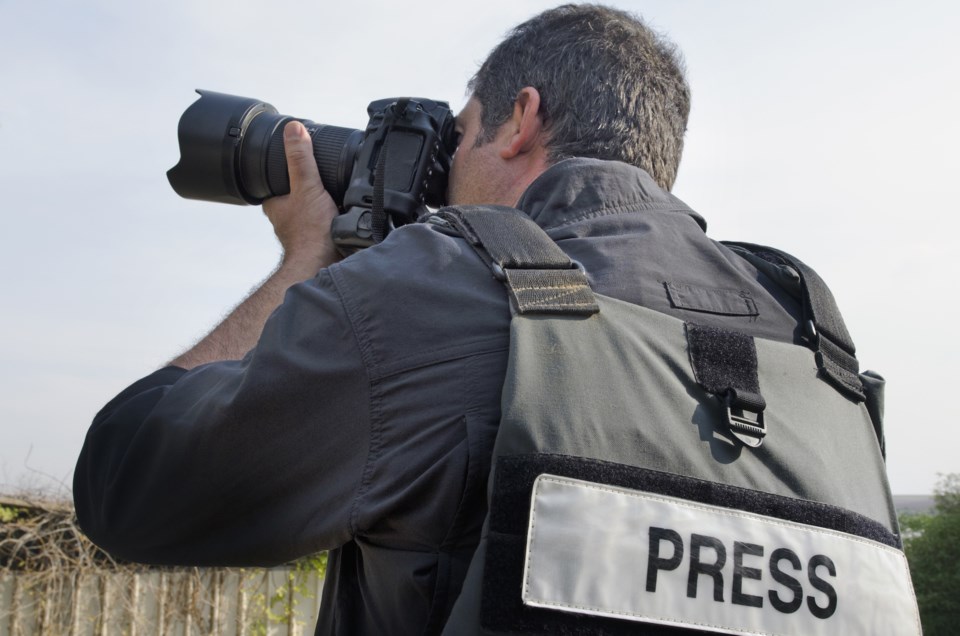 Trust me when I tell you that no journalist is in it for the money.

Reporters, news anchors, columnists and broadcasters all do it because of a passion.

There is innate desire to tell a story. There is a belief that telling the truth matters and that the public has a right to know what is going on in their community and around the world.

With the recent shootings in a small community newspaper newsroom in Annapolis, Md., I was reminded how much I love my chosen career and how important I always felt that it was.

During the rampage, at least one reporter was cowering under his desk listening to the gunman reload and at the same time tweeting out real-time information to the police and the public. Doing his job.

The same night with the newsroom completely shot up and shut down, reporters put their laptops on the back of a pickup truck and kept writing so that the Gazette would still be published the following morning – this time with five of their deceased coworkers on the front page. How hard do you think that was to do?

Just as first responders rush to an emergency scene, so do reporters. It takes guts and courage.

I remember having a seminar once on what to do if there were a disaster of some sort in the office and how to safely evacuate. When they asked the news department, we all said, “No, we won’t be going anywhere. We’ll be in the newsroom doing our job.”

That’s what journalists have always done – in a war zone, an earthquake, tsunami, Barrie’s tornado – and a slew of situations that need to be documented and covered. When others run away, we run toward.

The pay is horrible. The hours are long and take a toll. You never know what each day will bring which can be a blessing or a curse.

I used to say I was going to the meeting so you don’t have to.

If you don’t think that’s a public service then YOU sit through a three-hour municipal committee meeting on drainage and let me know how you enjoyed it.

There are a lot of angry listeners or readers all too ready to call you stupid. You’ll be called a liar. You’ll be sworn at, berated, possibly sued and sometimes threatened. You have to shake it off and do the job. You will be under appreciated by management until the day you are told no one cares about the news anymore and you have to take your pen and paper and go home.

I still think journalism is an honourable profession.

Perhaps reporters don’t face life and death in the same way as a police officer or firefighter does, but in this angry climate and as we have just seen, it can be.

I get frustrated every single time I hear the U.S. President called the media “the enemy of the people.” The media is really the protector of the people.

We are not liars. We are not low life scum. We are just regular people trying to get the story and the picture and make it understandable and hopefully entertaining.

You may not like the message but please, please – and I mean this quite literally – don’t shoot the messenger.

COLUMN: During this tough time, brighten some spirits and leave those Christmas lights on
Jan 12, 2021 1:00 PM