Summer reunion: A time to relive the glory days of radio

In this week's Everything King, Wendy talks about the dread that can precede the annual summer reunion and the joy that can surprise you
Aug 13, 2019 1:00 PM By: Wendy King 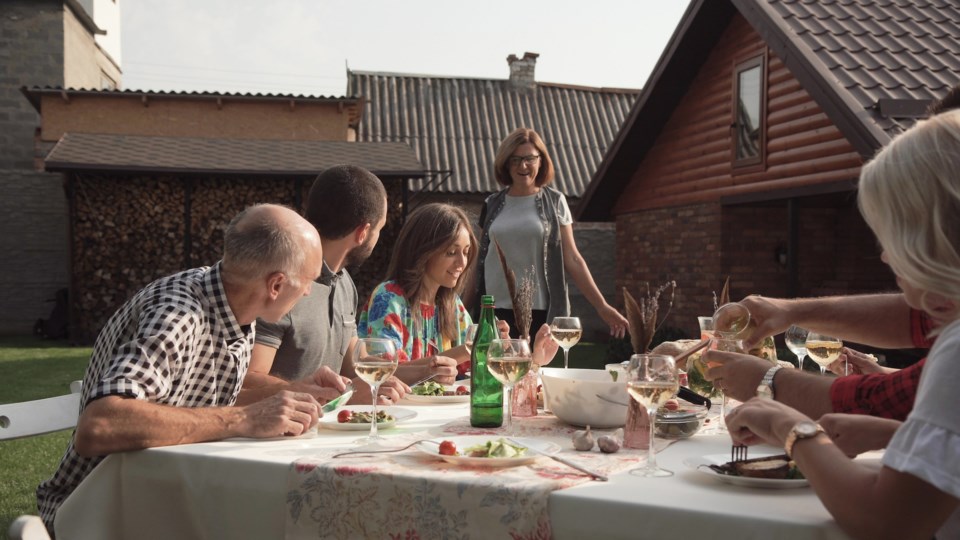 They are either a joyful seasonal occasion or the bane of one's existence or both.

Whether the invitation is for a family get-together, gathering of a school class or an anniversary commemoration of a organization or workplace, it can induce angst.

Perhaps, its my tendency to "awful- ize" events, but somehow I don't think I am alone.

"What if they don't recognize me?"

"What if I don't recognize them?"

"What if I have aged the worst of everyone and they are horrified at the sight of me?"

"What if they look hideous and I gasp?"

From the acceptance of the invitation to the arrival at the party, there is a battle between my introvert and extrovert personalities. I decide to just go for one hour and if I get uncomfortable I can always leave.

All these decades later and still the old insecurities creep back in.

"What if I have nothing to say?"

"What if they go around the circle asking our accomplishments for the past 40 years?"

Had I been thinking clearly I would have realized this was a radio station reunion and chances are every single person had been fired, downsized or layed off by now. I certainly wouldn't be alone in that.

As it turned out it was the nicest afternoon I had enjoyed in ages.

Everyone looked amazing. Everyone was just happy to be in each other's company.

It was great to hear the old stories told by those announcers of yesteryear with the still golden pipes.

We talked about the days of always live radio, 15-minute newscasts, programming done by the disc jockeys not via computer in head office somewhere. It gave the shows a personality.

Listeners connected with the on-air personalities. We remembered some of our small-town hokey shows like Trading Post, Coffee Club, Sunday Gospel Hour. One announcer went to a different local church each Sunday and broadcast the service. (If there was a problem there was hell to pay on Monday)

We looked at old pictures. My former boss brought out a letter I wrote her 35 years ago that she always kept.

There was a lot of time spent trying to remember names and years of service.

I found myself asking:

Sadly, sometimes the answer was yes. That's what made this sunny afternoon in August so special.

There were happy memories of a time when radio was part of the fabric of the family. Listeners knew us and we knew them. We told their stories because it mattered. We were a community.

I was 18 when I began in the crazy world of broadcast journalism. I was so proud to work at the hometown station. There was great talent there.

Of course, media is not the same now. With rare exceptions, music is selected via computer by some faceless computer program. News is rarely delivered live by a person locally engaged in the community. Listener loyalty is on its last legs.

For one lovely summer afternoon I got to relive my glory days, though I didn't appreciate it then.

I didn't shut up for four hours and didn't want to leave.

I can't wait for the next reunion.

Wendy ventures out to see her stylist, mechanic and massage therapist
Jun 23, 2020 1:00 PM
Comments
We welcome your feedback and encourage you to share your thoughts. We ask that you be respectful of others and their points of view, refrain from personal attacks and stay on topic. To learn about our commenting policies and how we moderate, please read our Community Guidelines.