Shallow is the new deep!

As Wendy explains in Everything King on this particular Oscar night, it's acceptable to be shallow
Feb 19, 2019 1:30 PM By: Wendy King 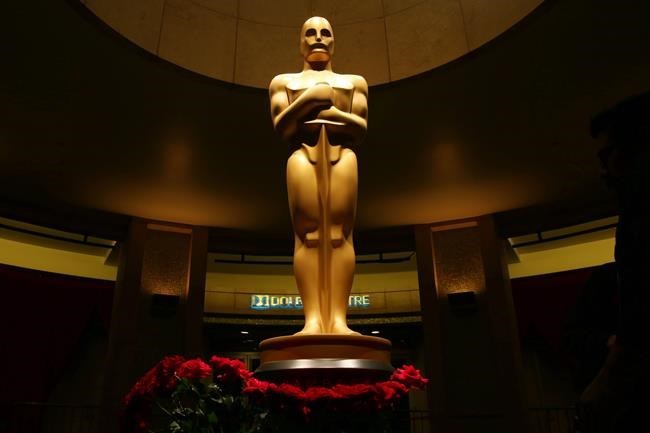 For one night, I feel like a legitimate movie critic ready to accurately rate this years field of Oscar-nominated films.

Because I saw one nominated picture.

This is one more than I saw last year.

Isn’t it funny how once you have seen the movie, all of a sudden you are insistent that it should win every award even though you have nothing to compare it to? It doesn’t matter, on Oscar night, we are allowed to be judgemental. In fact, it is expected.

The movie I saw (twice) was A Star is Born.  I am embarrassed to say I knew very little of Bradley Cooper’s career before this.  Afterward, I couldn’t get enough.

Same can be said for Lady Gaga. Of course, I knew who she was and remembered some of her kooky outfits, but for some reason I didn’t grasp how talented she is until this film.

There was something about this particular movie that has haunted me. I’m not sure I can put my finger on why exactly. It is rare a film really sticks with you so much that you can’t get it out of your head. This one has refused to leave my heart and mind.

I’m not sure if it was the fact it seemed to me they weren’t acting, which, of course, is the basis of good acting. The conversations seemed so logical, so real, almost ad-libbed.

As most people know this isn’t even an original idea. There have been three other A Star is Born movies, with Judy Garland, Janet Gaynor and Barbra Streisand. I have only seen two.

The storyline is similar, with some updated circumstances and language. It just had a lot to say about so many things from the disease of addiction to the beauty and tragedy of stardom to a portrait of true love.

Plus, the music. The soundtrack of the current movie was spectacular. How incredible is it that Cooper learned to sing for the role and shows up as an amazing rocker?

Lady Gaga, she just has this spectacular voice.

The song Shallow made its way into my heart and will not leave. It has become a welcome ear worm to me. Every single time I hear it, I can’t get it out of my head. I think it needs to win the Academy Award. We shall see.

Speaking of Shallow,  I am and I intend to be as the stars show up on the red carpet.

I may not be able to afford nor fit into any of the ensembles, but I am within my rights to criticize them.

You know there will be someone who turns up looking like a feathered ostrich.

There will be countless outfits that leave me hyperventilating worrying their boobs (no matter fake or real) are going to pop out.

I will worry that someone is going to trip on a too long train or on sky-high stilletos.

Some gowns and suits will be cringeworthy, while others will take our breath away.

There will be a colour trend.

I will be critiquing each and every celebrity as I sit on my well-worn couch in my tacky, ripped, flannel nightie holding court and eating salty snacks.

C’mon, it’s the one night we can pretend to be superior.

“What was she thinking?”

“Who created that hideous get-up?

“Is that guy not wearing socks?”

"I don't recognize any of these people!"

I give myself permission just this one night to find fault with people who are obviously more talented, more attractive and richer than I.

I already know my Oscar moment will be Cooper and Gaga singing that song together one more time.

“Sha-a-lal-lal-low—we’re far from the shallow now."

I shall wallow in my shallowness on this one golden night.

Wendy has gone from germophobe to just being afraid of people
Jun 30, 2020 1:00 PM
Comments
We welcome your feedback and encourage you to share your thoughts. We ask that you be respectful of others and their points of view, refrain from personal attacks and stay on topic. To learn about our commenting policies and how we moderate, please read our Community Guidelines.