ONTARIO: Could you eat all wild foods for a year? This couple thinks they can

'It came from conversations with friends, basically debating whether it could be done, and we just decided to do it'
0
Jan 25, 2019 9:00 PM By: Chris Dawson 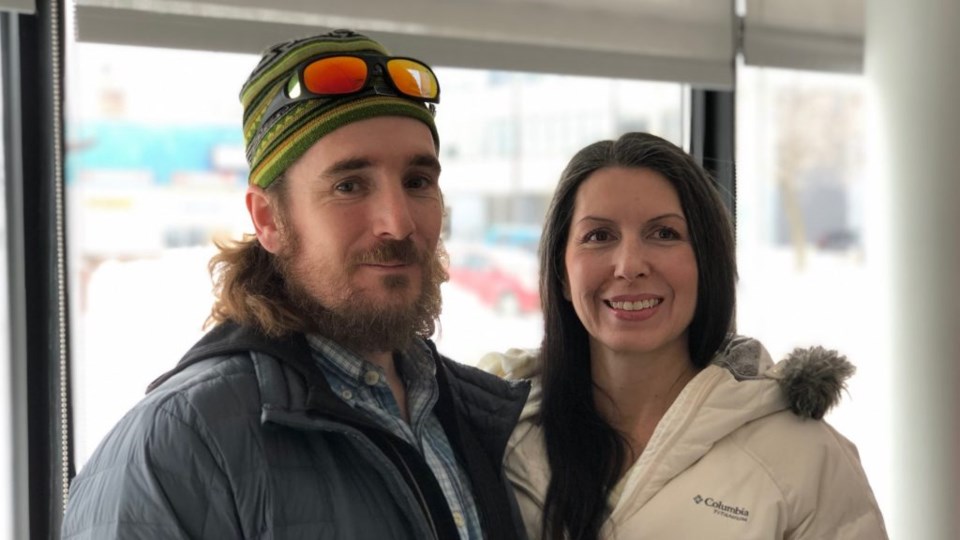 A North Bay couple has started a unique venture for the 2019 year.

Delphanie Colyer and Jeremy St. Onge have decided they are going to eat only wild food they collect themselves for the entire calendar year.

The couple says the idea started from simple conversations.

“It came from conversations with friends, basically debating whether it could be done, and we just decided to do it,” St. Onge told Rogers Radio’s Richard Coffin.

The couple has been planning for this for a while - an entire year in fact - to be ready for the 2019 challenge. That includes a couple freezers full of food that will last them until the snow melts and they can collect again.

“We’ve been collecting for over a year and what we’re doing is collecting and eating only wild food for all of 2019, so all of our fish and animals, plants, bugs and mushrooms are things that we’ve collected ourselves,” said St. Onge.

“We’re basically living off of our freezers until probably May, although we’re still collecting different conifer needles for tea and we’ll be doing a lot of ice fishing.”

Along with food, the couple also is using non treated water as part of the 'Big Wild Year.' All the water they are drinking comes from a country well.

St. Onge says the first couple days were tough going without caffeine but Colyer says within just three weeks she says they are feeling a difference.

“Our joints don’t hurt, our skin is better, we’ve lost weight, already in just the three weeks there has been significant changes,” she said.

About the Author: Chris Dawson

Chris Dawson has been with BayToday.ca since 2004. He has provided up-to-the-minute sports coverage and has become a key member of the BayToday news team.
Read more