The study dispels concerns that vulnerable people were being pushed into requesting medical aid in dying because they had few other options
0
Feb 12, 2020 7:20 PM By: Canadian Press 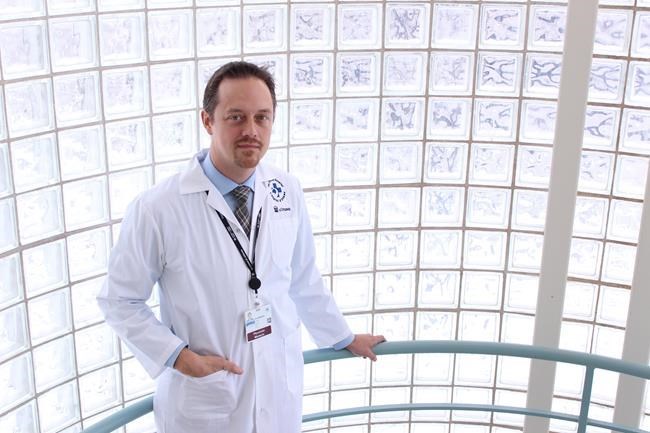 MONTREAL — Medical aid in dying is not being driven by factors such as poverty, isolation, or lack of access to proper palliative care, according to a new study by Canadian researchers.

The study dispels concerns that vulnerable people were being pushed into requesting medical aid in dying because they had few other options, says lead author James Downar, palliative care specialist at The Ottawa Hospital and the University of Ottawa.

"When I look at his data ... it tells me that (medical aid in dying) is really not being driven by a lack of access of to palliative care," Downar said in an interview Tuesday. He added that the data also shows the procedure is not being driven by "socioeconomic vulnerability."

Medical aid in dying was legalized in Quebec in 2014 and then across Canada in June 2016.

The research paper called "Early experience with medical assistance in dying in Ontario, Canada: a cohort study" was published Wednesday in the Canadian Medical Association Journal.

It analyzed clinical and socioeconomic data from 2,241 Ontarians who received the procedure between June 2016 and October 2018. Researchers compared the data to those of 186,814 Ontario residents who died during the same time period.

They found 75 per cent of Ontarians who were administered medical aid in dying were younger, wealthier and more likely to be married at the time of their death compared to the general population.

Almost half of medical aid in dying recipients were married, 85 per cent lived in a private home, and they were more likely to live in a higher income neighbourhood.

Downar said the study is the first of its scale to be conducted on medical aid in dying and benefited from Canadian data. He said he wasn't surprised by the results because studies in the U.S. and in Switzerland produced similar findings.

Downar, who has administered medical aid in dying, said his former patients had financial means, were doctors themselves or engineers, and were well supported by their families.

"No one would have qualified them as vulnerable," he said.

The broad findings of the study, Downar added, would likely be consistent across other provinces.

The study did not include information on how many Ontarians requested medical aid in dying and were refused.

Also unknown is why 25 per cent of those who had the procedure were not receiving palliative care.

Downar said that while it's reassuring that medical aid in dying isn't being driven by socioeconomic vulnerability or lack of access to palliative care, 2,241 people were suffering enough that they wanted to end their life.

He said physicians and researchers should focus on better understanding factors that lead people to request such a procedure. Factors, he said, such as existential distress.

"I think my obligation, and our obligation as health care providers and researchers is to start to understand this better."

This report by The Canadian Press was first published Feb. 12, 2020.

BEYOND LOCAL: Couples take the leap into marriage with leap day weddings this weekend
Feb 27, 2020 8:55 PM
Comments
We welcome your feedback and encourage you to share your thoughts on this story. We ask that you be respectful of others and their points of view, refrain from personal attacks and stay on topic. To learn about our commenting policies and how we moderate, please read our Community Guidelines.