16 per cent of Canadians are worried to some degree about paying their housing costs in August, and one in four renters specifically are worried about making rent
Aug 17, 2020 8:55 PM By: Global News 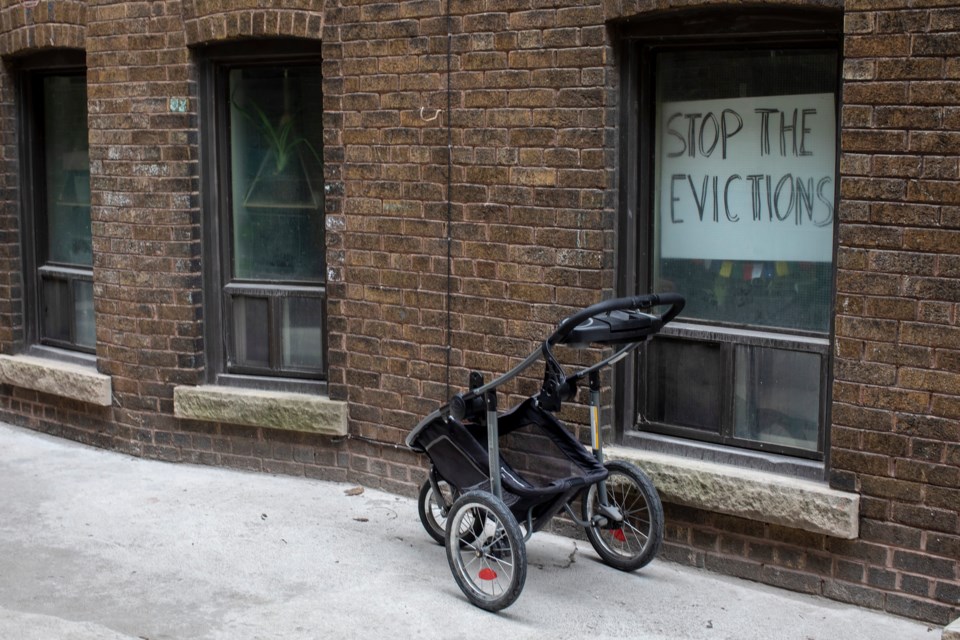 Housing and tenant advocates say they’re worried that the end of eviction moratoriums, implemented as the coronavirus pandemic hit Canada, will contribute to an increase in homelessness this year.

Many provinces — including British Columbia, Saskatchewan, Ontario, Quebec and Nova Scotia — suspended residential evictions for unpaid rent in the spring as governments shut down economic activity and begged people to stay home to curb the spread of COVID-19.

With some of those temporary bans already lifted and others to follow soon, a poll released Wednesday suggests 16 per cent of Canadians are worried to some degree about paying their housing costs in August, and one in four renters specifically are worried about making rent.

“This gives a national number that I think should be setting off alarm bells in provincial capitals around the country, especially those that have eviction moratoria in place and are considering lifting those,” said Tim Richter, president of the Canadian Alliance to End Homelessness, the national charity that commissioned the poll.

While he didn’t say whether those numbers represent a sharp increase from pre-pandemic times — noting Canada’s data on homelessness isn’t “really good” — Richter said his organization has been hearing concerns about evictions during the pandemic “as a result of high housing costs and job losses.”

Five per cent of respondents reported experiencing homelessness at some point in their lives — which, when adjusted to Canada’s population, represents as many as 1.6 million Canadians, according to the organization.

Of the renters and owners who reported feeling worried or somewhat worried about paying their housing costs next month, the highest number of them reside in the Prairies (22.6 per cent) and in Atlantic Canada (20.3 per cent).

With the end of the COVID-19 pandemic nowhere in sight, Richter urged all provinces to consider a staged plan for lifting eviction suspensions because many people — particularly low-income workers — are still experiencing financial difficulty.

“I think we should be extending these moratoria at least into the spring to make sure that we aren’t propelling vulnerable people into homelessness.”

In British Columbia, the eviction ban is scheduled to lift on Sept. 1. However, the B.C. government is maintaining a ban on rent increases until December and giving tenants until July 2021 to pay back any outstanding rent to their landlords, so long as they make monthly installments.

With many low-income households suffering from a loss of work and income this year — some of whom don’t qualify for federal emergency benefits — Margaret van Nooten of Montreal-based Project Genesis, a community organization that advocates for tenants, said she believes homelessness will increase as the pandemic’s financial pressures tip people over the edge.

“There’s a real shortage of affordable housing here in Montreal — a dire shortage,” she said. “And also it’s very hard for people, especially people who might have an eviction decision on the record, to get a dwelling.”

In Montreal, Nova Scotia and Ottawa, local housing advocates said they’d like to see the temporary eviction bans extended as the pandemic drags on. In the national capital, the local chapter of ACORN — a national organization that advocates for low- and middle-income families — wants evictions suspended until at least the end of 2020, among other measures.

“COVID made the housing crisis worse,” said Bader Abu-Zahra, a campaign leader with Ottawa ACORN who has heard recent eviction stories from members.

For other short-term solutions, Richter said the Canadian Alliance to End Homelessness would also like to see cities buy and convert hotels into affordable housing and create modular housing. But in the long term, he said, governments need to increase their investments in affordable housing construction, including rentals.

The poll released Wednesday suggests 72 per cent of Canadians think ending homelessness in the country is a matter of urgency, while 84 per cent support or somewhat support “investing in building new affordable housing to stimulate the economy and help end homelessness.”

While the virus has dealt a blow to people’s finances and living situations, Richter said he still sees a silver lining in how Canadians have responded to the challenge.

“We’ve seen communities scramble to protect homeless people, who are at incredibly elevated risk from COVID-19,” he said. “It proves that we can act urgently if we decide to.

“There’s very few excuses left for governments not to act. We know what to do. We know how to do it. We know the public supports it.”

The poll referenced in this story was commissioned by the Canadian Alliance to End Homelessness and conducted by Nanos Research between July 26 and 30. The survey included answers from 1,094 respondents over the age of 18 and is accurate to within plus or minus 3.0 percentage points, 19 times out of 20.