A new report suggests that Canada's electricity providers need to appeal to a younger and more diverse workforce
0
Apr 12, 2019 9:25 AM By: Canadian Press 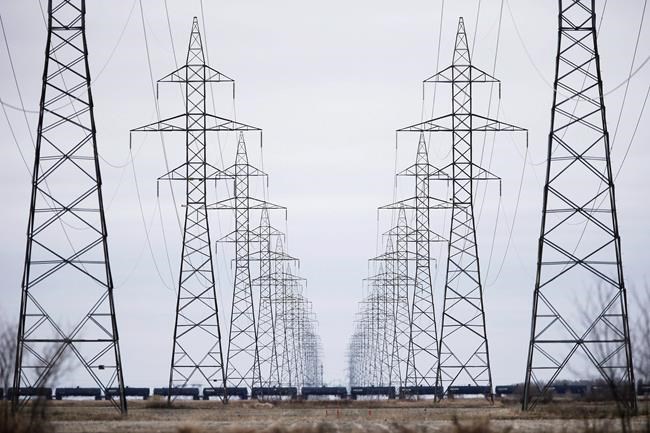 OTTAWA — Canada's electricity providers say they need to appeal to a younger and more diverse workforce if they're going to keep the country's lights on.

A new report on the industry's labour needs from Electricity Human Resources Canada suggests at least 20,500 new workers will be needed in power plants and transmission systems before 2022.

"It's extremely critical," said Michelle Branigan, the CEO of the organization formed 15 years ago to address workforce concerns in the sector.

Almost 107,000 people are employed directly in the industry in Canada, from generation to power delivery. Currently the industry is not as diverse as Canada as whole, with women accounting for only one in four employees and visible minorities just over one in 10. It's also older than average: Workers under age 25 account for fewer than one in 20 people.

The demand for new workers is complicated by the fact many of the jobs require substantial training.

"These people are not trained in like three months or six months and ready to hit the ground running," said Branigan.

Most of the new workers will be needed to replace the aging workforce, but the industry is also expanding as demand for power grows thanks to battery-powered electronics, electric cars and digital systems.

The future workforce is also going to have to be more agile, able to work on renewable energy sources and digital technologies that are transforming the sector at a rate it has never before seen, said Branigan.

Failing to address this critical demand for workers runs the risk that Canada's power systems will become less reliable, she said.

"If you don't have the right people in the right place at the right time, with the right skills, that's where we could run into difficulty," she said.

The report notes a number of electricity-sector jobs demand similar skills as other industries — engineers, cybersecurity experts, information and communication technology specialists, to name a few — and electricity companies have to compete with flashier and more popular companies for the same workers.

Many young people know little about the provincial utilities that generate and transmit much of Canada's electricity, Branigan said.

"But do you know Google, do you know Shopify, do you know these types of organizations? Yes, you do. Those resonate with young people. Where are they going to think about when they start thinking about an industry that is sexy and cool and is going to be exciting for them?"

Nirav Patel, the director of human resources at Ontario Power Generation, said promoting the skilled trades as options for young people, and marketing the industry to kids as young as elementary-school levels, could help attract them.

Patel also said while the industry is changing, there is one thing electricity can offer that some other industries cannot: security.

"The jobs are going to be around for a long time," he said.

Branigan also warned employers not to focus on the big physical need to refurbish and modernize electricity grids, at the expense of the workforce that runs them.

"At the end of the day we need the people to keep the power on," she said.

BEYOND LOCAL: Having a boy or girl doesn’t run in the family, study says
Feb 21, 2020 9:25 AM
Comments
We welcome your feedback and encourage you to share your thoughts on this story. We ask that you be respectful of others and their points of view, refrain from personal attacks and stay on topic. To learn about our commenting policies and how we moderate, please read our Community Guidelines.