BEYOND LOCAL: 'We're paying for climate change with our health,' prof says

Prof also says that carbon pricing is just what the doctor (and the economist) ordered for a healthier planet
0
Jun 30, 2019 8:55 PM By: The Conversation 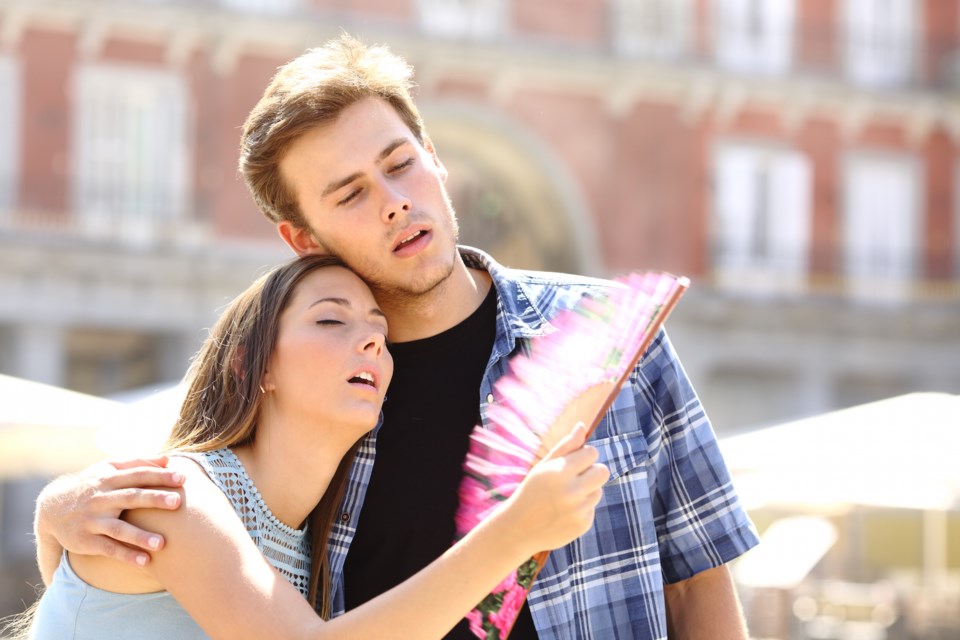 This article, written by Christopher Ragan, McGill University and Courtney Howard, University of Calgary, originally appeared on The Conversation and is republished here with permission:

Doctors and economists may seem like strange partners. We spend our days working on very different problems in very different settings. But climate change has injected a common and urgent vocabulary into our work. We find ourselves agreeing both about the nature of the problem and the best solution. It’s essential that we put a price on carbon pollution.

For doctors across Canada, the evidence at the bedside is increasingly hard to ignore: climate change poses a serious health risk.

Emergency physician Edward Xie has worked in Toronto for over 10 years. Lately, he’s seen more patients anxious about tick bites. It’s no wonder. A recent medical study shows a fivefold increase in Lyme disease cases in Ontario between 2012 and 2017 as ticks expand their habitat northward.

Dr. Xie also notices more cases of heat exhaustion and dehydration in summer months — particularly among elderly and low-income individuals who lack adequate housing. In Toronto alone, heat already contributes to an estimated 120 deaths each year. The city expects that number to grow.

We’re paying for climate change with our health

In an interview, Dr. Sarah Chapelsky, an Edmonton internist, recalled patients who were hospitalized because they fled the Fort McMurray fires in May 2016 without taking their inhalers or prescriptions. Although it takes time to connect individual events to climate change, there is a growing body of evidence linking climate change and wildfires.

Fort McMurray’s hospital itself was evacuated, demonstrating the threat climate change poses not only to health, but to health systems.

From Lyme disease and heat stroke to heightened risk of premature death, climate change puts the wellbeing of all Canadians at risk. The symptoms vary, but they share a root cause.

There’s more than our health at stake. Economists now view charged-up wildfires, floods and storms as a new normal — disruptive events that threaten homes, jobs, businesses and our continued prosperity.

The Fort McMurray wildfires cost Alberta $9 billion, about 2.5 per cent of provincial GDP. British Columbia’s 2018 wildfire season was its worst ever, breaking the record set in 2017. The asthma-aggravating smoke travelled hundreds of kilometres across the Prairies. Millions of Canadians inhaled poor-quality air for weeks.

One way or another, we are paying the costs of climate change — in sick days and lost wages, rising health care costs and home insurance rates, and a less stable climate for the next generation. And we’re still adding new charges to our bill.

Both professions agree: we must act. Several Canadian medical organizations issued a call to all federal political parties to act on climate change, urging serious treatment for what the World Health Organization calls “greatest health threat in the 21st century.”

In a new open letter, more than 3,500 economists state that climate change is “a serious problem” calling for immediate action. The Lancet Countdown on Health and Climate Change research collaborative, which includes doctors and economists, agrees that adequately pricing carbon could be the single most important treatment for climate change.

Economics has a very clear prescription for these challenges: carbon pricing. In the same way that penicillin treats an infection, carbon pricing can help fight climate change. It effectively targets the root of the problem and there’s a mountain of evidence that it works.

Carbon pricing mobilizes market forces, creating incentives for businesses and individuals alike to seek out low-carbon alternatives. It encourages innovation, creating demand for non-polluting technologies and the industries that supply them. And it provides a clear signal to polluters that they are imposing costs on others.

There is good evidence that carbon pricing will slow climate change. It has reduced carbon emissions in British Columbia, several U.S. states, and across Europe for more than a decade. It was pivotal in the United Kingdom’s move away from coal power. A price on pollution was a vital part of the effort to eliminate acid rain in the 1990s. Like putting a price on tobacco, it encourages a gradual shift towards healthier behaviours.

Doctors and economists agree. Climate change is here, it’s getting worse, and the best time to do something about it is right now. For healthier families, a healthier economy, and a healthier planet, carbon pricing is just what the doctor (and the economist) ordered.