BEYOND LOCAL: Don't ditch your friends for a new romantic partner, expert says

Losing friends while you are in a relationship can hurt you in the long run, relationship expert says
0
Dec 31, 2019 8:55 PM By: Global News 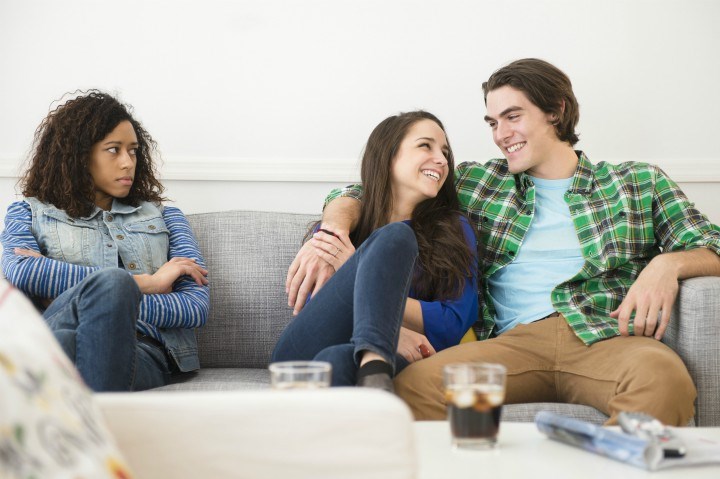 Romantic relationships are often a large part of our lives and a key source of happiness for many of us.

But that time spent on a partner or spouse can drive a wedge between you and your friends, says Toronto-based relationship expert Jessica O’Reilly.

Some people prioritize their partner over their friends, which can be understandable as many couples are “best friends,” O’Reilly told hosts on Global News’ The Morning Show.  However, you might want to do a better job of balancing your attention between a partner and your friends, she explains.

“Every relationship is different so you have to decide for yourself, are you going to be the closest with your friends or with your partner?” she said. “What’s important is that you try and blend those groups.”

Ensuring friends and your partner get along

O’Reilly points to a 2010 study by researchers at Oxford University that found you lose two friends on average when you gain a new romantic partner. The study found many people engage less with friends after getting into a relationship, and those friendships start to deteriorate quickly.

“It has to do with expenditure of emotional energy, and people only have so much,” she said.

She recommends you try to blend both those groups and ensure you continue to engage and keep in touch with friends.

“It’s not that you always have to hang out with [both groups],” she said. But it’s important that they get along, she adds.

“If your friends do not like your partner, it increases the chances of you breaking up,” she said.

If there’s tension between both groups, examine your own role in why they might not be fond of each other, says O’Reilly. That could be the case if you complain about the other group to both parties.

“That sours each other’s view of the other person,” she said. “If you do think someone isn’t acting as warmly as they could … you might need to step in and say something.”

Keeping friendships throughout a relationship

Losing friends over time is natural, and people will move in and out of your life, says O’Reilly. But if you lose many of them while you’re in a relationship, that can hurt you in the long run, she explains.

“If you get into a relationship and you drop your friends, you cannot necessarily expect them to be there for you if or when you break up,” she said.

This is especially true if you haven’t been there to support your friends or spend time with them while you’ve been in the relationship, says O’Reilly.

“We push them aside, and then when we need them, we expect them to be there,” she said.

As we get older, friendships become increasingly important for our mental health and well-being, according to a previous Global News report.

“Given the overwhelming evidence that friendships are important for our emotional and physical health, it is well worth investing in creating social support that reflects who we are,” therapist and friendship researcher Miriam Kirmayer said in a previous report.

Investing in those friendships and connections is crucial to keeping a support network for all aspects of life beyond a breakup, like motherhood or retirement, said Kirmayer.

For more on how romantic relationships can impact friendships, watch Jessica O’Reilly in the video above.