Scott Cavalheiro and his wife, actress Claire Stollery, are using a ‘larger than life’ approach to highlight a serious issue that causes more than 185,000 incidents a year at Canadian hospitals
0
Apr 8, 2019 9:25 AM By: Jenni Dunning 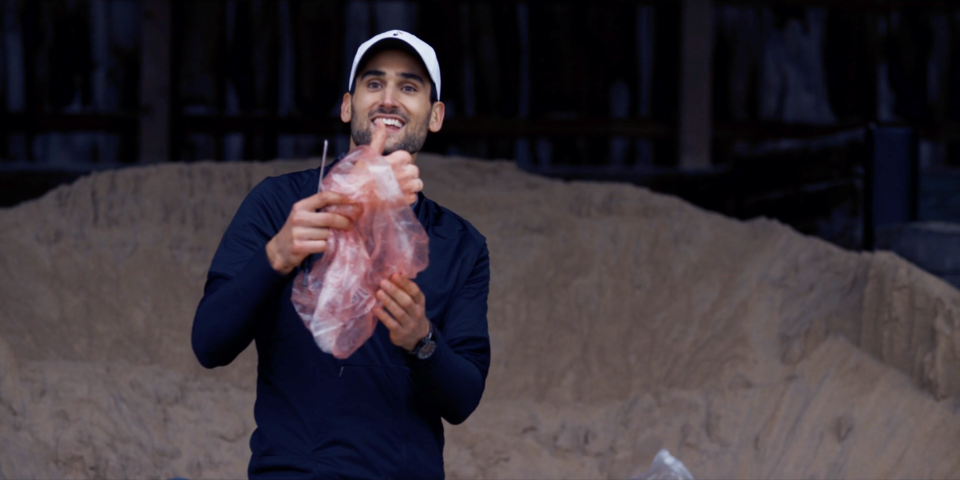 Imagine your loved one goes for a routine checkup at a hospital.

But something goes wrong, and they die soon after.

You believe it is medical malpractice, and so you take revenge the only way you know how — by murdering the people responsible.

It may seem extreme, but that is the premise Scott Cavalheiro, an actor from Bradford West Gwillimbury, and his wife, actress Claire Stollery, are using in their digital series TRIGGERED about the serious topic of malpractice.

“It’s a larger than life approach,” said Cavalheiro. “It’s sad (malpractice) is so normal. It shouldn’t be tolerated in 2019. It is really tragic.”

This equals to about 7.5 per cent of the almost 2.5 million annual hospital admissions in Canada at the time, read the study.

Cavalheiro and Stollery drew inspiration for the series, which they star in alongside Michael Cram (Flashpoint) as the villain, from real-life experiences of Cavalheiro’s family.

One of his relatives visited a local hospital for a “routine checkup” and Cavalheiro said his family alleges a dirty needle was used when drawing blood, and the relative died a few days later.

When they approached hospital staff about the incident, he said “they were met with crossed arms” and the alleged malpractice was never officially proven.

“In a world where the title is 'health-care professional,' there’s better ways to handle mistakes,” he said. “We learn that mistakes are occasion for learning, but when someone’s life is in your hands, (money or an apology) doesn’t bring the person back.”

So he and Stollery — working as the actors, writers, producers and executive producers of TRIGGERED — have decided to use action and humour, with the feel of Ocean’s 8 and TV show Revenge, to depict a serious topic.

The plot focuses on Frankie (Stollery), a former event planner-turned assassin, who gets revenge on the health-care system that murdered her mother, and then plans to frame it on the only person she has ever loved, her partner, Razor (Cavalheiro).

“Claire chose (the name Razor) based on my jawline. I said, ‘That’s offensive, but I’ll take it,’” joked Cavalheiro.

“These nimble bodies are going to be breaking hips all over the place,” said Cavalheiro, with a laugh.

During one scene, Cavalheiro and Stollery take down two men, wrapping plastic bags over their heads.

Cavalheiro said they were extremely cautious during filming, but the men (Jones played one of them) could actually breathe through the prop bag the entire time.

Cavalheiro and Stollery have raised about one-third of their budget so far, and are recruiting additional actors, including a “pretty well-known actor to play Ben,” the boyfriend, Cavalheiro teased.

The pair are also working on scouting locations for the series, with some already locked down in Markham and downtown Toronto, although the series is meant to be set in “North America” for a broader reach.

Filming some of the series in Bradford West Gwillimbury and Barrie may be an option, Cavalheiro said.

But the main goal of the series is to help spread awareness of malpractice to as many people as possible.

“We really want to create a show that talks about this topic that not a lot of people talk about… or even know about,” he said.

WATCH: Trudeau addresses racism and situation in US in daily briefing
Jun 1, 2020 4:14 PM
Comments
We welcome your feedback and encourage you to share your thoughts. We ask that you be respectful of others and their points of view, refrain from personal attacks and stay on topic. To learn about our commenting policies and how we moderate, please read our Community Guidelines.